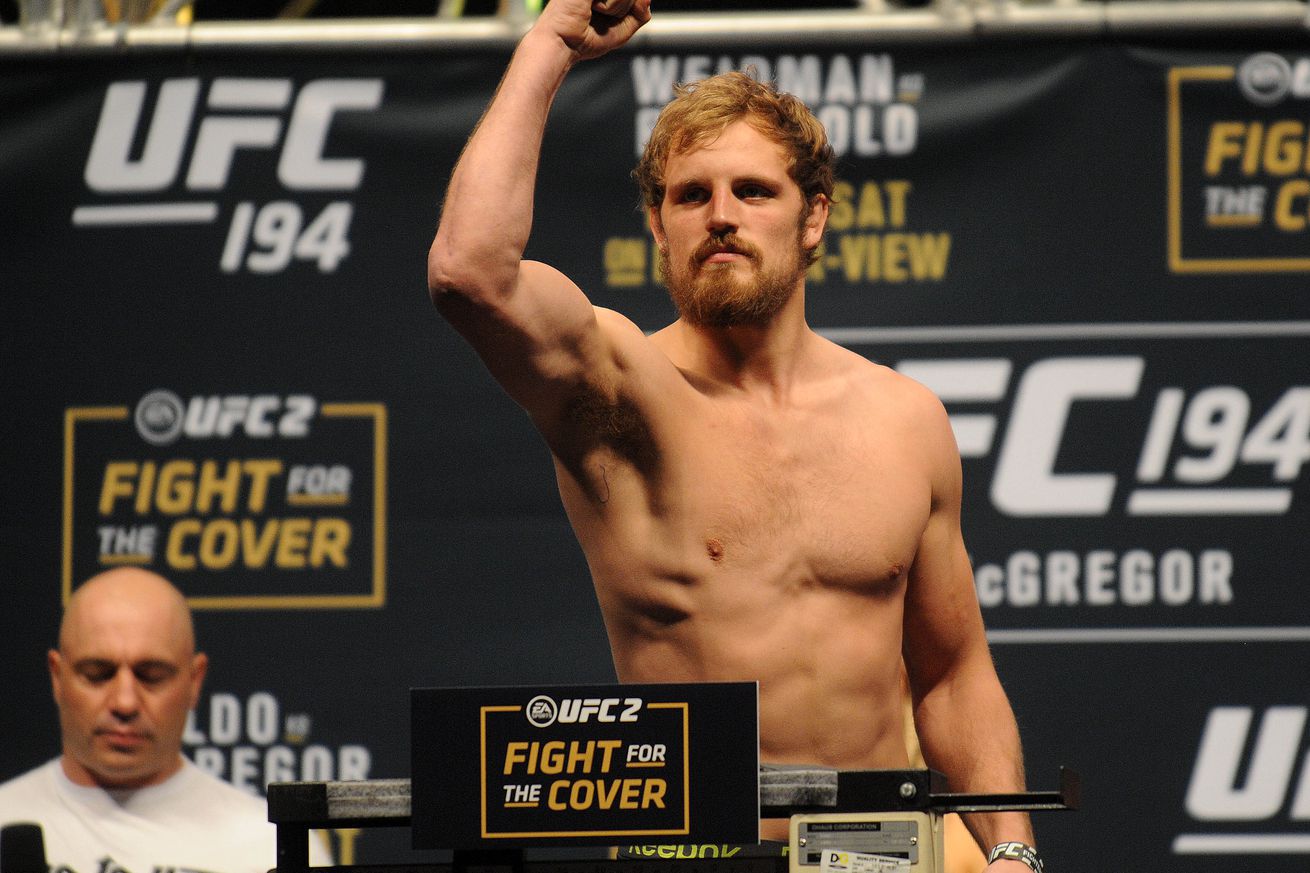 Gunnar Nelson was scheduled to fight Dong Hyun Kim in the main event of UFC Fight Night 99 in Belfast, Northern Ireland. Unfortunately, Nelson withdrew from the November 19th card due to an injury, and the new main event is a rematch between Gegard Mousasi and Uriah Hall.

The Icelandic welterweight contender recently released a statement on Instagram explaining what happened, and according to the BJJ standout, the injury occurred during a UFC open workout.

“I was so much looking forward to fighting again in Ireland and now its not happening because of a stupid ankle twist that ironically happened in a UFC open workout!! It happened at 1:08…

cortisone shot and stfu and fight

rub some dirt on it and walk it off son

Hit 'em with your groin.

Maia has his soul in a jar in his pantry.

What happened to guys fighting thru minor injuries?

Same thing that happened with gloves, rounds, weight classes, rules, etc... too much pussification in this country.

That's unfortunate, but he definitely shouldn't be fighting until his ankle heals up

conor mcgregor nut hugger said:
That's unfortunate, but he definitely shouldn't be fighting until his ankle heals up
Click to expand...

With u on this one. As much as I wanna see fighters fight thru injury, if it's going to affect you in every aspect of the fight it's better to wait.. Fighting on a hurt ankle is no easy task
You must log in or register to reply here.
Share:
Reddit WhatsApp Email Link
Top Bottom