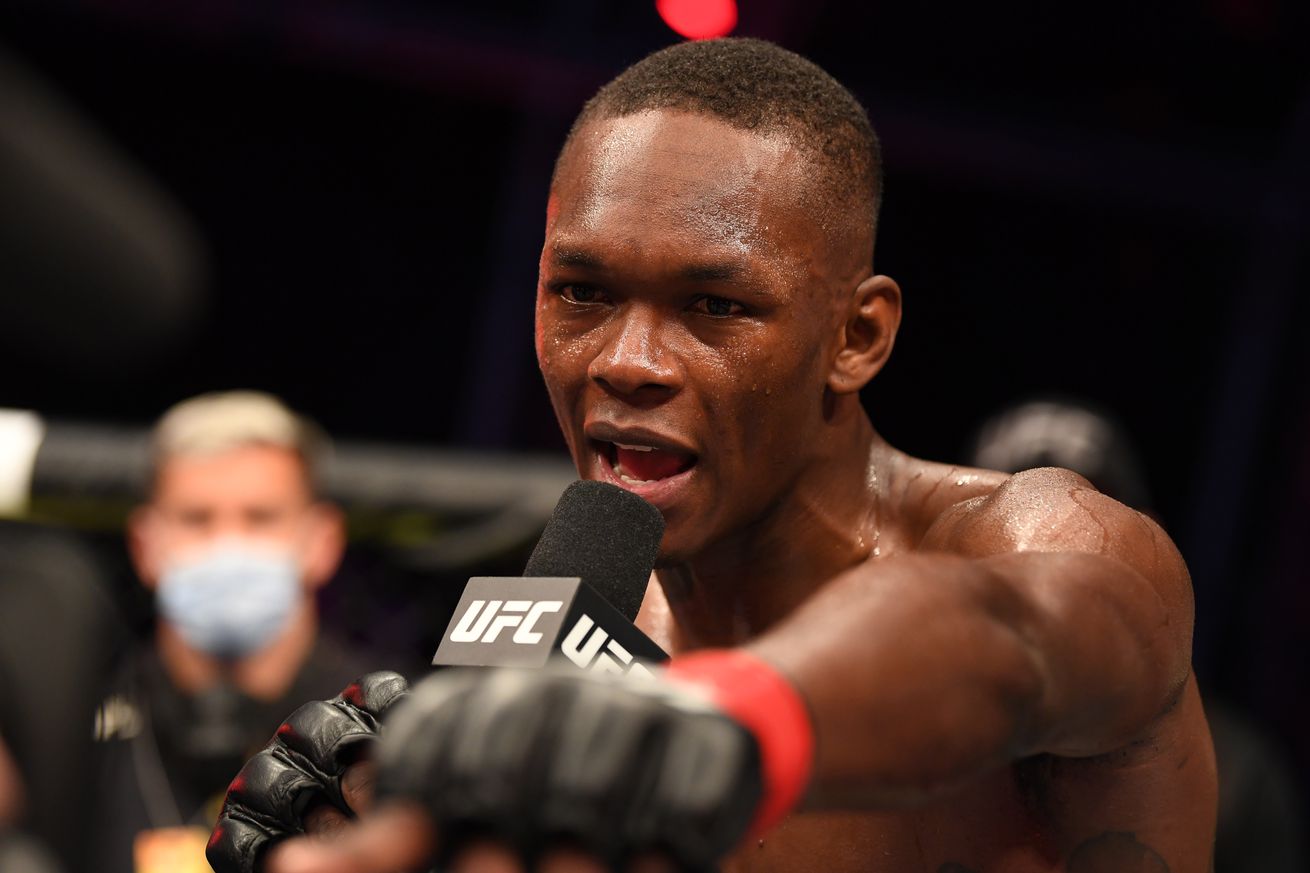 Reigning UFC middleweight champion Israel Adesanya and former welterweight title challenger turned middleweight contender Darren Till clearly have a lot of mutual respect for each other.

Till went out of his way to compliment Adesanya on his almost flawless TKO victory over Paulo Costa at UFC 253, crediting ‘The Last Stylebender’ for putting on a ‘masterclass’ performance and admitting to have taken inspiration from Adesanya’s striking.

Adesanya was keen to return the compliment, lauding Till for his ‘beautiful’ Muay Thai and admitting that he takes inspiration from ‘The Gorilla’s’ performances.

“I love striking, and I love the way he strikes,” Adesanya told MMA Junkie’s Farah Hannoun and Mike Bohn in a recent interview. “Very basic muay Thai, and I mean that with all respect, but also his clinch game and his elbow game is advanced, but he sticks to his basic muay Thai. His left kick, his left straight, the way he curves his left. Beautiful to watch and yeah I take inspiration from a guy like that just in a way who he is. ‘I don’t care, I don’t give an (expletive).’ That’s Darren Till. I take inspiration from that like yeah, don’t give an (expletive).

“When he fought Gastelum, it was (at UFC) 244 in New York, I think I was there live, he fought him and he said he didn’t care if he got knocked out and I was like that’s a dangerous man. I took inspiration from that because in my fight here as well, I’ve said I surrendered, I didn’t really care what happened after the fight. All I cared about was the fight and me staying true to myself and my style and not playing it too safe, but also not going too wild, but being balanced and being true to myself.”

Till will look to rebound from his decision loss to Robert Whittaker with a big win over Jack Hermansson at UFC Fight Night 185 (Dec. 5) while Adesanya, 31, has his sights set on top-three middleweight contender Jared Cannonier for his next title defense.

Izzy's lookin' to spa with Till.