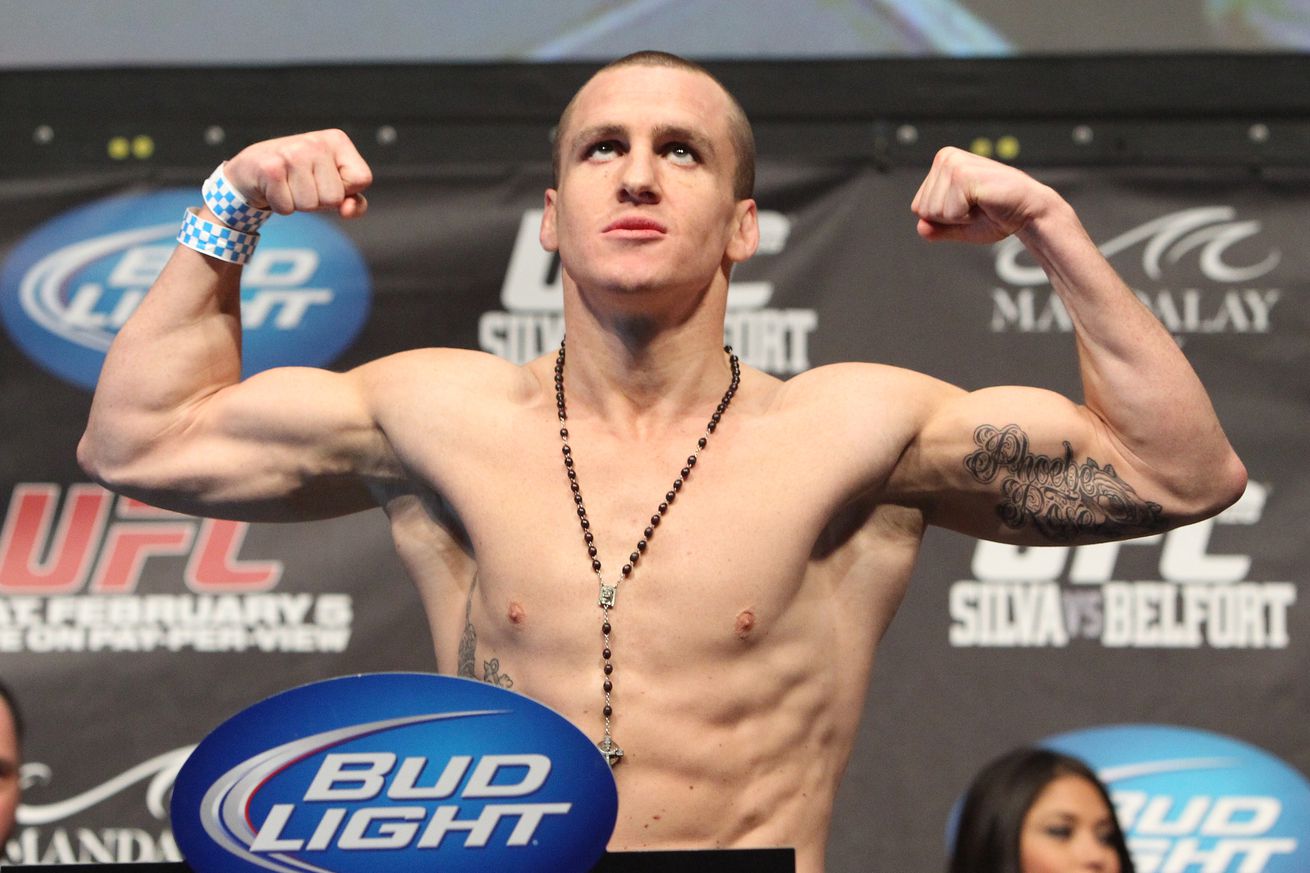 At the time of Paul Kelly’s release from the UFC, he seemed little more than another busted UK prospect—having snagged a contract with a shiny 6-0 record, only to alternate wins and losses and leave the promotion on a 5-4 UFC career and a defeat at the hands of Donald Cerrone. Instead of high profile fistic success, however, ‘Tellys’ sealed his claim to fame outside the cage, as the supposed head of a narcotics trafficking ring.

“In my judgement you decided to supply Class A drugs when your contract with UFC was terminated,” Judge Mark Brown told…

Forgot about this guy. Wonder what promotion will sign him?

"To elevate the mental is to be poor no more."

I hope es lucky he got 6 years. Quite a few places would’ve hung or shot him for drug trafficking

^
^think i read it is the same crew that Ross Pearson fought for and got rolling-thundered.

i met him in wolfslair just when Bisping was on TUF - maybe just after he won 2006/7? he was a big name on the local scene, i'd witnessed his fight in Reading I think. fucking obliterated the guy.

at the point I met him, he was training full 3 hours training sessions every weekday - and he was on the regional scene. no decent pay cheques to say the least ('free gloves?')

he hoped to get into the UFC but in those days, there were barely any euros on the roster.

it was mad when the whole thing opened up. suddenly there were a few uk guys. him vs Paul Taylor - hugging instead of touching gloves, then attacking each other, 100%.. never been done before and the early exchanges still are some of the most energetic in history.

Not that it would surprise anyone but hasn't the UFC let go or refuse to sign others with charges not as bad as this guy's?