Welcome to our Community
Wanting to join the rest of our members? Feel free to Sign Up today.
Sign up
Added to Calendar: 09-18-21

You're not great with numbers.

Is that a Canadian thing? You using a metric calendar?

Came out my mama's pussy, I'm on welfare. 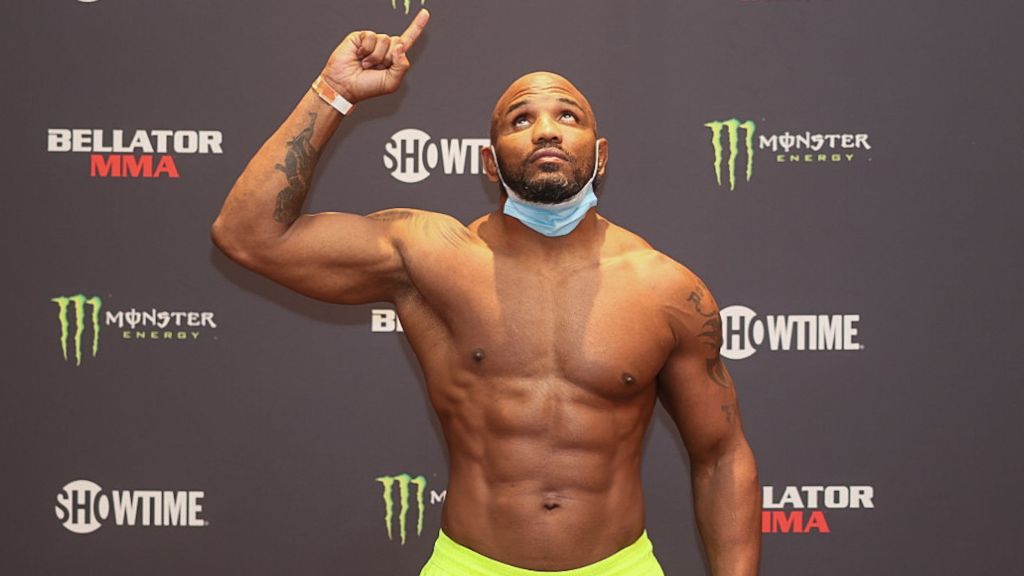 Check out the results from the official Bellator 266 fighter weigh-ins.

Bellator basically committed suicide by doing too many tournaments with too boring matchmaking and also signing big names that couldn't get past injury, getting arrested or long term sickness.

Many people on here who liked Bellator said I was too negative on the product, that it would all turn around if we all just pretended the product was fine and that their socalled homegrown talent wasn't fighting cash in registry employees and garbage men, but the fault of Bellator is that they KEPT making easy matchups while providing a slow and pseudo-meticulous pace that led to absolutely nothing but more can crushing and baby steps toward their minor goals (the promotion doesn't even have major goals) pretending to be some sort of top promotion, which they pretended for close to 13 years now...

Look at the PFL they have so much material and interesting matchups that there is always something to look forward to, their matchmaking is great and they have the best production quality of any major MMA promotion globally.

Everyone and their mother will tell you this is gonna be one of the best events for Bellator this year, I'll tell you what really will happend, completely unknown guys fighting on the prelims and a bunch of can crushing on the main card. Phil Davis will win a boring decision where Romero just stands there and tries to hit him with big shots, Davis will win on his cardio and it will be a snoozefest the same way Adesanya - Romero was a snoozefest.

Absolutely horrible fight. Pay both of them to never compete again.

DarthBader said:
Absolutely horrible fight. Pay both of them to never compete again.
Click to expand...

was a boring fight as you say

Big John: "We can remove that 2nd round and we had a really good fight"

Bellator is becoming a parody of a fight promotion.

Some of these guys clearly been on a couch for 6 months without doing any training and did 2 weeks of sparring max prior to their fights.

This is beyond bad, even as a Bellator "guy"

2 pro debuts. Could be fun. Probably won't be great, this one.

this guy is getting smashed

I'd rather listen to rap music the whole day than watch this shit again.

I'll jump over here for the main card.

The prelims don't excite me enough to find the remote control to change it from the also rough UFC card.

Willthiswork said:
The prelims don't excite anyone
Click to expand...

no wonder this thing barely gets 6 pages .