Robbie Hart said:
There is one particular person who fucked up and used “could of” instead of the correct “could have”.......not going to name anyone but that shit needs to be corrected ASAP
Click to expand...

dont be a bundle of sticks

Priziesthorse said:
My top 10 in no particular order

Hard to pick just one. Sound of Music is close. Casablanca (b+w version), not romantic as usually described but still one of most well-done films ever. Shawshank Redemption similar category.

It's a Wonderful Life - hard to top.

Fiddler on the Roof, a personal favorite but probably not GOAT. Same for Walk, Don't Run, Sleeping Beauty, the three top Cinderellas, Cliffhanger, Die Hard, and a bunch of others I could spend hours naming.

Despite the terrible acting, I think I said this on here to someone before, Kickboxer 3 needs to be in the conversation.

Hmmm. I will have to come back after I ponder this some more.

It might be Jaws. But I'm still officially undecided. 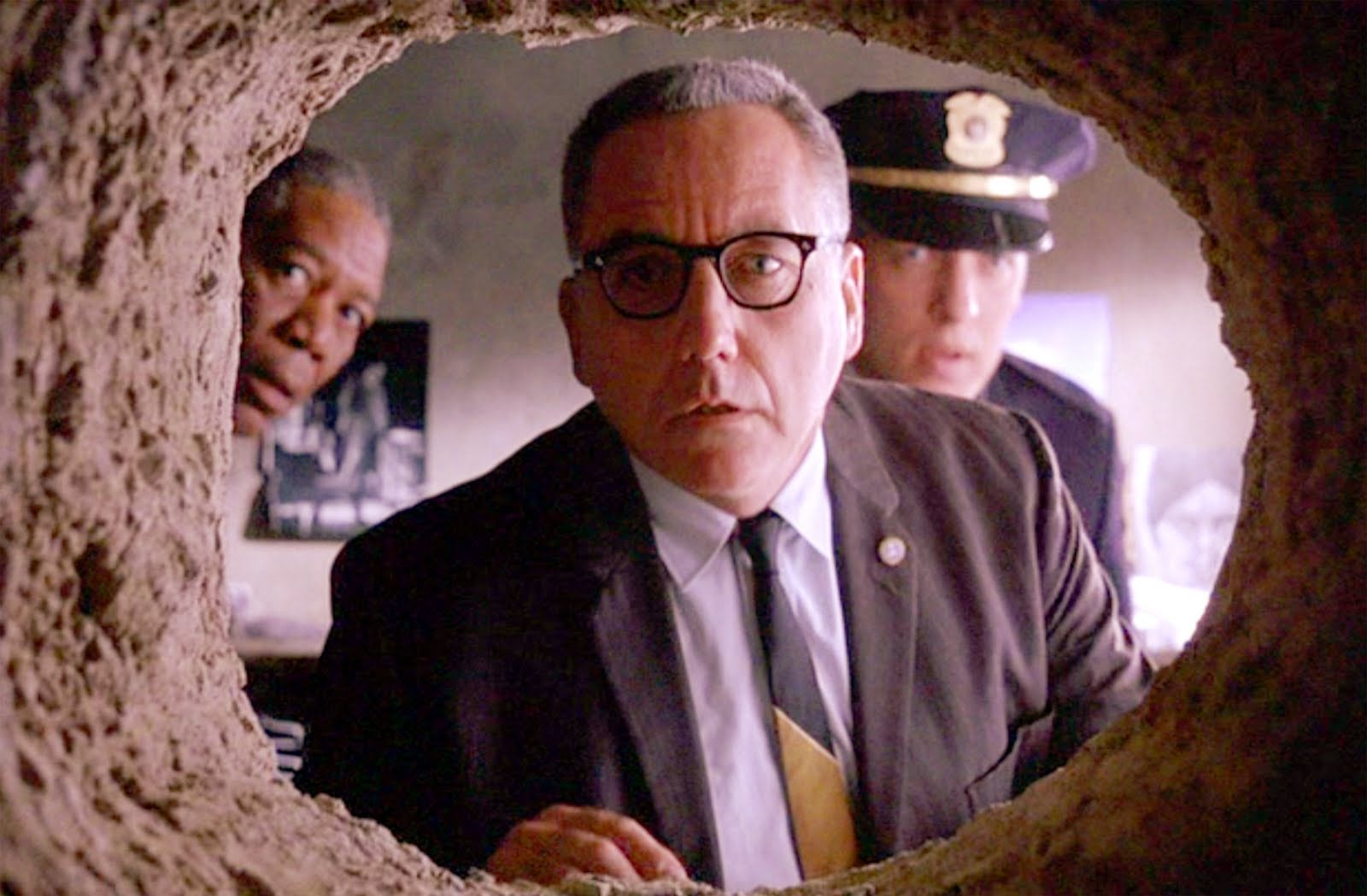 Is the second one shawshank? 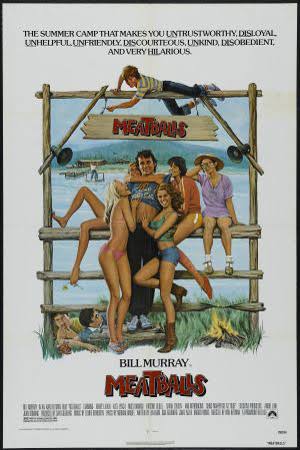 The Lives of Others.

It's difficult to say (as a non-German) how that film could have been better. Everything was subtitled so as far as I can tell, that film was fucking perfection.

Banchan said:
Its a beautiful story.

How 'bout Paint Your Wagon?

Banchan said:
Its a beautiful story.

Kaladin Stormblessed said:
Is the second one shawshank?
Click to expand...

I change my vote to shawshank. Definitely the best ever

Butch Cassidy & The Sundance Kid - The only scene I don't like in that movie is when Paul Newman is riding around on a bicycle with a goofy grin on his face. They decided to play Raindrops Keep Falling On My Head to make it even dumber. For fuck's sake - it wasn't even raining.

Tombstone - The only scene I don't like in that movie is when Wyatt is off riding his horse in the woods with the actress lady and they have a heart to heart talk about kids and life and shit. It didn't fit.

Jaws - Quite possibly one of the best movies ever. Excellent acting. Excellent soundtrack. Great ending.

From the comedy category, give me Goonies. Good clean fun that reminds me of my childhood adventures. I never found a pirate ship full of treasure or anything, but I was always looking.

The Most Dangerous Dame

I havent watched that one yet.

Do you guys rate for which movie TECHNICALLY you admire most? ie; what is considered a masterpiece of filmmaking?

- or which one you personally ENJOY the most? ie; which movie triggers your imagination/emotions the strongest?


2 different things imo, though sometimes they cross over. Some great great films I find too dark/bleak to really say I like it... or too over-done/full of themselves etc

I miss the older style films where films were trying to be original and had their own flavor, today the execs are so worried about return they'd rather spend 30 million making Smurfs 5 before taking a chance on some original writer/director's vision

Miesha's Taint said:
The one your mum's in where she takes 3 massive black cocks.
Click to expand...

Masato Toys said:
I miss the older style films where films were trying to be original and had their own flavor, today the execs are so worried about return they'd rather spend 30 million making Smurfs 5 before taking a chance on some original writer/director's vision
Click to expand...

Yes, the remakes, franchises, superheroes, prequels to a succesful movie, origin stories, made from an already succesful book. No more chances are taken for the most part (political incorrect ones), while creativity is on life support.

No reason to see any movie this year thus far. The TV series is where it's at right now though.

I read an article with John Milius a while ago that rocked my world. He said in his day, the producers were looking for writers and directors with strong ORIGINAL vision. Something unique and personal they had to bring, and they would try to fuel that source. Milius said even when writing Apocalypse Now, FF Coppola would just stay the fuck out of his way and let him do his thing.

He compares to now, where the industry is like 99% about making profit and 1% about art, and the goal is to pick 'safe' directors that will bend over for the execs to tell him what to do. Writers are teams of hired formula-driven monkeys, and not that lone weirdo genius you have chosen to trust to come up with something badass. Nobody wants to take a chance with original works because they are financially risky, its better to re-make shit that has a ready-made audience who are guaranteed to go see it. I bet more $$$ is spent on advertising than they spend on their writing teams lol

I used to love movies, I thought they were magical and amazing. Then I really became sour on the industry, saw Hollywood for what it is, started seeing how much propaganda is littered in the industry etc etc.

Now I'm starting to come back again, I think there is hope... the MEDIUM still has the raw potential to tell great stories, to make memorable and mythical stories for us. I think there has been kind of a loss of responsibility/respect for the artform... it shouldn't be cheapened just to make entertainment or eye candy. Milius also criticizes the cheapening of violence in Hollywood. I too find it disturbing how MOST Hollywood films are about something bad, always crime and murder nasty characters, - so few positive messages out there! It's really unbalanced imo

People write stories because they have something to say, something to tell. Like a good myth, a good story should make us reflect on our own lives, touch upon something meaningful in the human experience. Movies are so cool for this, they can capture something that can you goosebumps, stir your very soul...

Its kind of a blasphemy imo to abuse this artform the way we see so many movies do. I hope to see a return to more personal films, I hope people are growing tired of over-done Hollywood style and will start enjoying the magic of the indy-films again.
Last edited: Oct 6, 2017

I'm sure there are tons of great films around, but our fuckin cinemas only show the latest Hollywood franchise, exclusively.

Maybe someone should start a competitive cinema franchise, showing only the best of the indy films and FCUK HOLLYWOOD

I don't really have a favourite anything but one of my most memorable movies in the theatre was the first Matrix. Blew my mind.

Masato Toys said:
I remember seeing Empire Strikes Back in the theatre as a kid
Click to expand...

Song2 said:
First movie I recall seeing at the cinema was TMNT in 1990
Click to expand...

First ones I remember we're land before time and Bill and Ted's excellent adventure. Lol.

BirdWatcher said:
I don't really have a favourite anything but one of my most memorable movies in the theatre was the first Matrix. Blew my mind.
Click to expand...

I realized this after I agreed to shawshank. For me personally, matrix wss rhe coolest ever the first time through. Then maybe avatar
You must log in or register to reply here.
Share:
Reddit WhatsApp Email Link
Top Bottom