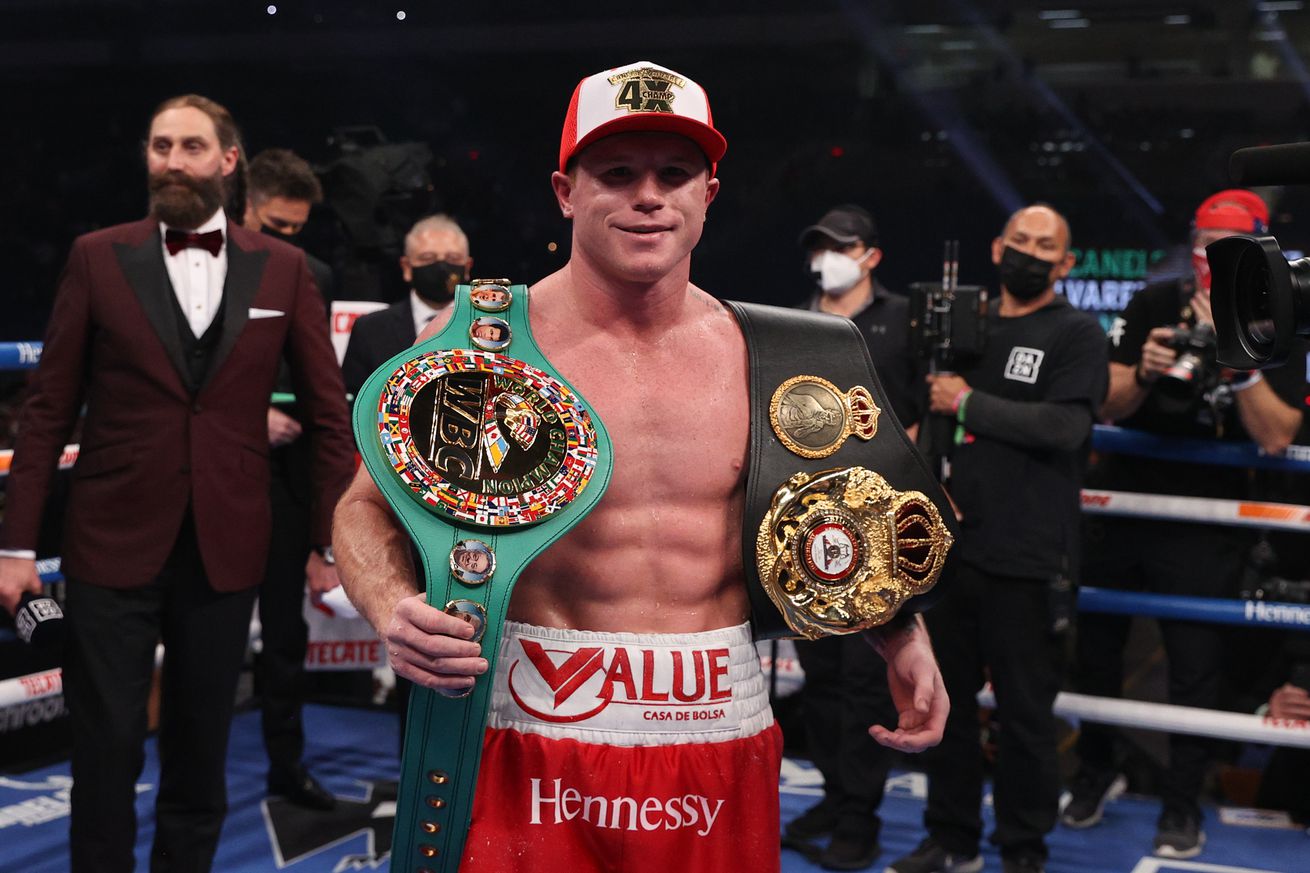 Matchroom Boxing’s Eddie Hearn announced on Thursday that he has agreed to a two-fight deal with the Mexican superstar and unified WBA/WBC super-middleweight champion. He’ll make his return to the ring on February 27th in a previously reported mandatory title defense versus Turkey’s Avni Yildirim (21-2, 12 KOs). The fight will take place at the Hard Rock Stadium in Miami and stream live on DAZN as well as a $49.99 PPV option (plus a two-month DAZN subscription) on traditional cable/satellite.

This is the quickest turnaround for Canelo in almost a decade, having just conquered Callum Smith on December 19th in Texas. Between the pandemic and his legal battle with Golden Boy Promotions and DAZN, that was his only appearance in the ring in 2020 and he wants to make up for lost time (and lost income). So while he’s no longer with Golden Boy Promotions or tied to his $365 million contract with DAZN, he’ll still be competing on the streaming platform for the next two fights.

Yildirim is one of the top super-middleweights but he is coming off a controversial loss to Anthony Dirrell, who won via technical decision after an accidental headbutt ended things early. Dirrell lost his WBC title to David Benavidez, who later got stripped on the scales, which allowed Canelo to compete for the vacant belt while Yildirim waited for his turn as the #1 challenger. He is a good fighter and he’s clearly going to get wiped out by Canelo, no two ways about it.

The bigger fight is a unification with WBO champion Billy Joe Saunders (30-0, 14 KOs) on May 8th, aka Cinco de Mayo weekend. Saunders defended his title most recently against Martin Murray in December, and he was scheduled to face Canelo last May before the pandemic nixed those plans. Now they’re both (at least through this fight) under the Matchroom platform so it’s easier to make.

If Alvarez prevails in both fights then an undisputed title fight against IBF champion Caleb Plant (20-0, 12 KOs) could be on deck in September should Plant beat Caleb Truax on January 30th. Plant belongs to PBC but by then Canelo would be a free agent again, which frees him up to head over to FOX/Showtime for a blockbuster PPV. I’d consider that a well-planned 2021.

Watching boxing these days sometimes feels like going to see an 80s hair rock band that really is just living on pomp and circumstance from the past. With some exceptions. Vegas will tell you that the money is in mma, baby.

Good, my DAZN yearly sub that they tricked me into will give some more value.