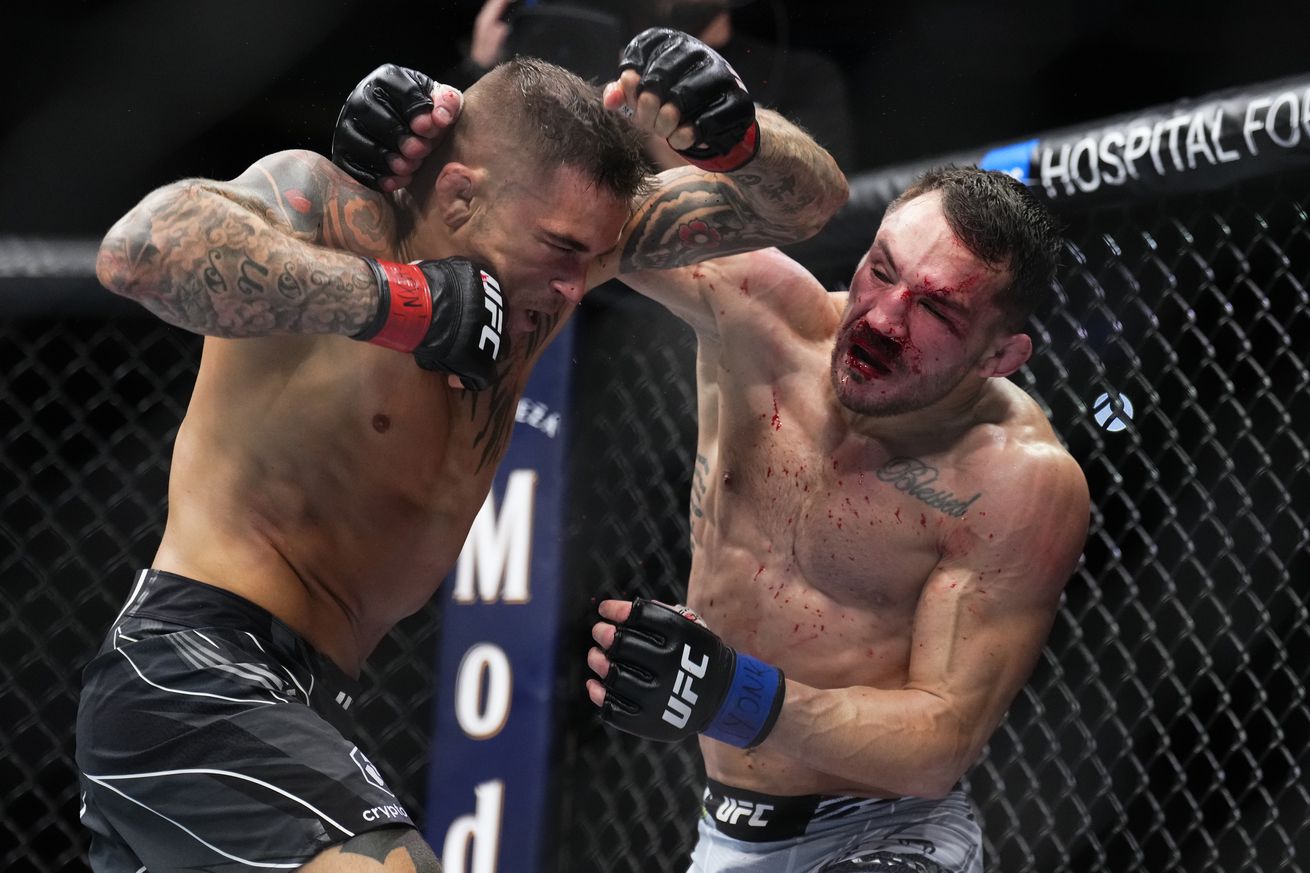 Michael Chandler did fishhook Dustin Poirier at UFC 281, but it wasn’t intentional.

That’s what ‘Iron Mike’ told reporters at the post-fight press conference in New York following accusations of foul play and being labeled a ‘dirty motherf-cker’ by his opponent.

“Yes, I will admit his mouth was open and my hand went inside of there and was on his mouthpiece,” Chandler, who lost to Poirier via submission, told the meda. “He bit down, I was trying to pull it out. It wasn’t as though I was trying to pull it out, and he was biting it and I couldn’t get it out. It was more just the angle. I mean you’re getting pushed up against the cage.”

Chandler also addressed the illegal punches he landed on the back of Poirier’s head which prompted a warning from referee Dan Miragliotta. He also maintains his innocence during those exchanges, claiming he was never looking to foul Poirier intentionally.

“Then when Dan Miragliotta was saying I was hitting him in the back of the head, I’ll have to go back and watch it to be honest with you but I know I was catching his ear, or at least in my mind I was catching his ear,” he said. “So we had that kind of conversation. You all know I’m not a cheater. I love this game. I don’t cheat.”

After the fight, Chandler called out UFC superstar Conor McGregor, proclaiming that he is ‘the biggest fight’ available for him and that it would be an honor to welcome the Irishman back into the Octagon.

Chandler is synonymous with cheat

MondoIDIOT said:
Chandler is synonymous with cheat
Click to expand...

Lmao how would a fish hook even be accidentally possible it is something you deliberately have to do it is a very precise maneuver that requires some coordination in the middle of a fight.