UFC president Dana White hasn’t always been the biggest supporter of the promotion’s 125 pound division, but he’s definitely a fan of Deiveson Figueiredo and the work his new flyweight champion did on Saturday night at Fight Island 2.

“Pure violence,” White said when asked to describe his thoughts on the main event. “That was ... no controversy on this one! We have pretty nasty champions in those two divisions [125 and 135].”

There were some real questions regarding the future of flyweight for a while, with White threatening to shut down the division as relations with former flyweight kingpin Demetrious Johnson soured. He stopped holding a gun to the division’s head after Henry Cejudo claimed the title, but it was hard not to wonder if the UFC was really committed as they cut a number of 125 pound fighters.... 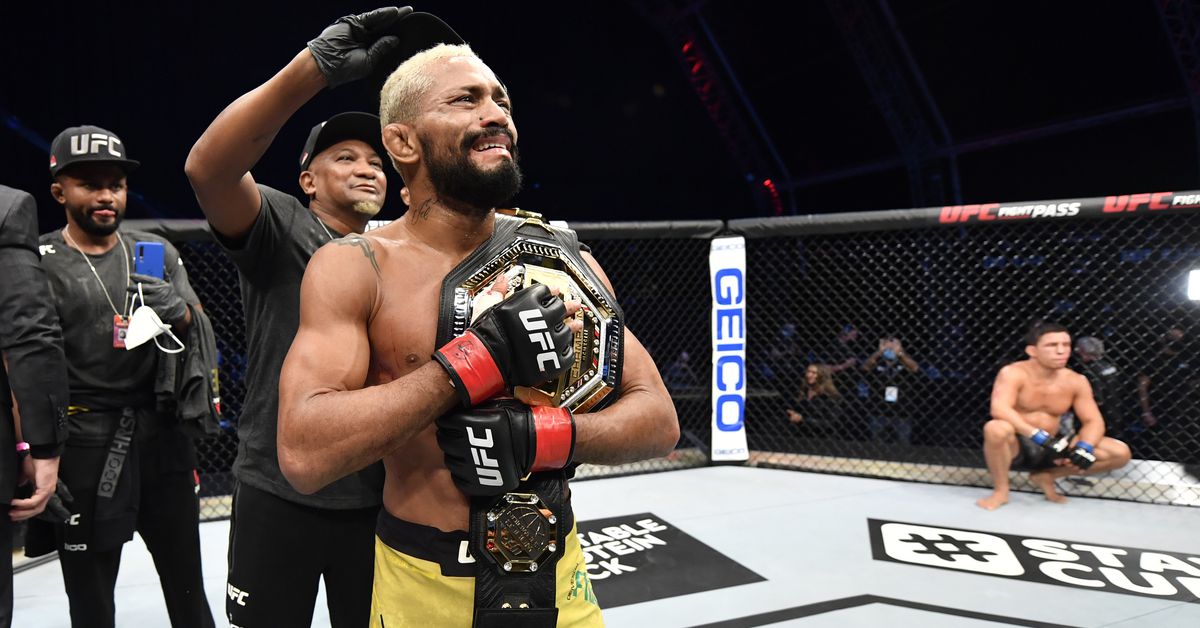 It's dumb of him to keep threatening to shut it down and I rag on the midgets more than anybody.

It gives them an extra title belt that doesn't have the word 'interim' on it, and they can just use it as a co-main to claim their PPVs are 'stacked' or put it on Fight Nights like the other day. As long as they don't think they can actually headline PPVs with it.