"Ok Dana you're mic'd up just stand over here and sell it."

Who am I kidding? I’m a whore.

Jdog93 said:
"Ok Dana you're mic'd up just stand over here and sell it."
Click to expand...

In my opinion, it sounded like genuine concern for his press relations. And to be fair, some for Calvin, but not acutely.

he was freaking out about the publicity and the insurance premiums.

Bunch of dana haters in here

maybe he does actually care and you’re all jealous

maybe he does actually care and you’re all jealous
Click to expand...

Jealous of all his awesome fake snow.

Some of you guys are just straight up blinded by irrational hate.

Even an autistic like me can see that there is genuine concern for Kattar's safety there. White also has a years-long, VERY public hatred of Mario "Finish Him!" Yamasaki, precisely because of Yamasaki's penchant for letting outgunned fighters take extended, one-sided beatings. Same with Matagazzi, and for the same reason.

Some of you guys are so fucking binary in your thinking. Guess what? Dana White is a ruthless, greedy, ambitious businessman.

He ALSO - as a fellow human being who isn't a clinical psychopath - sometimes gets genuinely concerned about the physical safety of UFC fighters as he watches them take particularly, unusually merciless and extended beatings. As Kattar was.

These two things can easily co-exist in one person.

Have you people forgotten how savage that beating was? Here's a reminder. Before that fight, here were the top 3 UFC fights for combined significant strikes landed. 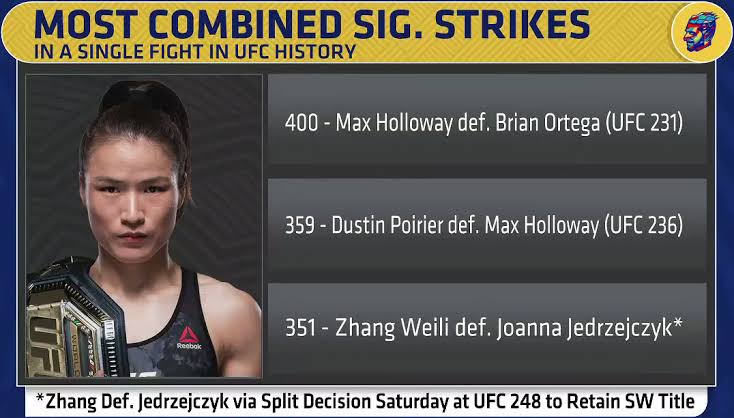 For any UFC fight ever held that didn't involve Max Holloway, the record for highest number of strikes that BOTH fighters combined to land and absorb, was 351.

Max Holloway hit Calvin Kattar with 445 strikes. Nearly 100 more strikes than Joanna and Weili combined to land on each other. By himself, Holloway SHATTERED the combined UFC strikes record for a single fight. Kattar was on the wrong end of the first 50-42 scorecard the UFC has seen in 15 years.

But yeah - no chance that Dana was actually legitimately at all concerned for his physical safety during and immediately after that beating. No chance at all. Going to his team and talking to them during the fight, all acting. Because one thing that Dana is really fucking good at, is acting.