Dern eyes 2021 title shot: ‘I showed it’s dangerous to stand with me’ 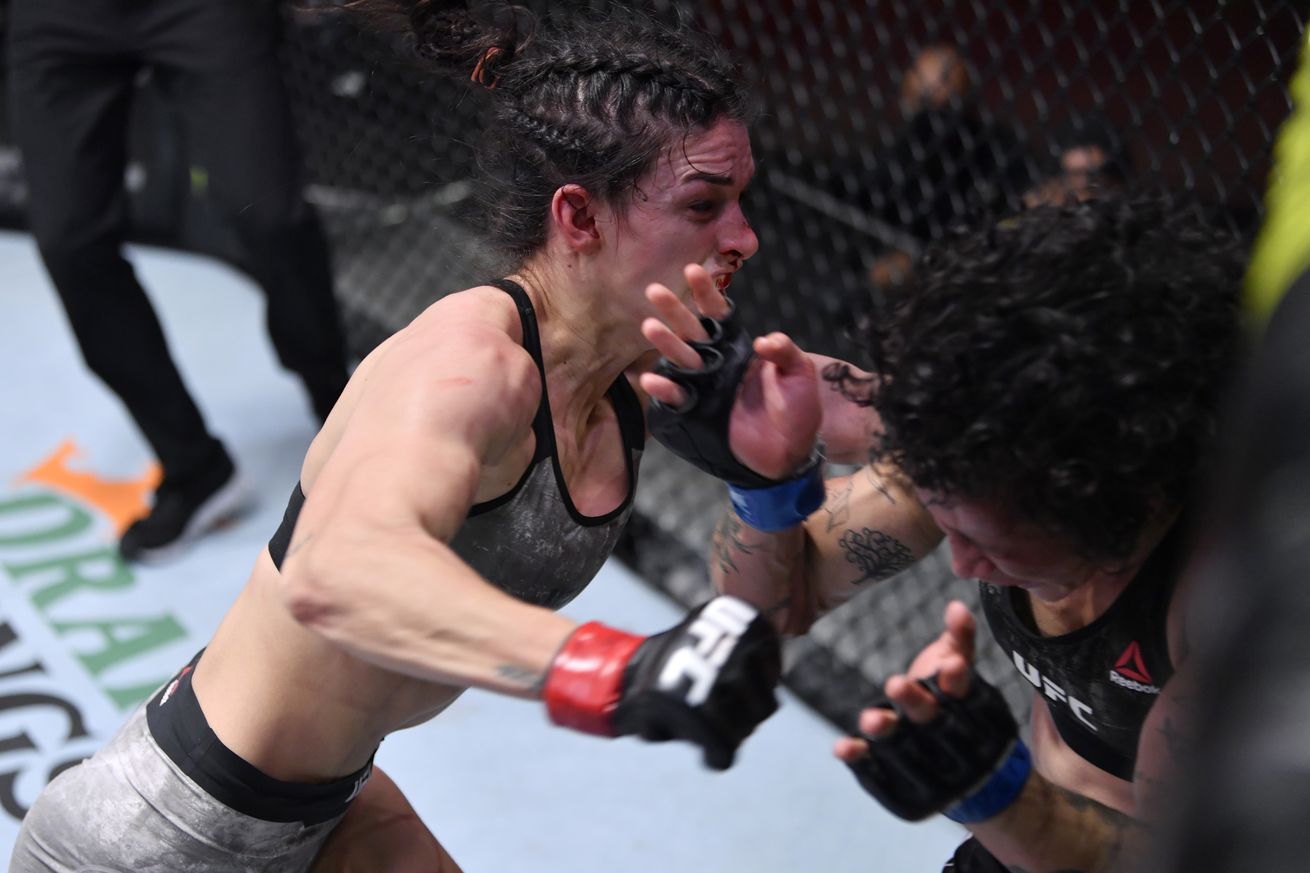 Strawweight contender Mackenzie Dern has some big aspirations for 2021 following a very successful 2020. After securing three wins in the past six months, the Brazilian jiu-jitsu world champion is targeting a title shot by the end of next year, should things go her way.

After a unanimous decision win over Virna Jandiroba at UFC 256, Dern believes she has earned a break following a rather busy year. Although Mackenzie won’t stay away from the gym for the coming weeks, she doesn’t see herself fighting again until March or April of 2021.

“I’m very happy with my 2020. I may fight for the belt by the end of 2021,” Dern told UFC Brasil. “Of course I wanted to fight someone ahead of me in the rankings. I’m in no rush to fight in January or February, but I’ll keep on training in case I need to fight on short notice. Maybe I’ll fight again in March or April. Let’s see how the ranking changes. Then it’s easier to see what’s a good fight for me.”

At UFC 256, Dern picked up a unanimous decision win over fellow BJJ blackbelt Jandiroba, in a fight that saw little ground work, to the surprise of some pundits. However, Mackenzie’s intention to showcase her striking evolution was never kept a secret ever since coach Jason Parillo took her under his wing.

Now, after feeling more confident from beating Jandiroba in a stand-up battle, Mackenzie says that she believes a message has been sent to the rest of her division.

“I think that the girls in the top 10 will watch this Jandiroba fight and think that striking is the key to beat, because Jandiroba is a grappler and striking is her weakness.” Mackenzie said. “It was a close fight. The only thing I’ll keep working on is my striking, so if they think my striking is bad, it’s getting better pretty soon. They’ll have a surprise. I wanted to be respected on the feet. I’m very happy with my performance, I showed it’s dangerous to stand with me. I have heart. It’s hard to take me down, but I have no problem staying on the feet if I need to. I don’t think anyone will want to fight me on the ground.”

Before her win over Jandiroba, Dern (10-1) scored a couple of submission wins over both Randa Markos and Hannah Cifers, in back in September and May, respectively. The 27-year-old’s last and sole professional loss happened in October 2019, when she dropped a unanimous decision to fellow rising prospect Amanda Ribas.

Check out that broken nose after her last fight. Tough chick for sure-

Idk man, I kinda feel zhang wei li fucks her up in the stand up, and dern can't take her down

Ok with speaking honestly about steroids

ender852 said:
Idk man, I kinda feel zhang wei li fucks her up in the stand up, and dern can't take her down
Click to expand...

Agreed. Dern needs to work on TDs other than baiting guard or that single high crotch she fails on often. Cool to see her learn some striking but I’d love to see her blast a double leg on the far superior strikers then fold em up.

Dern is certainly tough and her BJJ may be the best in the division, but her striking/stand-up/footwork/technique is all below par. I think Weili, Rose, and JJ all beat Dern handily. Anyone else in the top 12 could go either way, IMO