Society Expert on concentration camps says U.S. has them 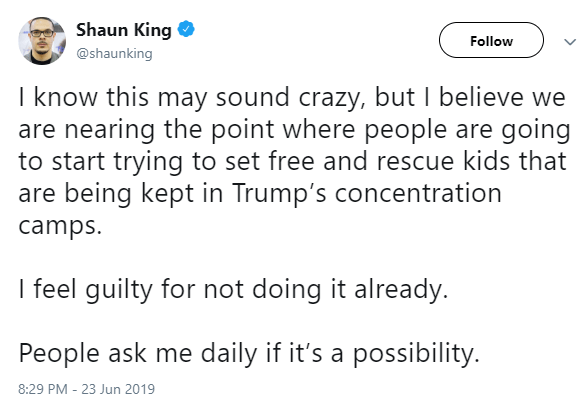 these people are so deluded that they think they can "rescue" the kids from concentration camps.running up on some federal agents and try to "rescue" detainees sounds an awful lot like breaking someone out of jail to me. thats a good way to get shot or end up doing 15 years

Thuglife13 said:
Imagine being Shaun King and being such a bitch that you hate yourself enough to pretend you're a different race... 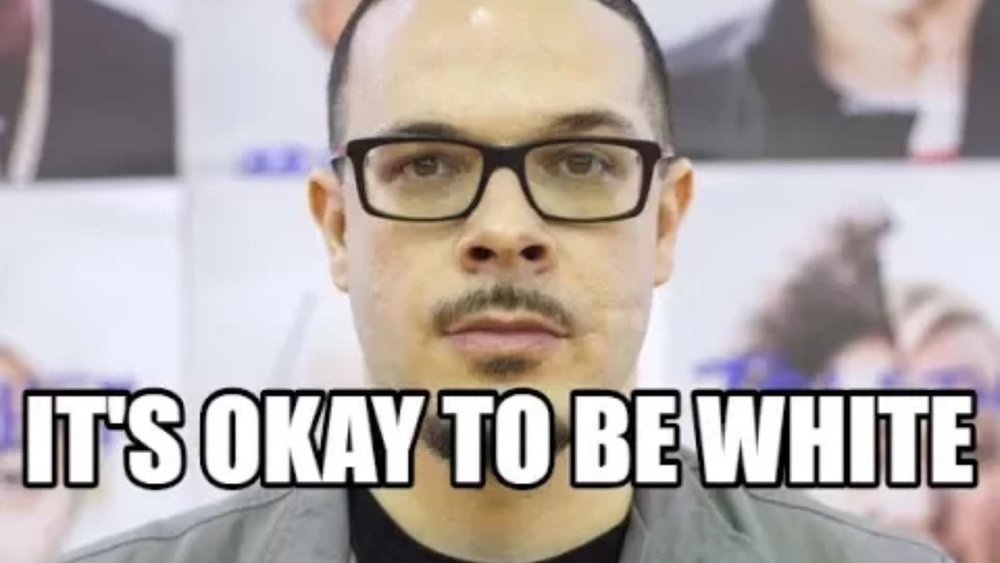 Ahhh the Bernie bros are going to leave their moms basement and confront armed guards. Should go well for Talcum X and his band of merry leftists.

Never_Rolled said:
Ahhh the Bernie bros are going to leave their moms basement and confront armed guards. Should go well for Talcum X and his band of merry leftists.
Click to expand...

I wonder what the next step is. Reminds me of vegans rescuing minks.
N

Galt said:
I wonder what the next step is. Reminds me of vegans rescuing minks.
Click to expand...

Not a thing is going to happen. At most they protest with their signs, purple hair and bad hygiene.

Sloppy Bitch said:
No matter how you feel about immigration, can we all agree that migrant children seeking asylum should not be kept in prison-like conditions wondering when they might get out?
Click to expand...

I can't think of a non-emotional reason why anyone would think that.

People who listen to MSM with unfiltered brains are dangerous lunatics

Have you been in the Trump thread? It's insane.

BirdWatcher said:
Have you been in the Trump thread? It's insane.
Click to expand...

Reality is being polarized imo. Pushing 2 sides as far as possible towards lunacy

MSM believers are just the one end of that scale

Legit question, not sarcasm....what do European camps look like for migrants and why are they not concentration camps?

Splinty said:
Legit question, not sarcasm....what do European camps look like for migrants and why are they not concentration camps?
Click to expand... 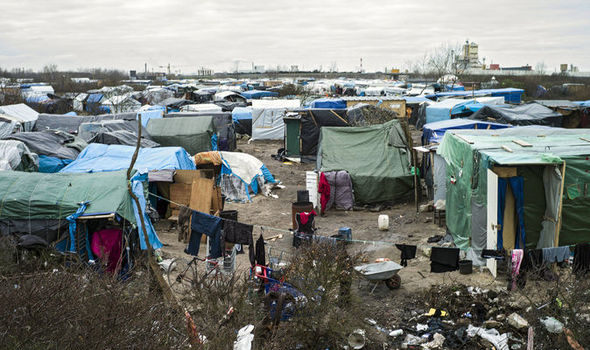 So why aren't those camps concentration camps? The freedom to roam inside?

Also interesting the parallels. Migrants aren't their really for asylum. Just illegal jobs in the UK skipping past French asylum.

Should implement e-verify and crack down on the hiring.

That's where we went wrong after Reagan amnesty. I'd give every single illegal immigrant amnesty right now if we actually enforced the border, visa overstays, 100% e-verify, and stop creating carrots like DACA and not punishing businesses hiring them that just entices more illegal immigration.

I'm not mad at the individuals. But it's shit policy to keep enabling this in perpetuity.

I remember a big scandal not too long ago about where Canada keeps the people/families/children who are stuck in immigration/refugee/illegal limbo.

They were keeping them in a jail, not unlike prisoners. Kids had been in there for long periods of time alone as well, no timeline or plan for release.

See this is what I mean, people who have not spent time looking at real world politics or history are just suddenly starting to care about this shit because of the Trump hooplah. So they start to freak out over shit that really happens all over the world, its just a nasty fact of reality and living in a world with borders. Did these detainment centres or whatever you want to call them in the US suddenly get WORSE under Trump? Did this not exist already with/in the same facilities?

Most people freaking out about Trump have never really had a good look at shit until now. They are getting walloped with some realities of the ugly world they never saw before, and have somehow believed that its all Trump's fault

I posted this in the other place, not sure how it will go over here, but seems apropos to the conversation here:

"I think the conditions in those holding facilities is quickly deteriorating, just by being over capacity and understaffed. I think ending up in them is the fault of no one but the dumb-asses breaking the laws and trying to come here illegally. I think calling them "concentration camps" is the latest in long line of hysterical stupidity from the extreme left. And it will come back to bite them in the ass.

I also think they could be compared to the horrible and in humane internment camps our poor Japanese citizens suffered through in WWII. I think all the tards running for president from the dems won't use that analogy because it doesn't play to the vocal minority's "trump=Hitler" mantra. I think, just as human beings, we ought to be treating those people a little better, because we're coming off as fucking monsters with some of the shit that's come out about the conditions there.

No one in their right mind thinks a detention center is supposed to be mistaken for The Ritz. It should be closer to county jail. 3 hots, a cot, and basic living supplies/care, access to a lawyer. That's. It. But from what I've read we're coming up way short even there. I don't disagree with detaining/arresting them. But there should have been a fuck-load more though into what happens after. Like so much else in this stupid, reactionary administration."

Is there any recent actual visits and footage or the conditions?

@jason73 posted those images people were spreading around that were totally not true at all. I hear a lot of rumors and soundbites and of course all the leftist MSM-suckers are buying up everyone and parroting it back again with fervor

But what is the truth? Any reliable sources or is it all just slinging stories? Where did the toothpaste thing come from, etc?

Seriously though, what do people expect

we put our illegals up at the raddison in toronto