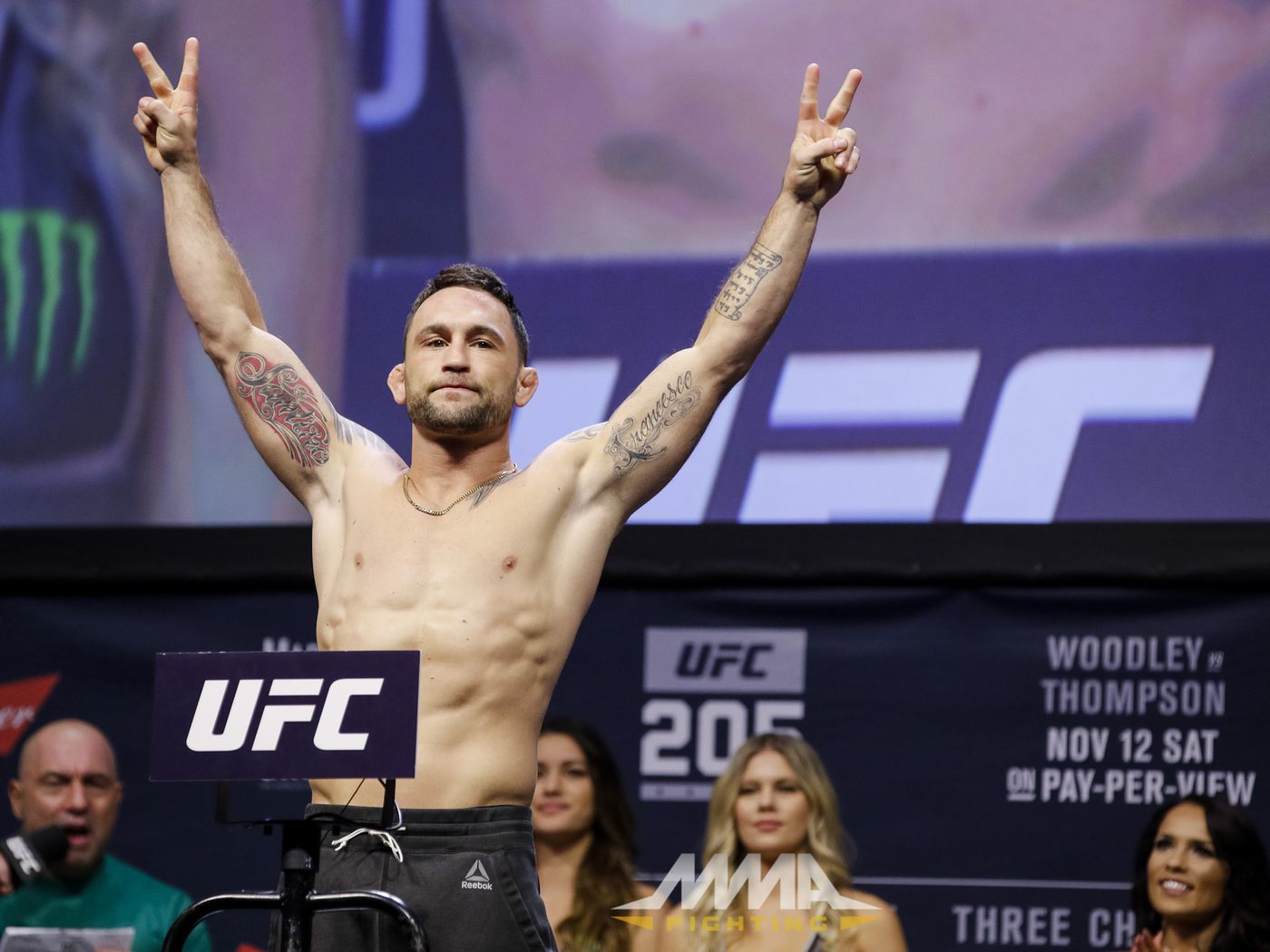 At UFC Vegas 7, Frankie Edgar did it again, coming through as an underdog against Pedro Munhoz to take a unanimous decision win in his bantamweight debut. The victory skyrocketed Edgar into the 135-pound rankings at No. 5 and set him up for one final title run.

But with Edgar now a growing concern at 135, who should he face next to work his way to a title shot? All of the men ranked above him are currently booked against other contenders (or, in the case of Cody Garbrandt, for a flyweight title shot). But that’s okay with Edgar, who has an idea about who to face while some other opportunity opens up: former bantamweight champion Dominick Cruz.

“Another guy that’s also a little older and a legend himself is Dominick Cruz,” Edgar told Bruce Buffer on Buffer’s It’s Time podcast. “A lot of people are still talking about that, so I’m definitely interested. The title is obviously my main goal, where my sight’s on, but it doesn’t have to be right away. I’m willing to fight some of those legacy fights as well.” Frankie Edgar is down for a bantamweight fight with Dominick Cruz.

Frankie vs Dom is a good fight, but I'm not sure Cruz would be willing to take it. High risk, low reward. They both have great coaches and they're both incredibly experienced so it would be an excellent battle of the game plans.

Frankie out works, out strikes and out wrestles Cruz. Easy money for Frankie this one.

I hope they make it happen. Both deserve the opportunity for the legacy W.
You must log in or register to reply here.
Share:
Reddit WhatsApp Email Link
Top Bottom