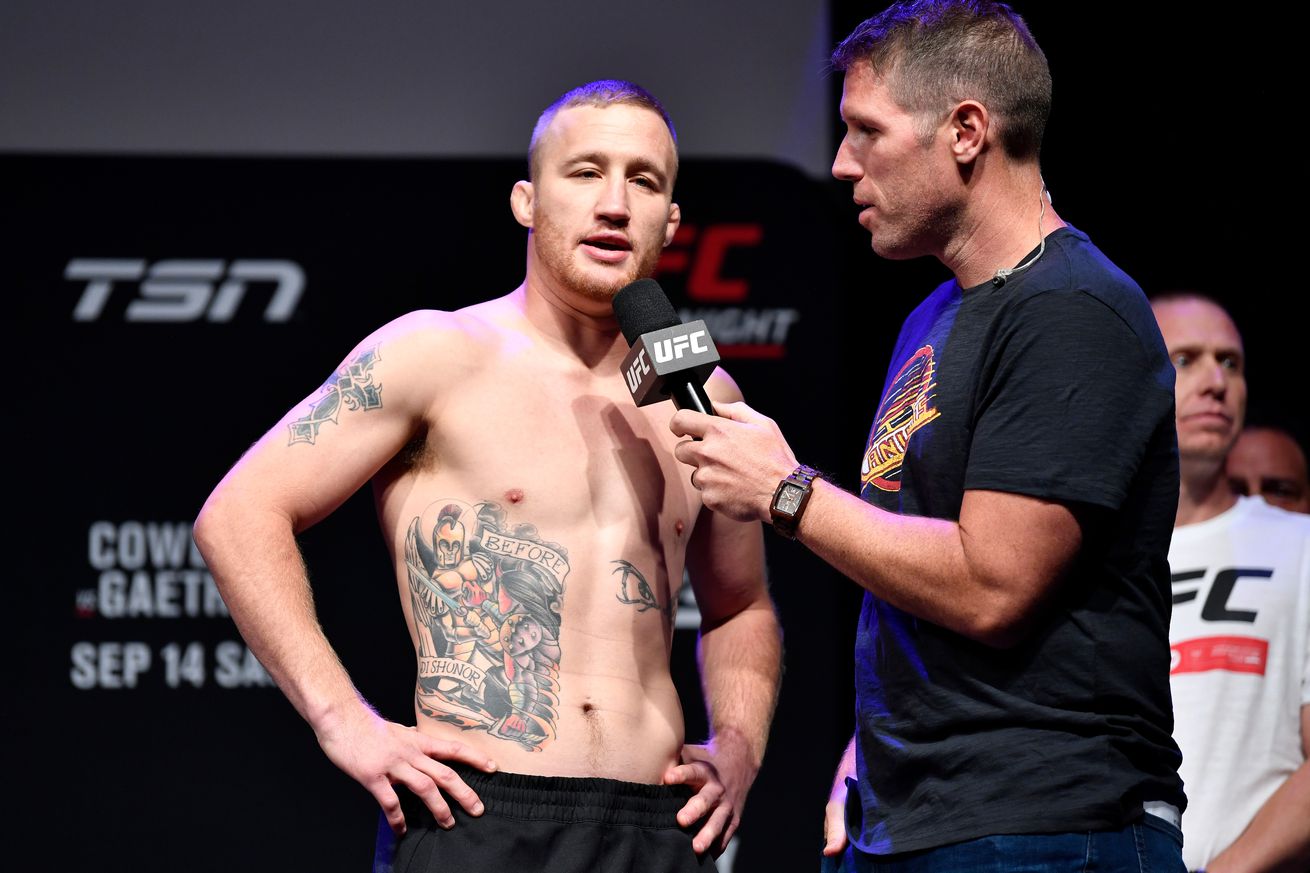 That’s right, this is the fifth time the UFC has booked a lightweight matchup between Khabib Nurmagomedov and Tony Ferguson, so it shouldn’t come as a surprise to see other fighters on the UFC roster offering up their services in case ‘The Eagle’ or ‘El Cucuy’ get injured.

Speaking to MMA Fighting’s Luke Thomas in a recent interview, top-five UFC lightweight contender Justin Gaethje said he would be willing to step in as a replacement for an injured Khabib or Ferguson, but under one condition: the UFC compensates him for a full training…