Gerald Harris: Punch in the third round led to his retirement 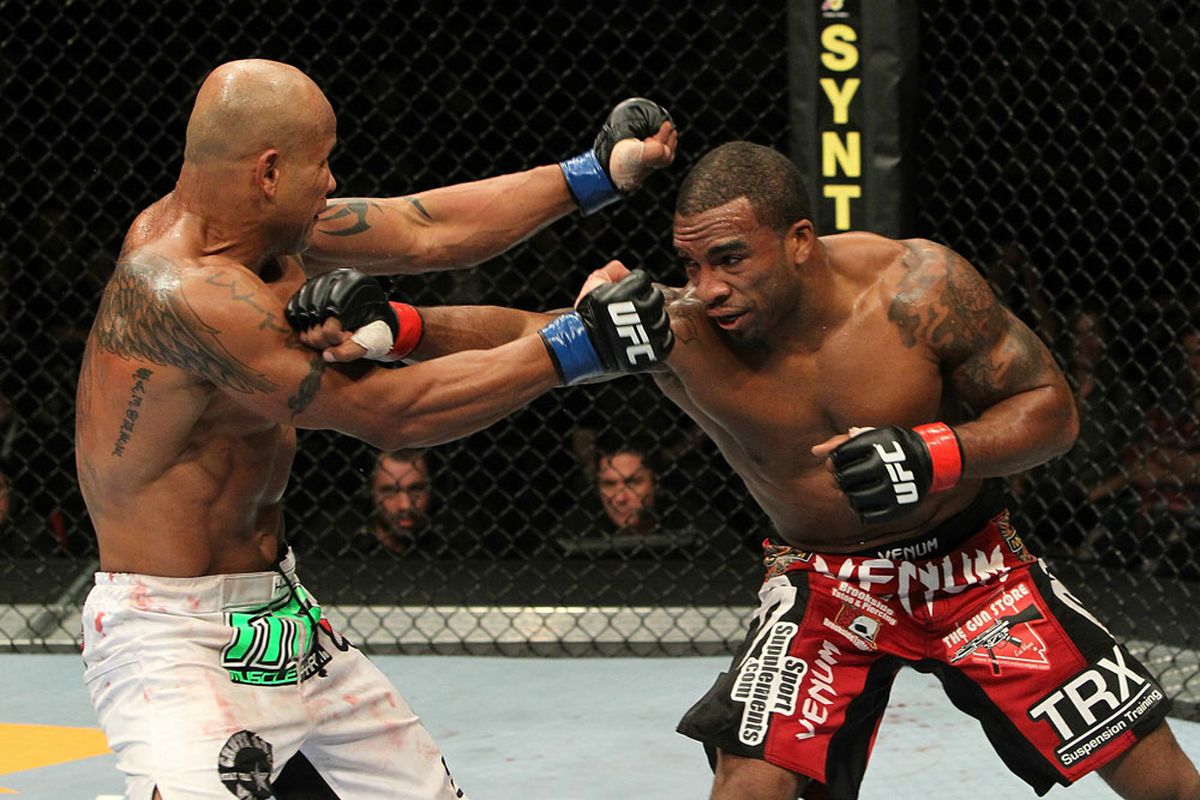 Gerald Harris announced his retirement from mixed martial arts this past weekend but it turns out that wasn’t the plan when he set foot in the cage for his most recent fight.

Instead, the 40-year-old UFC and Bellator veteran saw his bout with Seth Baczynski as an opportunity to jump-start his career in the hopes that he might get the call up to rejoin a major promotion afterwards.

That all changed at the start of the third round.

“I’m not kidding, no joke, as soon as he punched me in the face the last time, I was like yeah, this sh*t ain’t for me no more,” Harris told MMA Fighting on Tuesday. “Cause a lot of people don’t understand, I went 30-something fights, I didn’t get hit a lot. In my career, I’ve probably been hit clean five times. I’m not joking. I pride myself on my defense and my wrestling. So I really made it a mission not to get hit.

“I’m getting older, I’m getting slower and I realized in that moment that I did not want to be in there anymore. I got my win. I couldn’t end my career on a loss or a win over someone who wasn’t qualified to be in there against me. I felt good beating Baczynski. He’s a quality opponent. I made that decision in the third round.”

Harris had been struggling to find fights after his last contract with Bellator MMA expired but he still had aspirations to continue competing as long as the right offer came across his table.

Because Baczynski has fought in major organizations across the world including the UFC, Harris felt like that was the kind of marquee matchup he needed to catch the attention of one of the bigger MMA promotions out there.

“I was like I’m about to beat his ass and go to the UFC, Bellator, I’m about to make this big social media run,” Harris explained. “While I was in there, I felt great. I went in with a broken nose already so my whole game plan was stick and move, stick and move. It wasn’t the most entertaining fight. I landed some good shots, got some good takedowns but I mean anybody with common sense would know with a broken nose, you’re not going to stand there and trade with Seth Baczynski. He’s going to make you pay for it.

"In the third round, he threw a clean right hand and it caught me square in the face. It was the longest four minutes and 44 seconds of my life.”

Now this isn’t the first time Harris has declared that he’s retiring from active competition but he can say with complete honesty that this is the most resolute he’s ever been in the decision.

Six years ago, Harris retired but it was really just an extended break from the sport because he was going through a difficult divorce that was bleeding over into his career.

“I shouldn’t have said retirement. When I fought Josh Burkman, my kids were getting taken away from me that same weekend.”

He eventually made his return to action three years later but this time it was an injury that precipitated his decision to retire.

“The last time I ended my career, I tore my Achilles’ tendon. That was two days before I flew out to The Ultimate Fighter 25,” Harris revealed. “The year I tore my Achilles was pretty depressing. Imagine signing a UFC contract and then tearing your Achilles tendon the same day you sign your contract.

“I went to workout because I was so happy I signed with the UFC and I tore my damn Achilles. I should have sat my ass at home.”

Harris says he was done with fighting back then but Bellator came calling with an offer that he just couldn’t refuse.

Much like his initial entry into the sport when he fought for $600 because he was trying to buy a car, Harris knew this was an opportunity to make some good money to help provide for his family.

In fact, the Oklahoma native was always fighting because it provided him with a good income but it never had anything to do with how much he loved thee sport.

“I’ve never enjoyed fighting ever. It’s a great way to feed my family,” Harris said. “I was self-employed. Wrestling was the only thing I did my entire life and it was the closest thing I could find to the competition, which I didn’t even like that a lot. I was like I’m good at it so I’m going to do it.”

Because there’s always more money to be made, Harris is honest enough to know that a lucrative offer could potentially pull him back into the cage again but if that ever happened, he still wouldn’t consider himself out of retirement.

Chances are, however, that Harris has hung up his gloves for good.

“Here’s the deal—the money’s cool, it comes and goes. I didn’t make a lot this weekend and I’d be a fool to turn down a huge offer,” Harris stated. “ But I don’t see myself fighting anymore. Can I fight? Yes. I could compete in Bellator but I don’t see myself winning a title. I’m 40.

Spoken to Gerald a bit via social media and he's a really cool dude. Hope retirement treats him well.

That was a really great and honest interview. I wish him the best.

seth baczyinski has been fighting lethwei lately . he can probably punch hard as fuck

All the best man, enjoy and hope you had fun

Ricky Bobby said:
All the best man, enjoy and hope you had fun
Click to expand...