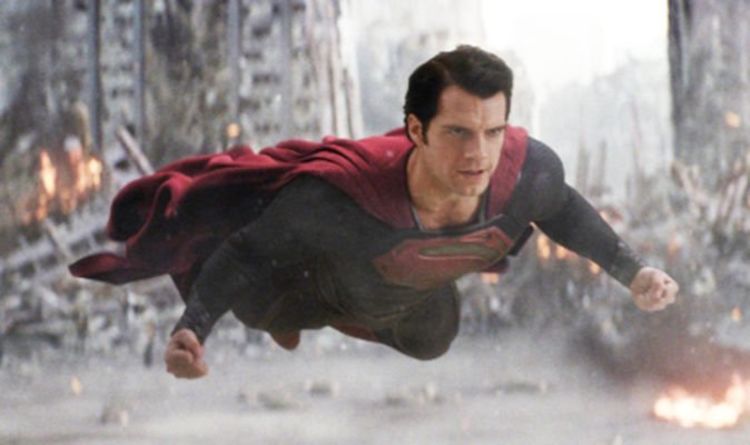 HENRY CAVILL has reportedly signed a new deal to return as Superman.

Having starred in Man of Steel, Batman v Superman: Dawn of Justice and Justice League, Henry Cavill’s Superman has been rather quiet of late. Rumours he was leaving the role sprouted at one point, but now sources say the 37-year-old is reprising the DC superhero after signing a new deal. According to TCN, insiders say the new contract includes three movies and options for cameos in other DCEU films.

Allegedly, it was following the successful Justice League Snyder Cut movement that saw interest in Cavill’s Superman grow once again.

And reportedly Cavill himself made a pitch, one that was “widely praised”.

Right now it’s not clear what the three movies and possible cameos could be.

But one of these could certainly be another Superman solo outing following Man of Steel.

While it’s possible he could feature prominently or pop up in Dwayne Johnson’s Black Adam, Shazam! Fury of the Gods or maybe even Aquaman 2. Express.co.uk have contacted Cavill’s reps for further comment.

His return as Superman follows news Ben Affleck is reprising his Dark Knight for The Flash movie.

The star’s incarnation of Batman will feature in the 2022 multiverse-crossing movie alongside Michael Keaton’s version.

After all, Batfleck is The Dark Knight that the DCEU’s Flash has already come across in Justice League.

The director told Vanity Fair: “He’s a very substantial part of the emotional impact of the movie.

“The interaction and relationship between Barry and Affleck’s Wayne will bring an emotional level that we haven’t seen before.

“He’s the baseline. He’s part of that unaltered state before we jump into Barry’s adventure. There's a familiarity there.”

The next DCEU movie for release on Warner Bros’ slate is Gal Gadot’s Wonder Woman 1984.

The delayed comic book movie was set for an October 2, 2020 release, but has been pushed back to Christmas.

Then next year sees James Gunn’s The Suicide Squad arrive in August, before Black Adam at Christmas.

The Flash, Shazam! Fury of the Gods and Aquaman 2 will follow in 2022 and hopefully feature Superman cameos.

While the four-hour Justice League Snyder Cut arrives on HBO Max next year.

As already teased, the new version of the movie features Black Suit Superman following his resurrection.

And who knows, maybe unseen scenes in this version of Justice League will have a direct impact on Superman’s future in the DCEU?

I think he’s great, and I love Man of Steel

Lars Soros said:
I think he’s great, and I love Man of Steel
Click to expand...

Henry Cavill is a great Superman but DC needs to chill on their movies.

Super Dave said:
Henry Cavill is a great Superman but DC needs to chill on their movies.
Click to expand...

Super Dave said:
Henry Cavill is a great Superman but DC needs to chill on their movies.
Click to expand...