Jones says he will ‘expose’ Ngannou: ‘You ain’t scaring nobody’

Atto said:
Ngannou throws punches at weird angles and always finds his target.
For example Cain.
Jones will be in lala land and I think he is all talk and would not take a fight against Ngannou.
Click to expand...

Ur right
he just "retired"

After what he did to Machida that's all I wanted. Now I hope we never see that happen lol...

Jon Jones walking away from fight with Francis Ngannou, UFC after 'unbelievable' negotiations

Inside Job said:
Jon just talked himself out of a fight with Francis and a Rematch of his consecutive losses
Or just wants out of the testing pool so he can run some serious Gear before a jump to HW 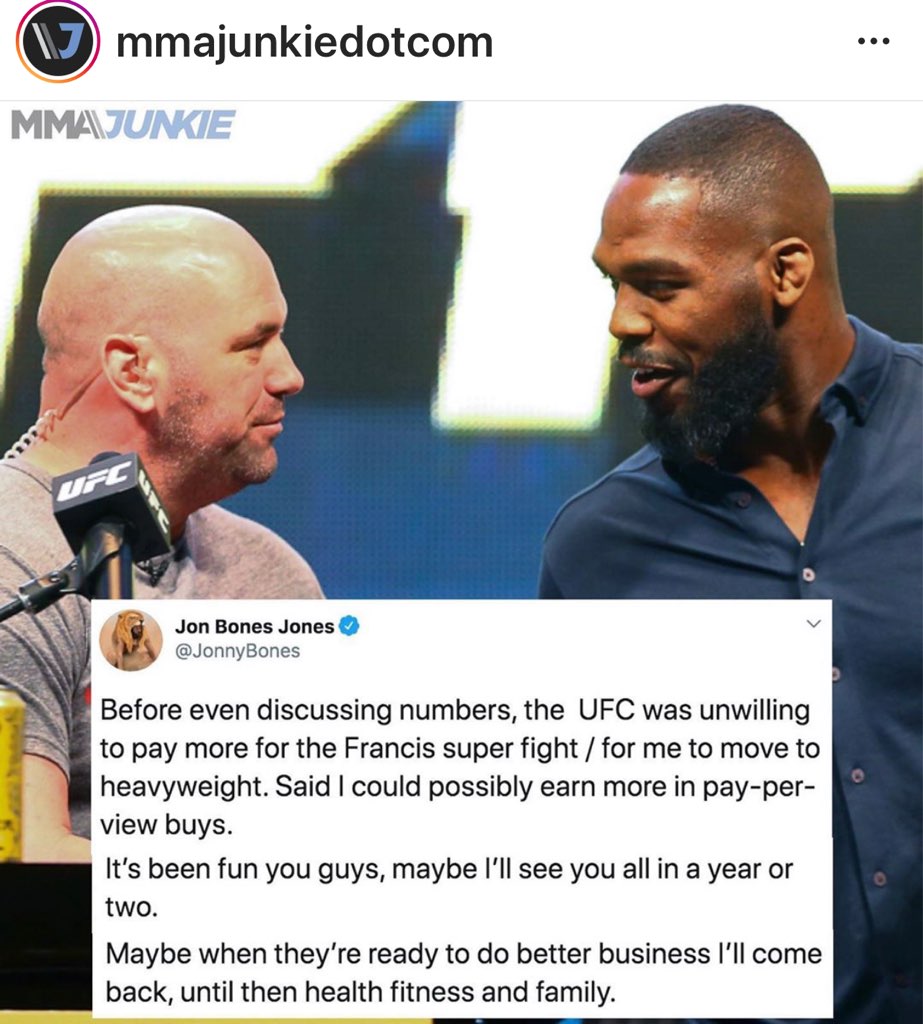 Vagabond said:
I think Jon will have advantage like some LWs moving up to WWs having advantage. (stamina and speed) and overall IQ and experience in the cage.
Masvidal was just a good LW fighter but he became a great WW fighter.

As much as I want to see Jon take a devastating loss, I think Jon can win, stay outside and pick Francis apart.
Francis has more power for sure but doesn't have the speed of the lighter weights JOn faced, and even from a speedier lighter weight fighters, Jon got hit with powerful clean shots a very few times.

Vagabond said:
ok maybe I was wrong...
Click to expand...

Thuglife13 said:
After what he did to Machida that's all I wanted. Now I hope we never see that happen lol...
Click to expand...

It will only happen if he fights Ngannou. I don't see any other heavy weight doing it, winning maybe but can't knock out Jones.
You must log in or register to reply here.
Share:
Reddit WhatsApp Email Link
Top Bottom