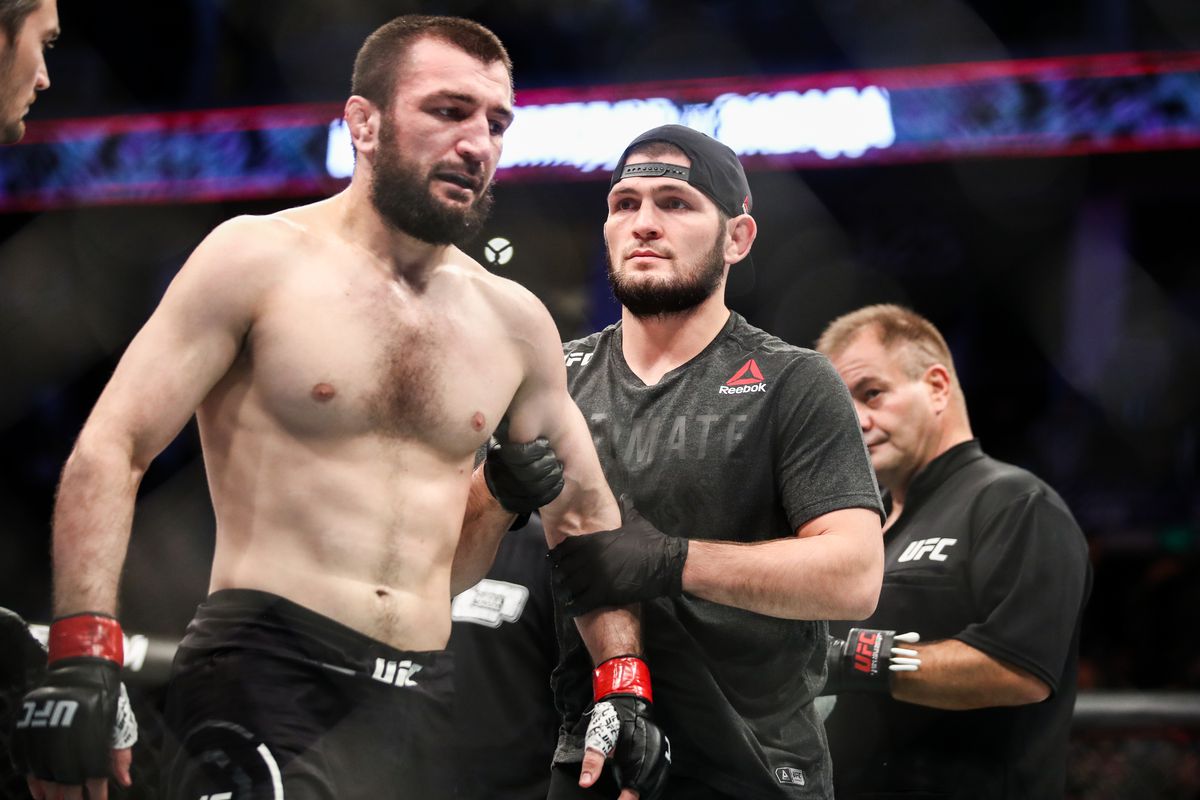 Conor McGregor couldn’t beat Khabib Nurmagomedov, but he didn’t miss an opportunity to gloat when the UFC lightweight champion’s family took a loss in the Octagon.

Welterweight Abubakar Nurmagomedov, Khabib’s cousin, was unsuccessful in his UFC debut on Saturday, losing via first-round submission to David Zawada on the preliminary portion of UFC Moscow.

Shortly after Nurmagomedov’s loss, McGregor tweeted and deleted a series of insults mocking Abubakar and Khabib, who was in Abubakar’s corner: 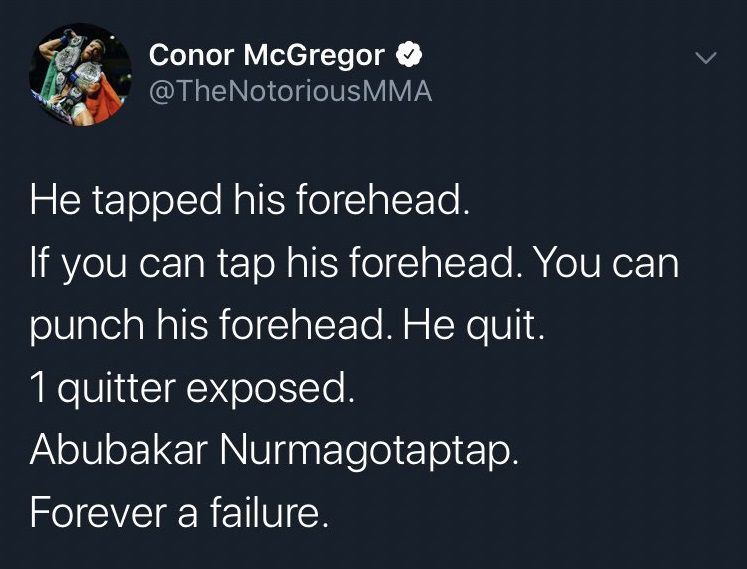 McGregor and Khabib Nurmagomedov fought in the main event of UFC 229 last October. Their bout was the culmination of a lengthy and personal feud between the two that involved associates from both fighters’ camps. On fight night, Nurmagomedov defeated McGregor by fourth-round submission to successfully defend the UFC lightweight championship. Post-fight, Nurmagomedov leaped into the crowd to attack McGregor cornerman Dillon Danis.

During the ensuing melee, McGregor became embroiled in a physical altercation with several of Nurmagomedov’s teammates, including Abubakar. All the fighters involved were later fined and sanctioned by the Nevada State Athletic Commission.

“As for a rematch, to fight for a belt in the UFC, I remember I had something like nine or 10 fights. If he wins 10 fights in a row, then that’s completely possible,” Nurmagomedov said.

Of course, a potential rematch isn’t a matter in which Nurmagomedov has final word, but it does show how much the Russian doesn’t want to step back into the Octagon with McGregor.

Khabib and McGregor’s history
The antagonistic relationship between two of the most famous fighters in the world is well known to anyone that has even lightly followed the UFC in recent years.

There is a no love lost between Khabib Nurmagomedov and Conor McGregor. (AP Photo/John Locher)


So you can see why Nurmagomedov might not want to put the fame and money of a rematch into McGregor’s pocket unless he absolutely has to.

conor is a shit human being

Of course, a potential rematch isn’t a matter in which Nurmagomedov has final word
Click to expand...

LOL of course it is, if it means he's rejecting it. The UFC can't make him fight. They can strip him or offer him more cash but Khabib absolutely has the final say in whether he'll fight.

I kinda like it keep trashing them till he gets a rematch.

Nick Diaz still GOAT said:
I kinda like it keep trashing them till he gets a rematch.
Click to expand...

Or reTapping.
The sheer irony of him mocking someone for tapping is mind boggling.

KWingJitsu said:
Or reTapping.
The sheer irony of him mocking someone for tapping is mind boggling.
Click to expand...

right? all of COnor's losses came via tap... what a fool

jason73 said:
conor is a shit human being
Click to expand...

shit is a Conor pile.

Hey Conor, maybe after Abubakar tapped he could have looked Zawada in the face and said “It’s just business”....just here to collect a pay check...right Connie?
J

conor will suffer a mysterious jumping in ireland from some russians.
You must log in or register to reply here.
Share:
Reddit WhatsApp Email Link
Top Bottom