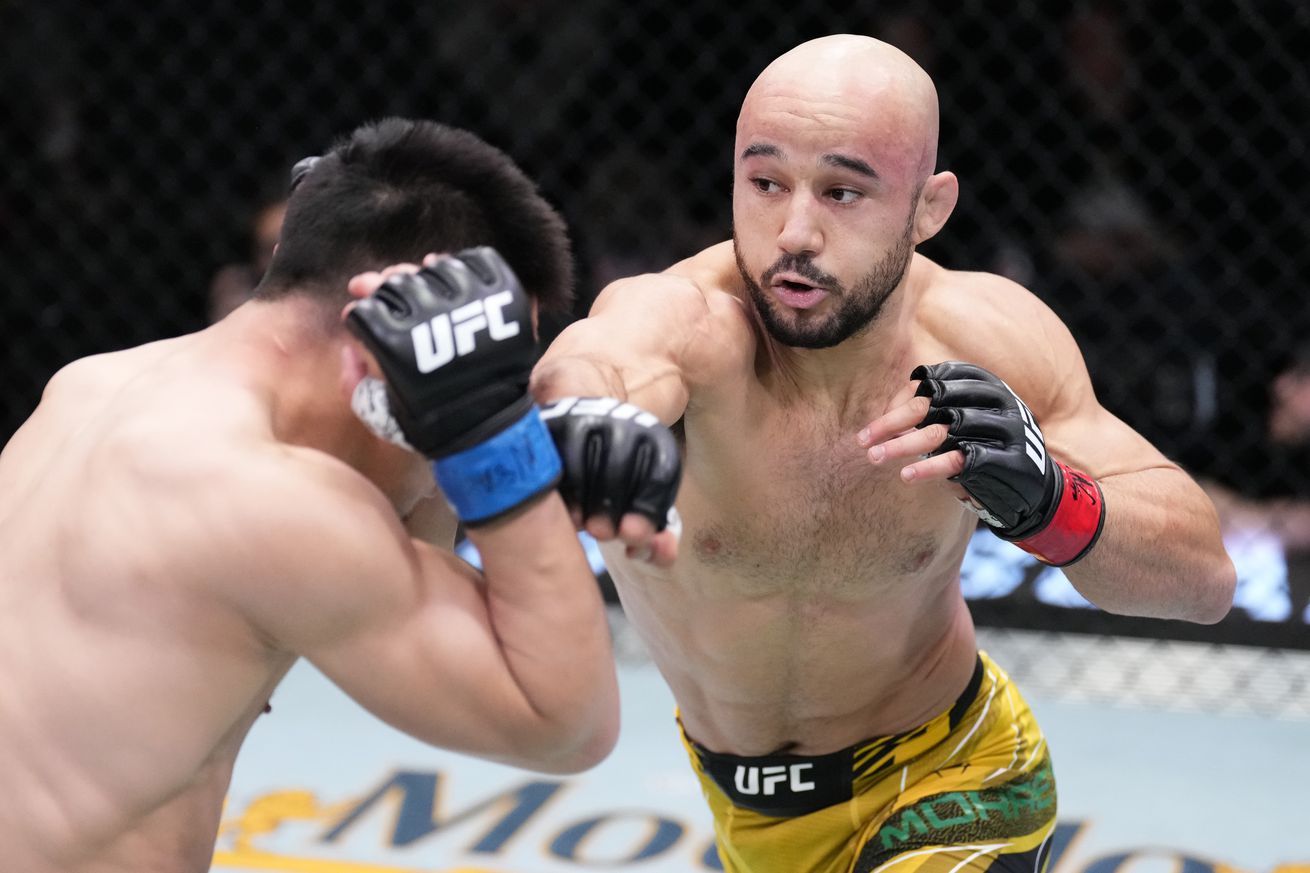 Months after announcing his retirement, Marlon Moraes is returning to competition.

‘Magic’ left his gloves in the Octagon after a first-round KO loss to Song Yadong at UFC Vegas 50 this past March. A month after his loss, Moraes released a statement confirming his retirement but vowing to stay involved in the sport by helping his friends and upcoming fighters.

“I want to thank everyone — Sean Shelby, Dana White and the UFC for giving me so many opportunities,” wrote Moraes. “I wanna thank my family, my coaches, my manager, everybody who has been around and been part of my career. I want to say thank you to Mark Henry, Ricardo Almeida, Frankie Edgar, Anderson Franca and Hunter Campbell.

“I’m still gonna be around the sport helping young guys and helping my friends.”

It appears as though helping his friends and upcoming fighters has reignited the desire to compete for Moraes, who is now expected to sign with Professional Fighters League (PFL) and compete in the 2023 season. Brett Okamoto of ESPN reported details of the signing were ‘still coming together,’ but Moraes and his manager Ali Abdelaziz have confirmed he was joining the roster.

Guys I wanna announce I’m coming home where I started, I wanna thank the legend Ray Sefo & @PFLMMA get ready for some firework

“Guys, I wanna announce I’m coming home where I started,” wrote Moraes. “I wanna thank the legend Ray Sefo [and] PFL MMA. Get ready for some firework.

Thank you to all the fans for the good messages and even to the haters, I love you guys and without you this would not be possible

“Thank you to all the fans for the good messages and even to the haters,” continued Moraes. “I love you guys and without you this would not be possible.”

Though he has spent most of his career at bantamweight, Moraes will return to featherweight, a weight class he competed in more than a decade ago.

The Brazilian established himself in World Series of Fighting (WSOF) — now known as PFL — where he went 11-0 between 2012 and 2016. In that run, Moraes won the inaugural WSOF bantamweight championship and defended it five times, tying fellow former WSOF champion Justin Gaethje for most consecutive defenses in promotional history.

Following his departure from WSOF, Moraes joined the UFC and went from newcomer to contender in five fights. The American Top Team product dropped a split decision to Raphael Assunção in his debut but rebounded with wins over John Dodson, Aljamain Sterling, Jimmie Rivera and Assunção.

Moraes vied for the then-vacant UFC bantamweight championship against Henry Cejudo at UFC 238, where he suffered a third-round TKO loss. He returned to the win column with a hotly contested split decision win over José Aldo, but failed to capitalize on the newfound momentum. The 34-year-old was finished by (T)KO in his next four appearances, which brought about the end of his UFC career.

He was something in his prime.
That Cejudo fight seems to have took some soul.
You must log in or register to reply here.
Share:
Reddit WhatsApp Email Link
Top Bottom