My old biker friend and his side cart doggy!

An old family friend who stumbled upon me online a few months ago recently made a trip across the province to come and see me...............and he brought his pooch with him! The last time I saw this guy I was 2 years old and it was 1972. That night, our house was surrounded.........he was one of the most wanted men in Canada (bank robber and escapee), and him, my dad and my mother were all taken into custody for a long night of heavy handed interrogation.

He has been sentenced to more than 30 years in his life, but as it is now, his time has been served and he has been living a simple life for the past 30 years. He had things he wanted to speak to me about, so I sent my wife and kids away for a long weekend and he and I sat and knocked back drinks for 3 days, listened to a lot of The Allman Brothers and Van Morrison, and exchanged several stories with each other, but mostly, I listened to him and sat fascinated by the experiences and ridiculous tales this man was willing to share.

A weekend I will never forget! A weekend that I may never be able to accurately convey in words. A weekend full of more far out stories than most people would hear in an entire lifetime! Some day I will be able to say more, lol, but for now, all you get is a photo of his doggy with the helmet in the sidecar!

You have lived a hell of a life man, and you're not even half way thru lol. Love these threads.

I Wild Each It said:
You have lived a hell of a life man, and you're not even half way thru lol. Love these threads.
Click to expand...

Man, after spending time with a fellow like this man and hearing the crazy stories of his own, as well as those of the people whose paths he has crossed along his dark and twisted road, it really makes my life feel relatively uneventful, and very fucking peaceful I might add!

there should be a new dog/man biker gang.

You are going to habe some tales in your later years. Your stories 'now' are enviable.
Where is that picture taken? I'm certain it on the west coast I would even venture west coast of vancouver island. If I was to guess I would say zeballos

Love reading your posts keep it up.

ShatsBassoon said:
You are going to habe some tales in your later years. Your stories 'now' are enviable.
Where is that picture taken? I'm certain it on the west coast I would even venture west coast of vancouver island. If I was to guess I would say zeballos

Love reading your posts keep it up.
Click to expand...

Hey thanks buddy, I appreciate that you can appreciate them. Sometimes i feel like it's overkill when I'm sharing this shit, but there is so much craziness connected to me from the past that one door seems to open another, and next thing I see something fucked up that I feel like putting out there, lol! Believe me, there is so much that I would love to put out there and can't, but that stuff will show itself in another form one of these days.

I am located in Slocan, BC...........it's in the West Kootenays in the southern interior, about 10 hours drive from Vancouver to the west, and the same to Calgary over to the east, and about an hour from the border into Washington State. It's a great spot, as the pictures can validate I'm sure.

what a great thread. you gotta give us more details my friend!!!

Hey Dana White's #1 Fan, I have made a promise not to put any of the stories he delivered to me on the internet, but we will be working together on something over the coming months and I am hopeful that there will be something to show for it over the next year or so.

I can post these pics for anyone who didn't see them the first time I posted them, before I removed them from that thread, lol!

Here are the mugshots of this fellow which he had mailed to me along with 5 others with his first letter, before I knew who sent them.

He was 17 years old in this picture, the second youngest inmate in the Kingston Penitentiary at that time (1965). The youngest was my uncle Bill by a few months, also 17 years old. 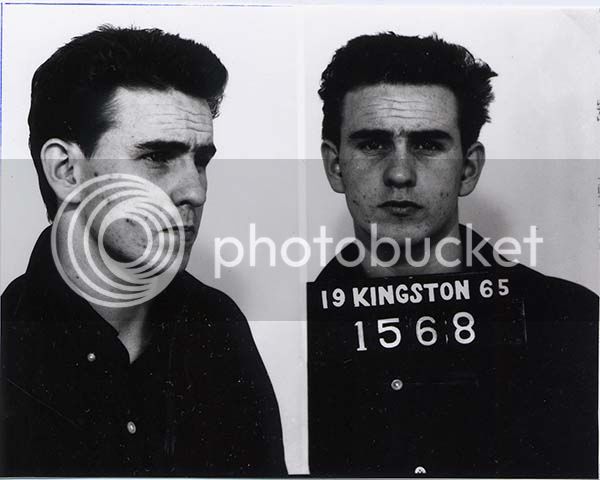 He he is again, all cleaned up four years later as he is being checked back into Kingston Pen for another bank robbery. He received 19 years for this one, but escaped a few years into his sentence, was recaptured before being broken out with some help from the outside...........then he was captured again while staying at my house when I was 2 years old (in 1972). 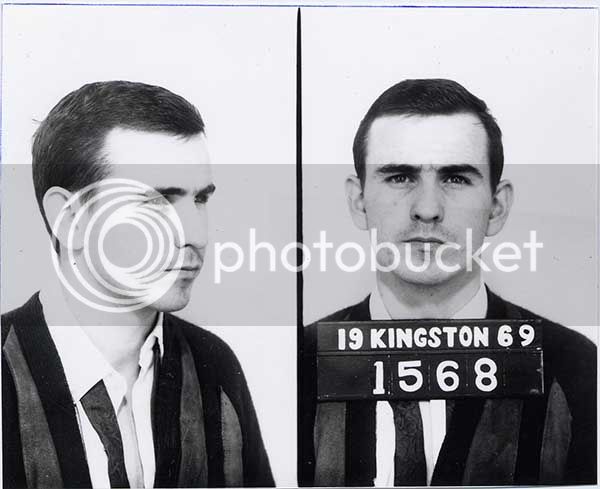 Here is a pic of him and I from his first trip out to see me at the end of June. Here is the mugshot of my father, which this old boy also sent to me in that first letter. This is my Dad's mugshot at the Kingston Penitentiary when he was 20 years old in 1965, five years before I was born. 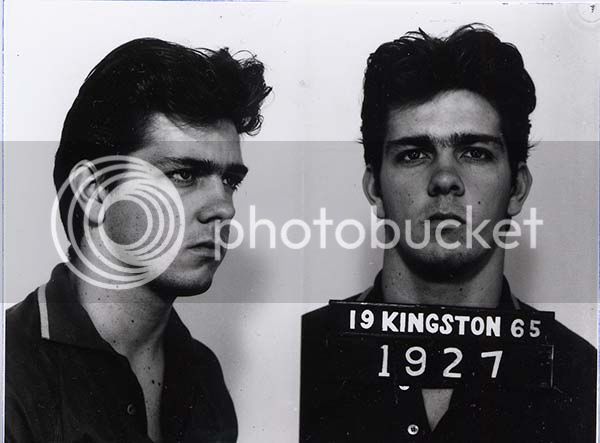 you need to turn these stories into a book. I remember all the stories you have told over the years and it pretty remarkable brotha!!

Dana White's #1 Fan said:
you need to turn these stories into a book. I remember all the stories you have told over the years and it pretty remarkable brotha!!
Click to expand...

Definitely. People that are telling the stories usually dont realize how captivating they are...like our friend

@sgotwalks here. If all of these were captured in a book, I think you would be surprised at how successful it would be.
You must log in or register to reply here.
Share:
Reddit WhatsApp Email Link
Top Bottom