Nate Diaz an ‘easy sell’ for WWE according to Henry Cejudo 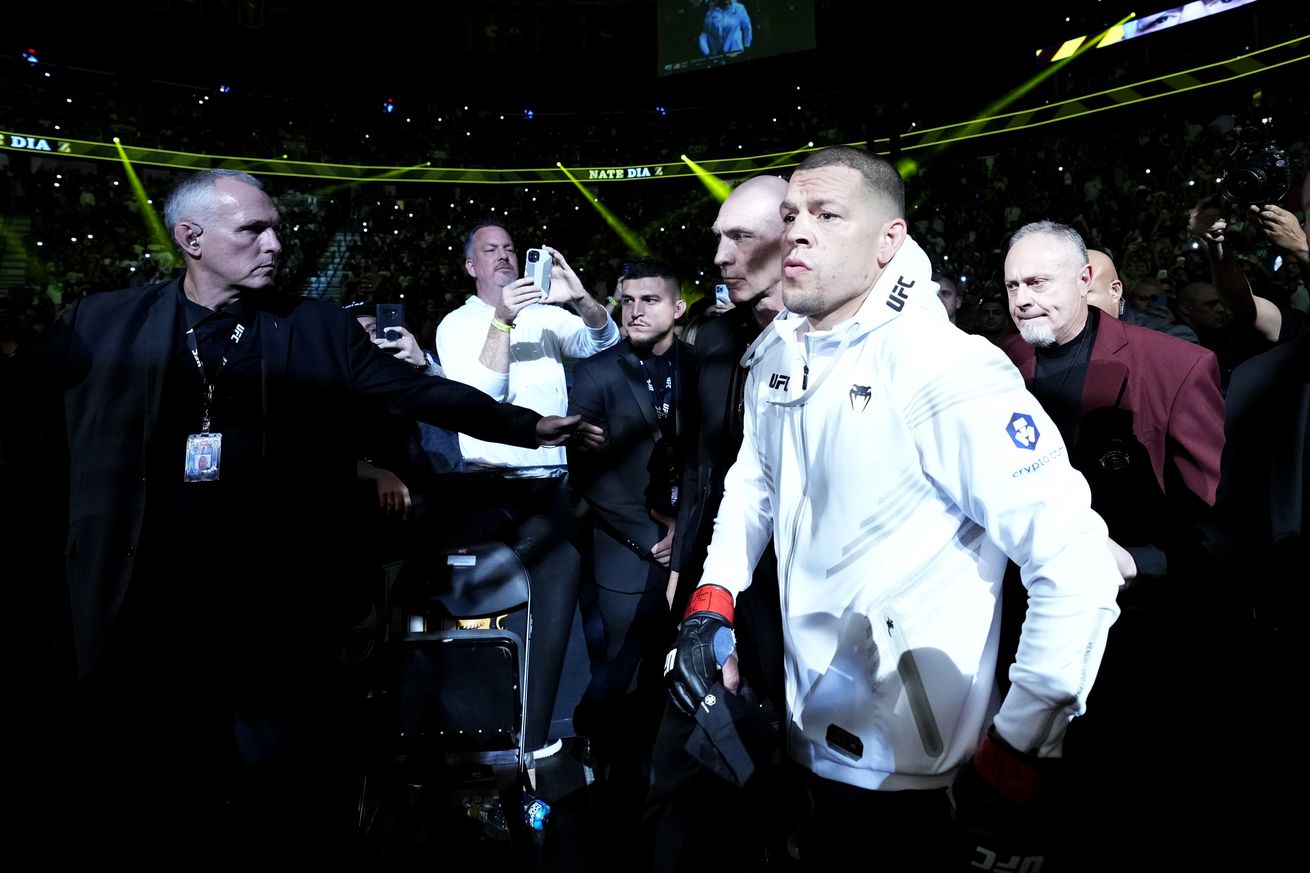 UFC veteran Nate Diaz is ‘looking to dabble into WWE’ according to former UFC flyweight and bantamweight champion Henry Cejudo.

Diaz, winner of The Ultimate Fighter 5, was recently pictured with WWE stalwarts Triple H and Stephanie McMahon, with the Stockton native looking to explore free agency after fighting out of his current contract with a submission victory over Tony Ferguson at UFC 279.

If I'm WWE why wouldn't you figure out a way to work with Nate Diaz. WrestleMania is in LA next year. Could be a fun one off (via @elijahg209) pic.twitter.com/4eRjAfSwxZ

Cejudo claims Diaz is looking to ‘make money’ in WWE after bumping into him at the ADCC Submission Fighting World Championships at the weekend, with ‘Triple C’ labeling Diaz an ‘easy sell’ due to his bad boy personality.

“We just saw Nate Diaz too. I saw him in the restroom,” Cejudo revealed in a recent interview with MMA reporter Helen Yee. “He was high as a kite and so was I. And we looked at each other, he’s hilarious. Anyway, he’s looking to dabble into WWE to make money. We gotta use the brand that the UFC has given you and all these other platforms and continue to make money as an entrepreneur.”

“I think he’s an easy sell too. Let him be him, you know and just know that it’s not real,” he added. “He’s [Nate Diaz] a popular guy now. He could dabble into everything. He’s enjoying it and having fun. I think the UFC had offered him quite a bit of money, he’s like, ‘No!’ There’s money to be made with the promotion that he’s started [Real Fight Inc.], with WWE, all of them. We can all learn a little bit from that. It’s important for you guys to start a gimmick or persona because this is how you build a following.”

Diaz is also looking to explore options in boxing, with YouTuber turned boxer Jake Paul teasing a showdown with the UFC fan favorite after his Oct. 29 fight against Anderson Silva.

There’s also the possibility of a trilogy bout with Conor McGregor, although Diaz would have to re-sign with the UFC, which is unlikely given his current status.


Nate Diaz ‘looking to dabble into WWE’ after pictured with Triple H and Stephanie McMahon?

I agree with this. Their base is 13 year olds (some physically, some mentally) so the Diaz vibe is absolutely perfect for them.

I doubt WWE will want to cross promote with MMA after the Rousey disaster.