General NFL star Alvin Kamara has a $75 million contract, but hasn't spent a dime of his football earnings

NFL star Alvin Kamara has a $75 million contract, but hasn’t spent a dime of his football earnings

Four-time Pro Bowl running back Alvin Kamara may have a $75 million contract to his name, but the Saints’ superstar is still ready to go back to his days surviving off a loaf of bread and a jar of peanut butter if he needs to.

The 25-year-old is conscious of living well within his means, he says in a recent interview for Uninterrupted’s “Kneading Dough” series.


“I’ve always known the value of a dollar,” the Georgia native says.

It’s a lesson he learned from his mother, who taught him the importance of hard work. “As a kid, I saw my mom work multiple jobs only to be able to afford the bare essentials.”

That appreciation for financial security has led him to be a savvy spender since his first day as an NFL player, when he received his signing bonus and only treated himself to a chicken wing dinner.

“I’m like, ‘Okay, this is more than I’ve ever had. My mom ain’t never had this much,’” Kamara tells Uninterrupted. “It would be a shame if I got this and lost it. I’m gonna keep doing the same thing I’ve been doing — [spending on] what I need and that’s it. I’m not about to go over the top, I’m not gonna live beyond my means.”

Kamara says that after four seasons in the NFL, he has yet to spend any of his football money from either his rookie contract or massive extension with New Orleans.

Instead, he lives off of the money that he earns doing endorsements. But Kamara is picky about what he lends his likeness to, partnering only with companies where he sees a future working together.

“I want to be a partner. I want it to be a real relationship to where it’s not just a one-off thing,” Kamara says. “All the brands that I work with I can call directly and talk to a CEO or somebody high up and have a regular conversation with them. It’s almost like a family. We’re working together, but we care for each other.”

Kamara also says that he is in control of all of his money. Nothing gets moved around without his approval.

“I keep it close like that because of the loaf of bread and peanut butter. I had to do it [before] and I’ll do it again if I have to,” he says. “But there’s no reason I should have to do that again.”

Boxer Paulie Ayala did the same thing during his career.

Ayo Esparza take notes stop taking your sexual conquests out for expensive sundaes. then going bankrupt. 1000 dollar sundae and yet they got some ghetto as diner salt and pepper with splenda packets lol 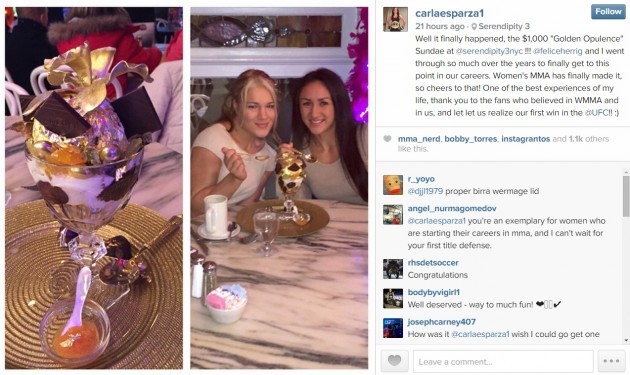 Made A Billy Goat Puke

he will probably even be able to live just off the interest that money makes when he retires if he barely spends the 75 million.

Finally, somebody with sense! He's no Mike Perry when it comes to being a thespian but he's close... But in the serious note, I've always liked Alvin and I'm glad he's trying to ensure that he isn't just"rich" but is wealthy.. You could turn that into much much more being frugal.. Yes I used that word.

When your gratitudes exceed your expectations...

Always good to see athletes being responsible with their money. I hate seeing guys broke as shit 5 years after they're out of the league.

You don't have to live like a pauper, but spending it all as fast as it comes in is no bueno. That faucet generally stops pretty quickly for pro athletes.

May dog bless you, Amen 🙏

That is awesome. Especially since the runningback is considered a short-term position.
You must log in or register to reply here.
Share:
Reddit WhatsApp Email Link
Top Bottom