@ECC170's fun/psychotic post about wrestling mindset and adversity and Khamzat Chimaev being 98% invincible?

when we get high quality posts like that, we could make funds by selling the NFT of the post. let's get into this exciting new market.
Q

@ECC170's fun/psychotic post about wrestling mindset and adversity and Khamzat Chimaev being 98% invincible?

when we get high quality posts like that, we could make funds by selling the NFT of the post. let's get into this exciting new market.
Click to expand...

I don't like nfts but I like your idea on this 1😂 Khamzat only going to get better and better.

just think: wasting your money on something shit so that a cocky fuck can buy a nice car and boast about how clever they are on instagram

I was delighted to discover that one such cocky shitbag recently spent MILLIONS on that completely irrelevant jack dorsey tweet about setting up his fuckin twitter account. the cunt arrogantly assumed he could turn as fast profit by selling it on. he has since discovered how perfectly useless it is, and that his decision to buy it was a poor one lol

haha this is fun. look at the flash twat who bought it haha https://www.google.co.uk/amp/s/amp....22/apr/14/twitter-nft-jack-dorsey-sina-estavi

...as Khamzat is coming off his worst performance.

I could make Millions!!

Robbie Hart said:
I don’t get nft’s.
Click to expand...

Do you want a brief summary?

BJTT_Kiwi said:
Do you want a brief summary?
Click to expand...

BeardOfKnowledge said:
...as Khamzat is coming off his worst performance.
Click to expand...

You know a guy is good when his worst performance is FOTY.. hate, all you want, he will be champ..

goddammit I need to go and find that fucking post now..

ha, it was in a thread I started! imma make like 3 bucks


ECC170 said:
Lol he slammed his way out I that, watched fight.. He's still green in the experience department and if obviously on an excellerates learning curve, and the fact he hadn't seen MMA until Conner vs Aldo, is mind numbing...

There are too many legit tough guys that vouch for Khamzat, And coaches that aren't aligned with him that have witnessed him do things to Established talent of all sizes and that alone holds tremendous weight.. myself being a very wrestling savvy guy myself and educated in the sport having been it over 20 years, knowing Khamzat placed 3rd in Russia at nationals at the Junior level(17-19 Y.O or 9-12th in USA) it speaks to his grappling Pedigree.. There have been multiple 19 Olympic champs btw

There are guys that have won world/Olympic titles/medals and never Won their own national tourney, at Jr/senior level, b similariar to Big Ten conference in college Wrestling (college is folkStyle where as Khamzat freestyle wrestling Natty
champ) big ten is so loaded every year, that The last 15 national titles have came from the big Ten..


Where year in year out nearly every single team in the Big Ten (14 schools now not 10) are usually ranked in top 25 with the Top 5 usually being made up with at least 3-4 Big ten teams and many years 5/5 with up to 8 of the Top 10 teams being from the Big Ten yo put into perspective how unreal and dominant Big 10 wrestling is .

There's been numerous guys who couldn't win a big ten conference title, win A national title/s.. In the Freestyle/Greco scene in Russia , It's so loaded, that the competition cannibalizes itself ... Just like I'm Folkstyle and the Big 10, during season it's such a brutal schedule vs nothing but The best, that come national tourney, they big ten guys get separated and get to face different opposition and it shakes shit up and gives guys who might have a guy or 2 they can't beat and match up bad style wise, they get more favorable match ups and end up making further than his that best them in conference with The ACC And big 12 also producing high level talent most not at nearly the depth, but enough to upset hours and shake shit up ...

Big Ten wrestling is the most dominant sports conference ever, and will a be.. for those guys not familiar with wrestling that might watch football, The bug ten wrestling makes SEC football look like child's play ..


And I'm Russia, with combat sports being more engrained into their culture than Baseball or any other sport in the states, it's hard to compare..

Russia is obviously huge and is home to Endless elite wrestlers, at every level, that placing top 3 being a young man is all you need to know about Khamzats Pedigree..


This pedigree is the reason he won multiple national titles in Sweden with ease, even going up in weight outscoring his opposition something like 240-8 going 23-0 and only having 4 offensive points scored on him and that was with exposure aka him exposing his back attacking a Turn himself😂

Only match went the distance with him winning 4-0 over future World team member.. His passport issues and being a Native to Sweden only reason he couldn't have made the Olympics/world teams...
Yes, I'm fully aware that Sweden isn't a wrestling powerhouse, but there's Def legit guys at the national level who have international experience and he played with em all and made it look easy..

Him being born during a civil War, Falling down a fight of concrete steps and surviving as an infant, being trained with world class Tutilage in Russia, having to fight for every single thing he's ever had, His physique is Ideal for combat sports, Unwavering self belief is a ultra rare combination that manifests a Apex predator with an indomitable Spirit, that isn't an act.. Unlike Colby, Connor and every other Fighter facade that's often manufactured to get fans, Khamzat genuinely means and believes every single thing he says..

Losing to him isn't what losing to everyone else means..

He's experienced Loss in so many unimaginable scenarios that fighting in a cage is literally a Lottery ticket with him having first 4 numbers figured out, as opposed to most ppl who are looking at fighting, as one of the scariest things they'll every endure..

When you gotta worry about your house/gym getting bombed while you're asleep or training, having a luxury of just having water let alone clean water and the choice of it being hot or cold or any other amenity that many fighters / people take for granted on a daily basis and inhumane conditions often times lived in, that harder way living, is what makes those guys from the caucus mountains a different breed let alone their Skillset they've developed..

And the life that they have to live is just overall hell on earth they end up embracing and making the most of, where most people would fold..

wso wtf you think it's going to happen, When these monsters, have the resources and support system to actually dedicate themselves to a sport AKA MMA? That upbringinging, Work ethic, And deep appreciation of the small things, is what makes them Stand out as a different kind of animal among other killers.
Click to expand...

It’s all about having proof that you “own the original” and that’s where the value comes from.

Think of the Mona Lisa - there’s only one original (which is valuable), and a bazillion copies of the same picture (on everything from postcards to coffee cups) which are basically worthless as they are just copies and anyone can make them.

The proof that you own the original is stored in “blockchain” which is basically a publicly visible online ledger system, which records transactions (sales and ownership) amongst other things.

For example - Splinty sold the Mona Lisa to Robbie Hart for $1m on 29th April 2022, and the Blockchain would be able to verify this transaction.

but in a digital world, the copies of NFTs are indistinguishable from the original. I dont think owners are able to stipulate when and where they are used. meaning your NFT is a collectors item that one person pays for, and everyone else has access to.

would you like to basically own my coin collection? [/NFT]

ECC170 said:
You know a guy is good when his worst performance is FOTY.. hate, all you want, he will be champ..
Click to expand...

You got me all wrong. I like Khamzat, but that fight exposed a lot of holes in his game. Usman's gonna eat his lunch.

haha thinking about it, Jack Dorsey's first post isn't now hidden on twttr, you can still see it if you bother to search, I'm guessing. meanwhile that flash git paid $2.9m for it. you can view what he owns same way as he can, then laugh and check out something else without paying for it.

jimmy boogaloo said:
haha thinking about it, Jack Dorsey's first post isn't now hidden on twttr, you can still see it if you bother to search, I'm guessing. meanwhile that flash git paid $2.9m for it. you can view what he owns same way as he can, then laugh and check out something else without paying for it.
Click to expand...

Didn't that guy auction it and get like $9k or something? 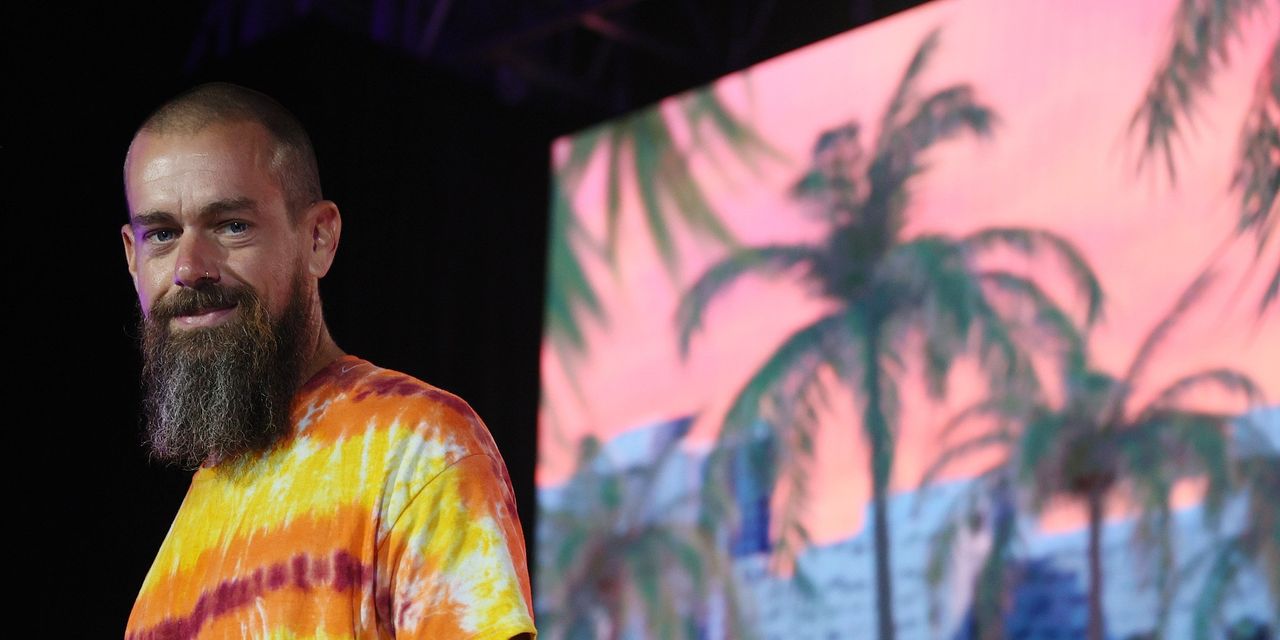 Modest bids for the tweet, which was converted to a nonfungible token last year, reflect a maturing NFT market.

hahaha it is worth nothing. but he paid for it. so maybe we might be able to get something for the NFTs of CMNH's posts after all.
T

I bet i can ko Arlovski
Click to expand...

I don’t care how old she is. That chic as all fucking woman. Holy shit, she is a smoke show.
Click to expand...