I'ma rub your ass in the moonshine 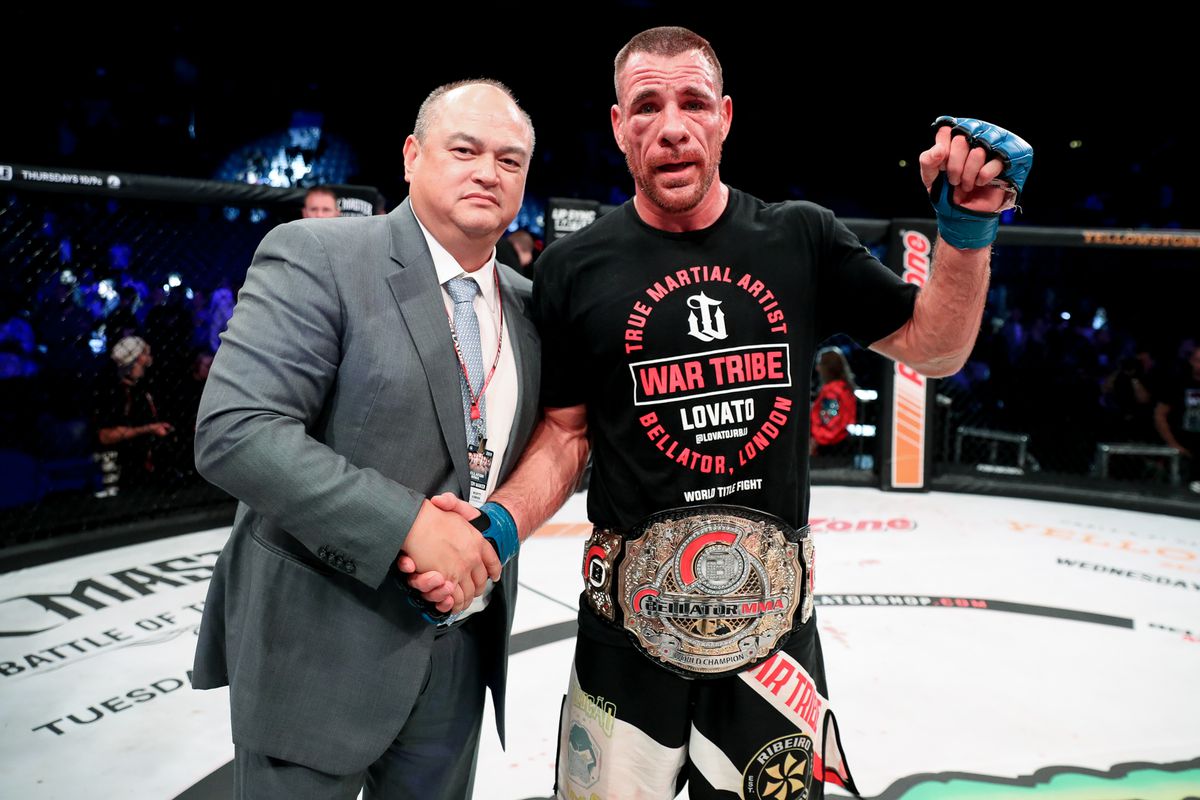 Rafael Lovato Jr. is no longer the Bellator middleweight champion.

The Viacom-owned promotion announced on Monday that Lovato, 36, has decided to relinquish his title due to an ongoing medical condition. Lovato previously revealed that he was diagnosed with cavernoma, a condition found in the brain or spinal cord where “an abnormal clusters of vessels with small bubbles (or caverns) [are] filled with blood.”

Lovato disclosed his diagnosis during an appearance on the “Joe Rogan podcast” and now he’s given up his middleweight title while he continues to seek treatment.

“My journey with my team and family to become the Bellator middleweight world champion was incredible and something I will cherish forever,” Lovato said in a statement released on Monday. “I dreamed of having a long reign as champion, but sometimes life has another plan.

“Bellator has been very supportive during this difficult process, a situation that has never really happened before in our sport. I know the division must move on while I am on the sidelines and I wish everyone great fights on their way to that belt. I will be working to come back if it is possible – and if not, life will continue to be amazing for me and I look forward to working with Bellator in another fashion.”

Lovato became middleweight champion with a hard-fought majority decision over Gegard Mousasi last June. That victory moved him to 10-0 in his career as the former grappling champion wrapped up his first major title in mixed martial arts.

Now Lovato’s career has been put on hold indefinitely while he deals with this brain condition.

“This has been an incredibly challenging time for Lovato Jr., his team and his family at home,” Bellator President Scott Coker said. “He is a true warrior of the sport and I cannot say enough about him for making such a difficult decision. His health is the priority for us and we will continue to work with him on addressing the next steps in his career.”

Bellator has not made any decisions yet regarding the future of the middleweight title, but the promotion confirmed plans for the vacant belt will be decided “in the coming days.”

I thought he already did this, maybe this was the official announcement.

Give that man the belt!

Thoughts on what he's dealing with? I do some ENT jazz but any knowledge I have of the skull ends there.

Thoughts on what he's dealing with? I do some ENT jazz but any knowledge I have of the skull ends there.
Click to expand...

My knowledge of his condition is limited, but based on what I read I would for sure not be fighting if I had it. The discussion they had on the JRE is well worth listening to, it was a really good episode and there was some thoughtful discussion about his condition and the different opinions he has gotten from neurosurgeons and neurologists.
You must log in or register to reply here.
Share:
Reddit WhatsApp Email Link
Top Bottom