The next TMMAC gold winner should get that red chair for a prize...

these cards have good energy

jason73 said:
they could do better than 2 japanese guys in red shorts with matching red gloves
Click to expand...

its the end of a grand prix

Funny how these 2 guys kinda look alike just like the first 2 did...

so this guy is fighting on the main card tonight 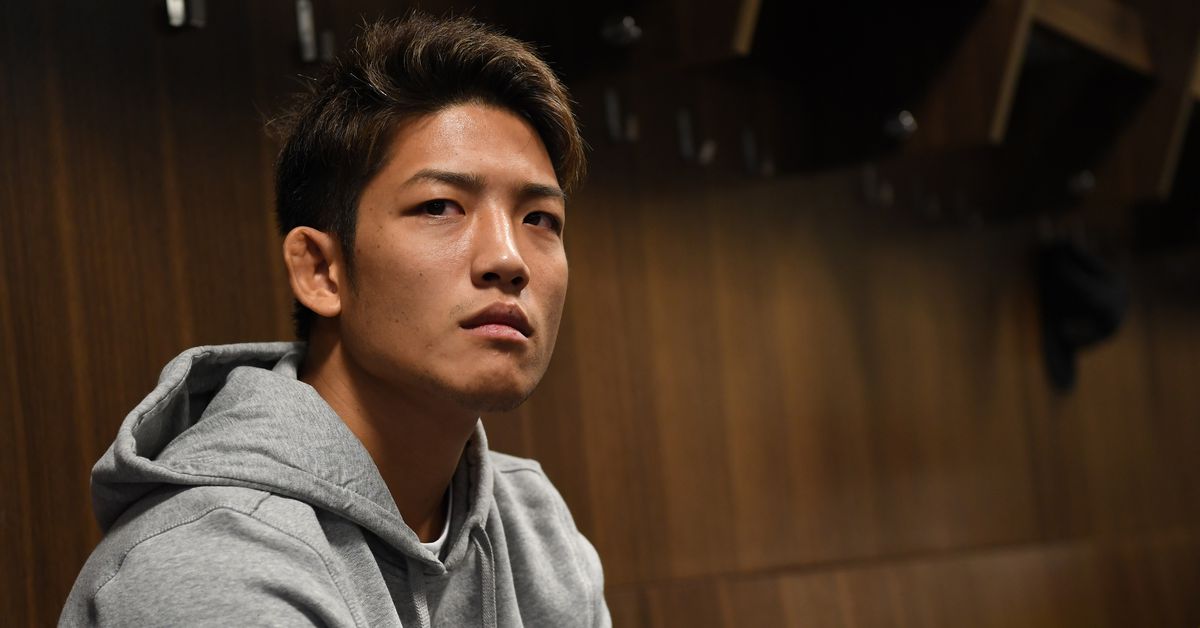 While insisting that he “liked women, not gays,” Horie explained that his tenure as a sex worker earned him more money than a regular job and allowed him to focus on his dream to compete in MMA.

“I got 20,000 yen in less than an hour, but it was pretty big! I was able to face martial arts in a short time, exceeding the amount of 2 days of part-time work that I do for 8 hours while standing! It’s pretty painful now, but as long as I’m alive I can chase my dreams!”

Good round for Japanese Ortega...

jason73 said:
better get that guy on a steroid IV if he has to come back out and fight again tonight
Click to expand...

i wonder if the

@conor mcgregor nut hugger is in the pink gulag