Sandhagen advocates for Sterling to get next title shot 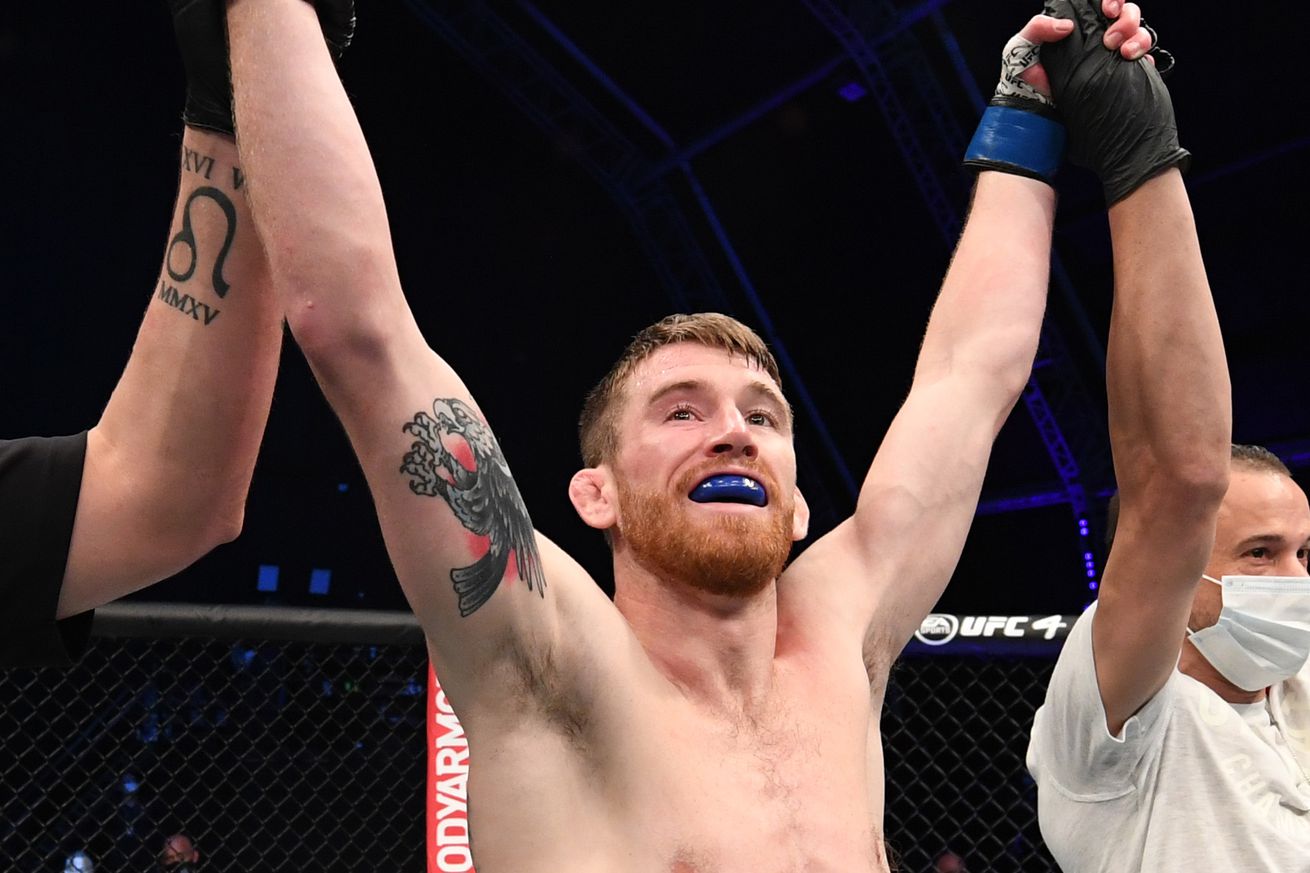 Fresh off of beating Marlon Moraes in spectacular fashion in the headliner of UFC Fight Island 5, Cory Sandhagen is talking up what he thinks makes most sense for him and the 135 lb division.

“I would feel really bad if they did me and Yan and did that to Sterling,” said Sandhagen, per MMA Fighting. “That said, it’s a dog eat dog sport, so if they give me that shot, I’m taking that shot. But I think it should be Sterling and Yan.”


Sandhagen said that if that fight gets made, his goal would be to stay ready as a possible alternate should either Yan or Sterling fall out of the match-up.

“I’m definitely going to do that of course now, because I think that I’m probably the No. 1 guy if one of those guys gets hurt.”

For himself Sandhagen thinks either a match-up with former UFC bantamweight champion T.J. Dillashaw or former UFC lightweight champion Frankie Edgar makes a lot of sense. Dillashaw is eligible to compete in January after serving a lengthy suspension related to testing positive for the banned substance EPO.

Sandhagen showed he didn’t have strong feelings on which of those former champions he would prefer to face. He suggested he was happy for the UFC to decide which of those big names gets him closest to a title fight.

“I don’t really know how the mind of the UFC matchmakers works 100 percent,” he said. “I just know win fights, get good finishes and they’ll give you good fights.

Sandhagen came into the UFC in 2018, off the back of a successful—featherweight title winning—run in LFA. In his debut he pasted Austin Arnett for a body shot TKO win. After that he beat Iuri Alcantara, Mario Bautista, John Lineker and Raphael Assuncao.

At UFC 250 in June he was quickly beaten by Sterling, via a first round rear naked choke. That was just the second loss in Sandhagen’s career. After beating Moraes last night his record stands at 13-2.