Jesus X said:
you know what is trippy some 35 year old could have fought in that war when it started as a new soldier, had a kid (or several) and they both could have still been in that war together today.
Click to expand...

I served on an overseas base that was started right after 9/11 to forward deploy for the GWOT. There were guys there that were there when it opened as privates. They are back and they will be retiring from the military in 2 more years...holy shit.

tang said:
i can live with that.
Trump's methods are too brash but at least he's making moves and in order to make moves, maybe we need a hothead like Trump or else we'll never leave anywhere.
Click to expand...

I support ripping the bandaid off the middle east and letting others enjoy Syria as much as we enjoyed Iraq and Lybia.
This is not the way to do it.
Yes I've served. Yes I've been deployed. Hell, I'm still in, part-time, anyways.

Jesus X said:
you know what is trippy some 35 year old could have fought in that war when it started as a new soldier, had a kid (or several) and they both could have still been in that war together today.
Click to expand...

you wrote 'trippy' but I think you meant 'gross' or 'disturbing' or maybe 'shameful'.

How about Iran... all of a sudden we stopped hearing about how big of a threat they were?

Or the national emergency? Y'all got that under control yet or is it still an emergency?

North Korea warned the United States, Britain, France and Germany on Monday against raising the issue of Pyongyang's missile tests at the United Nations Security Council saying it would "further urge our desire to defend our sovereignty."

The 15-member council is due to meet behind closed doors on Tuesday after North Korea said last week it had test-fired a new submarine-launched ballistic missile. The discussion was requested by Germany with the support of Britain and France.

"We know well that the United States is behind impure moves of the UK, France and Germany," North Korea's UN Ambassador Kim Song told a small group of reporters at Pyongyang's UN mission.

"The United States and its followers should bear in mind that if they raise the issue of our self-defensive measures at the UN Security Council meeting in this moment, it will further urge our desire to defend our sovereignty," Kim said.

The missile launch last Wednesday was the most provocative by North Korea since it resumed a dialogue with the US in 2018. Security Council resolutions ban Pyongyang from using ballistic missile technology.

The test came ahead of fresh nuclear talks between North Korea and the US in Sweden. The working-level talks were broken offon Saturday after Pyongyang blamed Washington for inflexibility.
Click to expand...

About 12 p.m. on Monday, Oct. 7, officers were sent to a commercial area along Eighth Street South near the Interstate 94 interchange for a disturbance call. A woman told police she was driving southbound in the 1000 block of Eighth Street South near Concordia College when a man pulled up next to her and yelled at her, saying he disliked her bumper sticker supporting Warren.

Police said in a news release that the man, later identified as Joseph Schumacher, then pointed to his own political bumper sticker and talked about his different political views. Swenson said the woman had “engaged” with the man for about eight blocks before he drove past the woman's vehicle and held up a handgun.

Officers were able to locate the suspect inside a restaurant in the Brookdale Shopping Center and found a loaded handgun in his vehicle's center console, according to the release. Police said the passenger in the suspect's vehicle confirmed what reportedly happened.
Click to expand...

Make of this what you will... I'm not sure of the quality of the source. 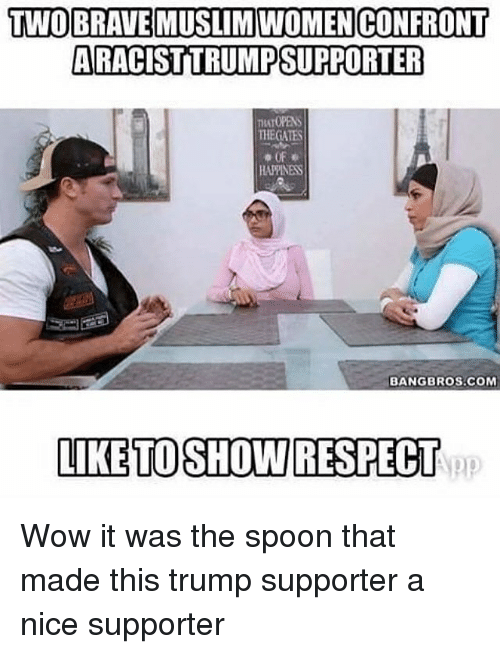 Filthy said:
you wrote 'trippy' but I think you meant 'gross' or 'disturbing' or maybe 'shameful'.
Click to expand...

MC Gusto said:
How about Iran... all of a sudden we stopped hearing about how big of a threat they were?
Click to expand...

MC Gusto said:
Or the national emergency? Y'all got that under control yet or is it still an emergency?
Click to expand...

Filthy said:
I think when the political heat gets too high he throws out chaos to take the wind out of whatever is threatening him.

In this case, he's doing something that's universally reviled, even by people who support the action in principle, and my guess is that it's to take the focus off of the quid pro quo investigation. I think what he did is pretty much what every POTUS has done for the last 100 years, but that doesn't make it OK.
Click to expand...

for sure there's an agenda behind all the moves Trump makes but I don't think it all comes down to the quid pro quo investigation because the reason General Mattis stepped down was because Trump initially was big on pulling out of Syria, and that whole fiasco started about a year ago.

and here's another perspective.
During the first year of the Korean War, the Americans gained lots of momentum where they could have pushed all the way through North Korea which would have unified North and South Korea until the Chinese got involved and pushed American troops back south. The combat continued throughout for couple more years until they had the armistice agreement signed by US, NK, and China. For 70 years, cease fire remains but also the US involvement remained.
I wish US would have pushed all the way through when they had a chance and left Korea after but that's asking too much when around 36,000 American troops died during the Korean War. But whatever they were trying to do after the ceasefire, US is involved and it's been around 70 years past, and US is stuck in that region more than any other region, after 70 years, they still can't leave.
The scale of things are smaller than the Korean peninsula with the situation in Syria, but there's no for sure time and date of when is the best time to leave. They still can't get out of Afghanistan, every little small reason keeps drawing them back in. 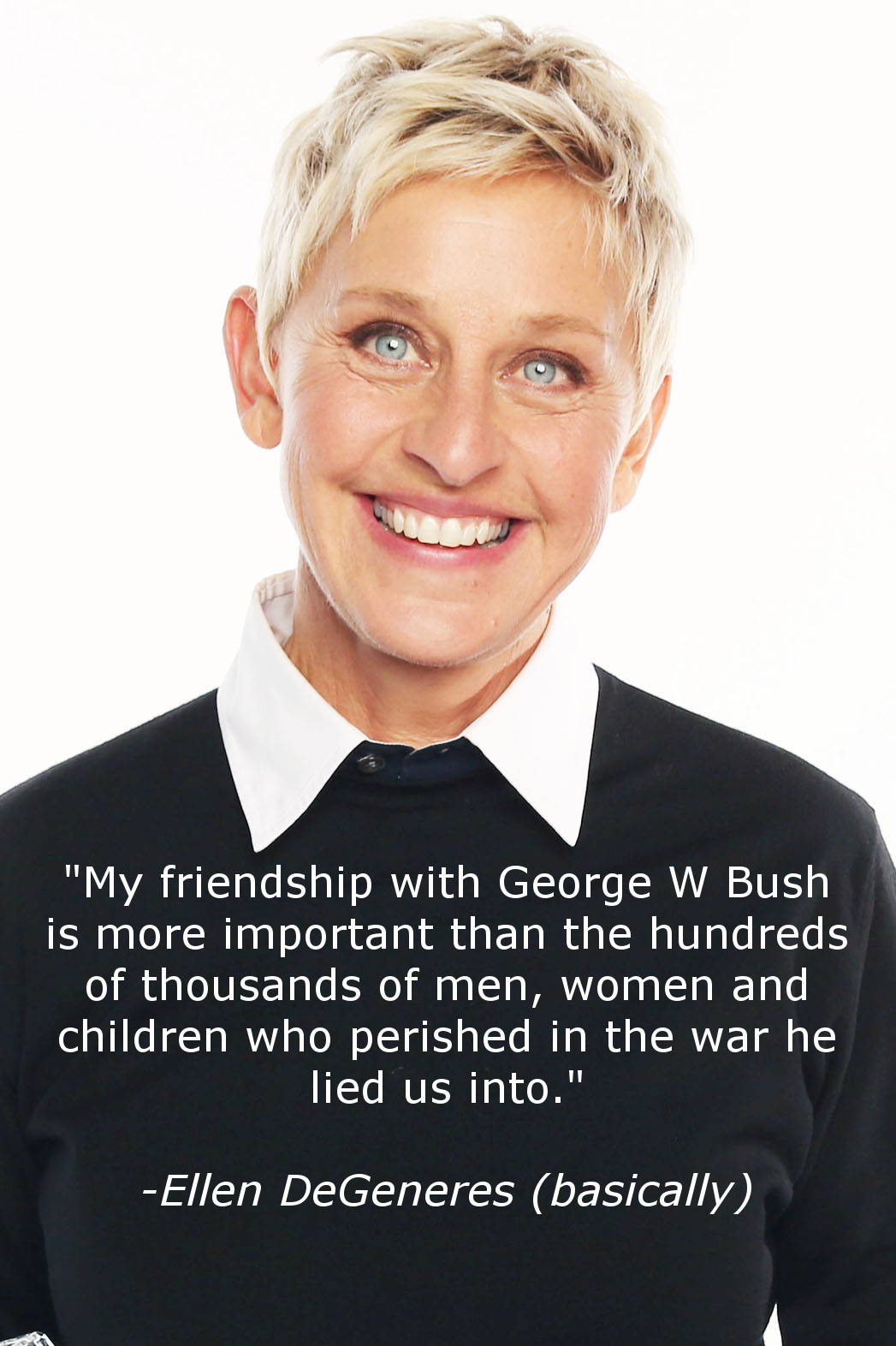 President Donald Trump’s trade-related payments to American farmers have quietly become the mother of all bailouts.

Back when General Motors and Chrysler faced bankruptcy during the Great Recession, Presidents George W. Bush and Barack Obama pumped billions into a rescue of the auto industry. That bailout ultimately cost the public about $12 billion when everything was settled and loans repaid.

But that looks like small potatoes compared with the farm bailout underway now. So far, Trump’s direct payments to farmers hurt by his trade dispute with China have totaled some $28 billion — more than twice what the auto bailout cost, according to calculations from Bloomberg Businessweek. And the payments are still flowing with no end in sight to the trade dispute.

The real mother of all bailouts came during the Great Recession when the U.S. government pumped nearly $200 billion into Fannie Mae and Freddie Mac, the government-sponsored mortgage security agencies that were awash with bad mortgage debt. But that money eventually was repaid with profits for the government.

There is, in fact, a long history of government bailouts, mostly for failed banks. The news service ProPublica lists 980 such bailouts, of which most generated a profit or at least were repaid in the end.

The government advanced some $60 billion to GM and Chrysler during the bankruptcies of which most was repaid except for the $12 billion that wasn’t.

Here’s the problem: China has purchased billions of dollars worth of American-grown soybeans, pork and other agriculture products over the years. Farmers’ agricultural sales overseas have actually produced one of America’s few trade surpluses. But China’s soybean and pork purchases, including those from Michigan farmers, have more or less dried up because of the trade dispute that saw each nation slapping tariffs on each other’s goods.

Farmers are hurting. Net farm income this year is expected to total about $58 billion, the second-lowest profit of the past 10 years. That comes on top of other recent troubles, including this year’s spring rains that delayed planting and a multiyear drop in the prices of agriculture commodities.

Trump is trying to ease that pain through direct payments to farmers hurt by the trade war.

Or consider this: In 2013, direct government payments and federal crop insurance benefits made up 20 percent of U.S. farmers’ profits. This year, they’ll total about 34 percent as revenues from actual sales drops.

With no end in sight to the trade dispute with China, despite occasional hints of progress in the on-again-off-again negotiations, the payments to farmers hurt by lost sales look likely to grow next year.

Here’s another difference with the auto industry rescue of a decade ago: The auto industry’s giants, GM and Chrysler, were truly facing imminent failure during the Great Recession. Fears that a collapse of GM might cost 3 million jobs in the U.S. economy through ripple effects spurred the rescue effort.

Despite the dire need of the auto industry, that effort was controversial. Some conservatives argued that bankruptcy might be a better solution.

By contrast, American farmers, while facing some normal market ups and downs in recent years, were in nowhere near the same perilous position before the trade dispute disrupted their sales.

Indeed, the collapse of U.S. soybean sales to China was a self-inflicted wound brought on by trade hawks in Trump’s inner circle and their clumsy handling of legitimate trade disputes.

And now, having punished U.S. farmers to make his point with China, Trump showers them with cash.
Click to expand...

Only tangentially related but you've got me curious...
How is Tony Blair viewed in retrorespect these days? 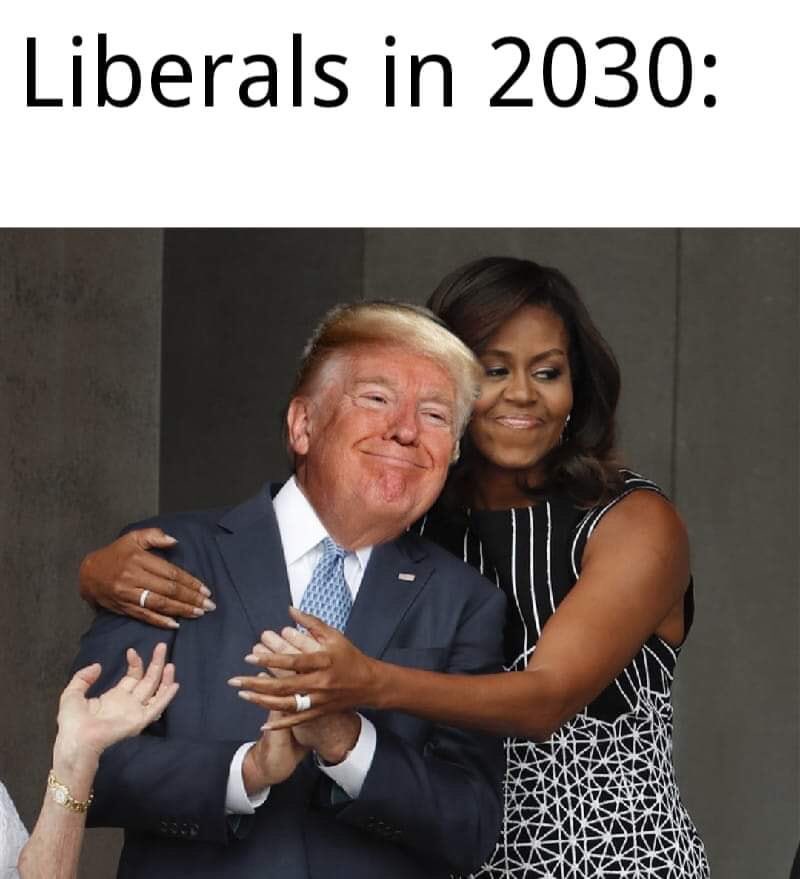 Splinty said:
Only tangentially related but you've got me curious...
How is Tony Blair viewed in retrorespect these days?
Click to expand...

I mean I know that's your view, but do you think the average public around you thinks that? That's kind of what I'm getting at.

Splinty said:
I mean I know that's your view, but do you think the average public around you thinks that? That's kind of what I'm getting at.
Click to expand...

Only a select few labour right supporters don't view him as a war criminal, and maybe some Tories. The Iraq war was very unpopular here.

Splinty said:
I mean I know that's your view, but do you think the average public around you thinks that? That's kind of what I'm getting at.
Click to expand...

Poisonous. He conveyed hope and had insight and a practical grasp of political realities ( unlike Corbyn ) but is now tainted beyond redemption by Dodgy Dossiers and non-existent WMD’s. He turned out just to be a tricky fixer in hock to the USA, as so many of our leaders have. Cleverer than many but worse than most, he fatally wounded the safe consensus that the UK Liberal / Left is at least trustworthy. I doubt if Britain will ever recover military certainty and moral authority after our Iraq and Afghanistan adventures, and he has a large measure of responsibility. Fuck off Blair - your li...

that's the most upvoted answer
https://www.quora.com/How-is-Tony-Blair-now-viewed

US Senator Lindsay Graham, a close ally of Mr Trump, said he would lead an effort in Congress to "make Erdogan pay a heavy price", adding: "Pray for our Kurdish allies who have been shamelessly abandoned by the Trump Administration".

Here's your pussy grabbing info of the day.

Woman Accuses Donald Trump Of Grabbing Her Vagina Without Consent In Early 2000s | HuffPost
You must log in or register to reply here.
Share:
Reddit WhatsApp Email Link
Top Bottom