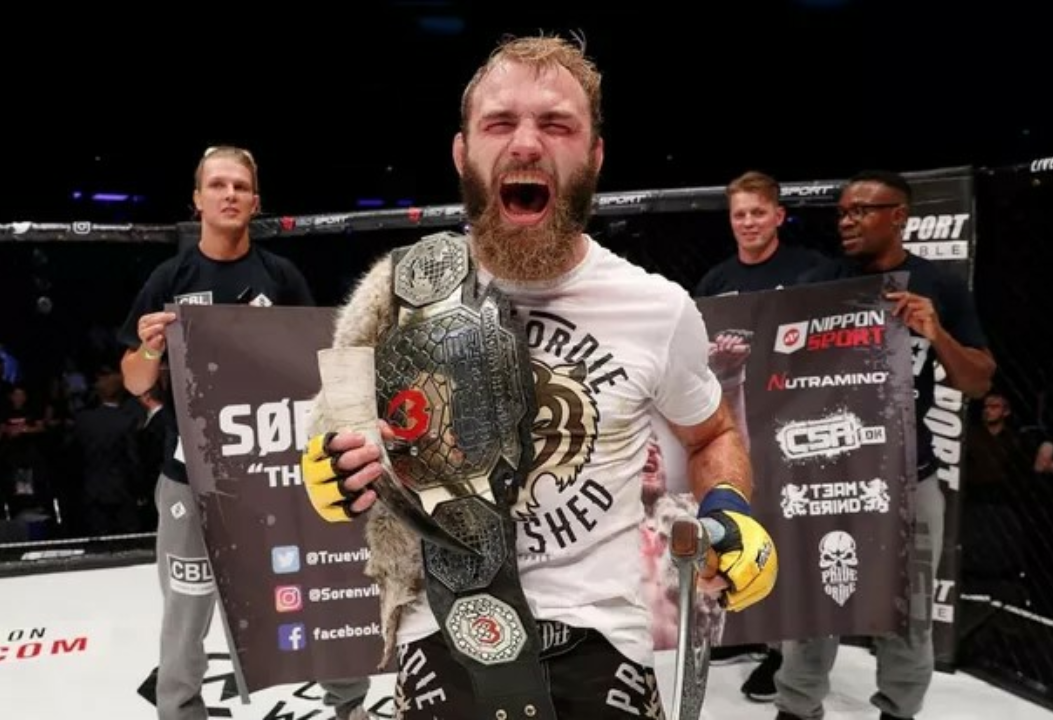 Bellator confirmed an initial report from The Sun to MMA Fighting, which stated that “True Viking” had reached an exclusive, multi-fight agreement with the promotion.

Bak (13-1-0) is considered a top-tier prospect in European MMA. After defeating former champion Paddy Pimblett to claim the vacant lightweight title in September 2018, Bak went on to secure the interim featherweight title with a majority decision win over Morgan Charriere six months later. Charriere was drafted in as a short-notice replacement for then-champion Dean Trueman.

After dipping his toe in the featherweight waters with his interim title capture, Bak committed his future to his preferred lightweight stomping ground.

Speaking to The Sun, Bak insisted that he was capable of repeating the championship status he claimed under the Cage Warriors banner with Bellator.

“I fully expect to move up the ladder as is the case any time you move into an organization like Bellator, or Cage Warriors,” said Bak.

“Even though I have a good record and good run coming in I know I have to prove myself in front of new opposition. I fully expect I am capable of reaching what I did at Cage Warriors.”