Last month both Moody’s Investor Services and S&P Global Ratings issued credit ratings for UFC Holdings, LLC (the rated entity following the acquisition of Zuffa in 2016 by Endeavor, Silver Lake Partners, and Kohlberg Kravis Roberts & Co.). With most of the UFC's finances kept away from the public's gaze, these reports offer a glimpse into the promotion’s current financial state. They also offer the opportunity to try and extrapolate further details about their financial status.

According to the Moody’s report “[r]evenues for 2018 were well over $600 million.” This would signify a decrease from the previous year, when the promotion was reported to have generated “well over $700 million” in 2017.

According to both Moody’s and S&P Global Ratings, the UFC is expected to increase the size of their senior secured 1st lien term loan from $1.442 billion to $1.877 billion, an increase of $435 million. This additional debt was to be used to pay off their $425 million 2nd lien term loan as well as to pay related transaction expenses. Furthermore, their undrawn revolving credit facility will be upsized from $150 million to $162.75 million.

While EBITDA (Earnings Before Interest, Taxes, Depreciation, and Amortization) was not given in either report, we can make an estimate using the reported pro forma leverage. With the change in the loans, the ratio of debt to EBITDA apparently increased from 7.7x to 7.8x for the 4th quarter of last year. With $1.877 billion in debt, EBITDA for 2018 would therefore be approximately $240 million.

I read that five times and still have no idea what it means.

Fantastic news.
There's nothing I love more than hearing how mant feet of snow has accumulated in Dana's driveway.
I hope Thiago Alves made his Toyota Camry payment this month, rather than lowering it.
I'd hate to hear he hydroplaned & ruined his ground effects on Pine Island Court.

i dont know what any of this means but fuck dana

jason73 said:
i dont know what any of this means but fuck dana
Click to expand... 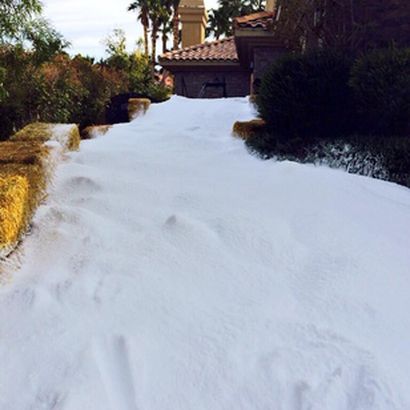 What it means is that while WME has seemingly fucked the business harder than the Fertittas ever did... That they were silly profitable in a down year. So they're effectively a better business in spite of the declining ratings, the drop in ppv sales, and just doing things that makes the hardcore fans throw shit in frustration.

Mustard Tiger said:
I read that five times and still have no idea what it means.

It means they're losing money. Remember revenues does not mean profits.

They lost 100 million in revenue. They also had to increase the amount of debt they're carrying, but their credit line has increased.
Last edited: May 19, 2019
You must log in or register to reply here.
Share:
Reddit WhatsApp Email Link
Top Bottom