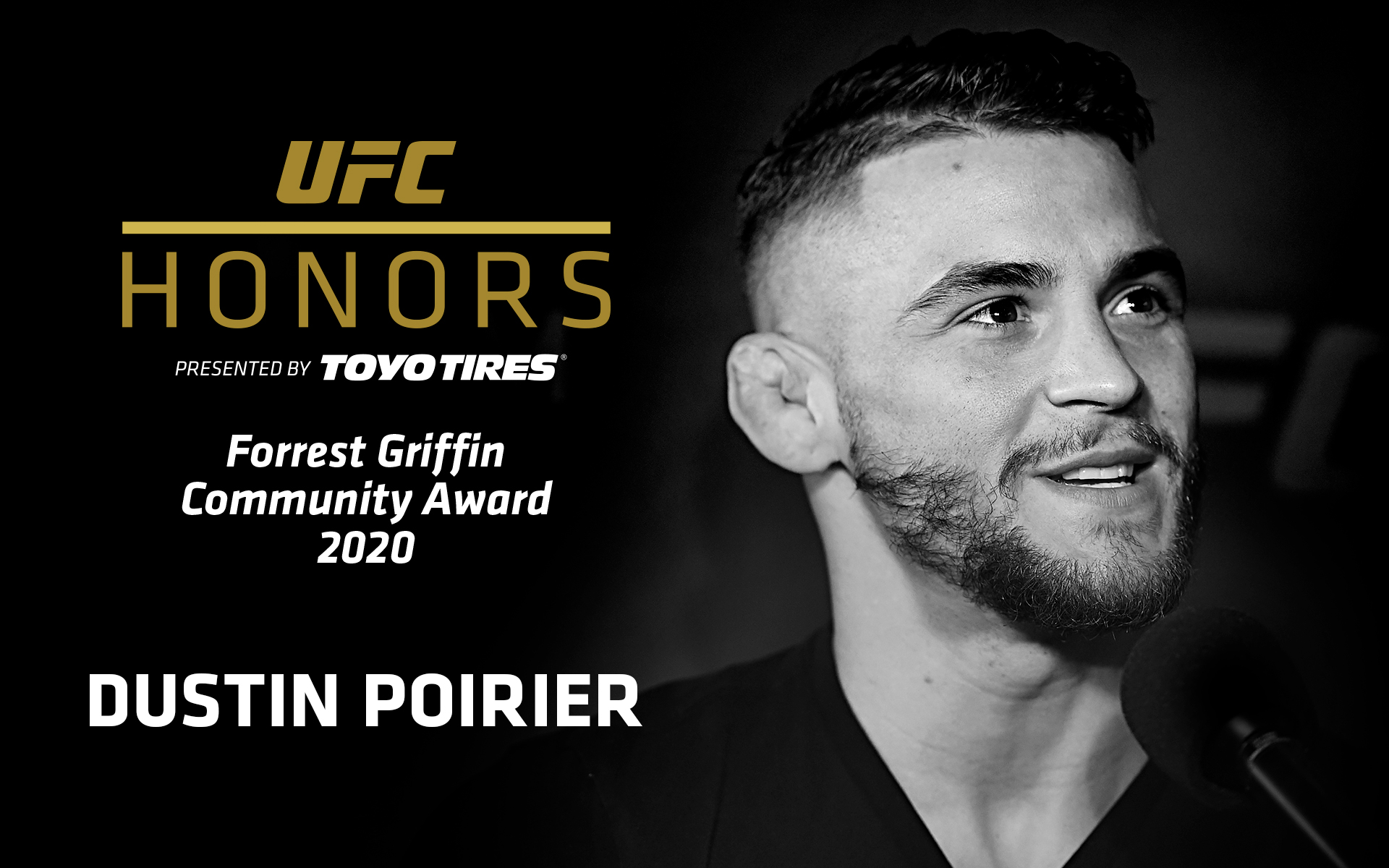 UFC® today announced initial details for the first-ever Forrest Griffin Community Award, presented by Toyo Tires®. Named in honor of UFC Hall of Famer Forrest Griffin, the award will recognize a UFC athlete for their exceptional volunteer and charity work and the meaningful impact their efforts have on the community.

“Forrest Griffin embodies what it means to truly give back and be a charitable person, so it’s perfect that this award is named in his honor,” UFC President Dana White said. “Forrest is someone that will give his time and volunteer with charities, then help fundraise by making a personal donation without any recognition. That’s what charitable giving is all about. He doesn’t do it because someone is watching him, he does it because he cares.”

The Forrest Griffin Community Award will be presented annually during International Fight Week, as part of UFC Honors President’s Choice category, as the award recipient is personally selected by UFC President Dana White. UFC Honors, presented by Toyo Tires® is the company's annual awards program recognizing UFC athletes, performances, and moments throughout each year. The winner of The Forrest Griffin Community Award will receive a $25,000 donation in their name to be given to the charity of their choosing. All donations are courtesy of UFC and Toyo Tires.... RaginCajun said:
This post was sponsored by Toyo Tires®.-

Yep, lol. I thought that part was somewhat significant because Forrest seems to have such a good relationship with that company based on his commercials. Anyway, they are in the official name of the award. The official name is actually Forrest Griffin Community Award, presented by Toyo Tires®. I'll go back and put all the italics in the right place.

*Actually, it looks like "presented by Toyo Tires" is a thing all on its own.

Good to see Dustin getting recognition for things outside of the cage. He seems like a great dude. I wish there were more like him.

Remember when Dana said “forest goes down to that charity every night after practice. Every night!”

RaginCajun said:
This post was sponsored by Toyo Tires®.-

You mean presented by "The guy who doesn't need to pay someone 30 bucks to put his summer tires on"
You must log in or register to reply here.
Share:
Reddit WhatsApp Email Link
Top Bottom