White: I ‘killed’ Hulu sponsorship after Tyson’s disapproval of biography 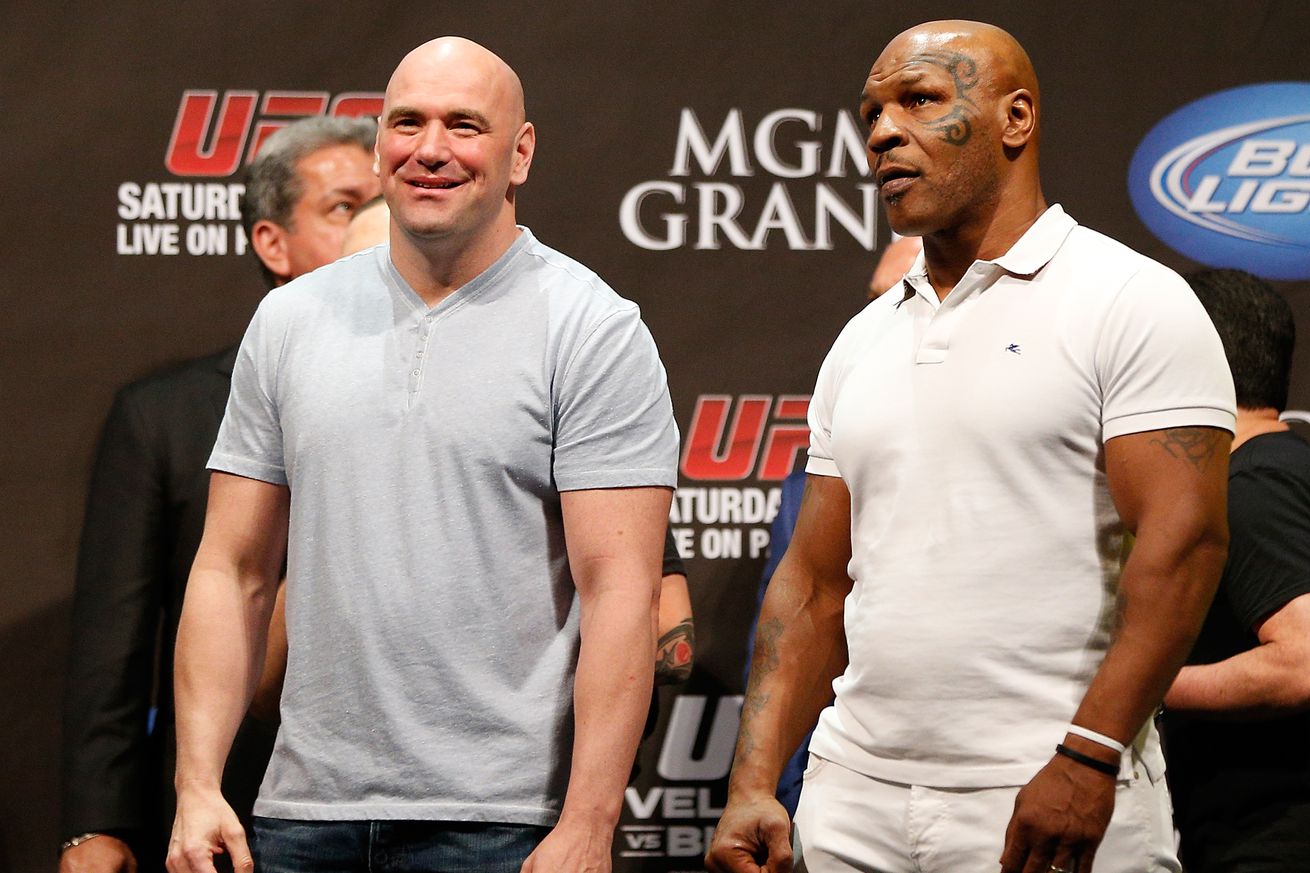 Over the weekend, boxing legend Mike Tyson unloaded on streaming platform Hulu on Twitter. The former heavyweight champion wasn’t happy about the new mini-series about his life, claiming it was done without his consent.

In one of Tyson’s tweets, he thanked UFC president Dana White for turning down Hulu’s offer of “millions” to be involved in the project.

Hulu tried to desperately pay my brother @danawhite millions without offering me a dollar to promote their slave master take over story about my life. He turned it down because he honors friendship and treating people with dignity. I'll never forget what he did for me just like pic.twitter.com/amk65CjtvJ

During Tuesday’s post-Contender Series scrum, White gave his side of the story.

“So we did a deal, or were about to do a deal, we were on the verge of a deal with Hulu to promote this Mike Tyson unauthorized biography or whatever it is. And Craig Borsari, my head of production came to me and said ‘Hey, I’m hearing that Tyson isn’t happy about this thing,’” White explained to the media.

“I call Mike and said ‘We’re in a deal with these guys, we have a verbal (agreement) to do this deal with them.’ And he said, ‘Dana, they’re f—ng me…’ That’s all I had to hear.

“I said, ‘I’m out, then. I’ll squash this deal.’ So I killed the deal and I told them that it was over and that I killed it and we won’t be promoting that show for Hulu and he did what he did.”

According to the show’s producers, they weren’t able to reach out to Tyson because “his life rights were already taken. Tyson, via his reps, immediately fired back, calling it a “flat-out lie” and saying his life rights option “expired years ago.”

"So we did a deal, or were about to do a deal, we were on the verge of a deal with Hulu"

Life rights is an odd concept

I did see one trailer, "mike" wasn't good in many ways
I can see why tyson is pissed, shit quality, shit casting, and he isn't getting a cut.

I did see one trailer, "mike" wasn't good in many ways
I can see why tyson is pissed, shit quality, shit casting, and he isn't getting a cut.
Click to expand...

Yeah but fuck him, is has proven himself to a pos person who has somehow gained cult like fans despite the fact that he wilted against hard competition and got owned by Evander Holyfield.

Theodore atlas talked about Tyson on Joseph Rohan’s podcast a while back and said “mike never beat anyone, a bully doesn’t win unless he beats a bully and he lost to those that bullied him”
You must log in or register to reply here.
Share:
Reddit WhatsApp Email Link
Top Bottom