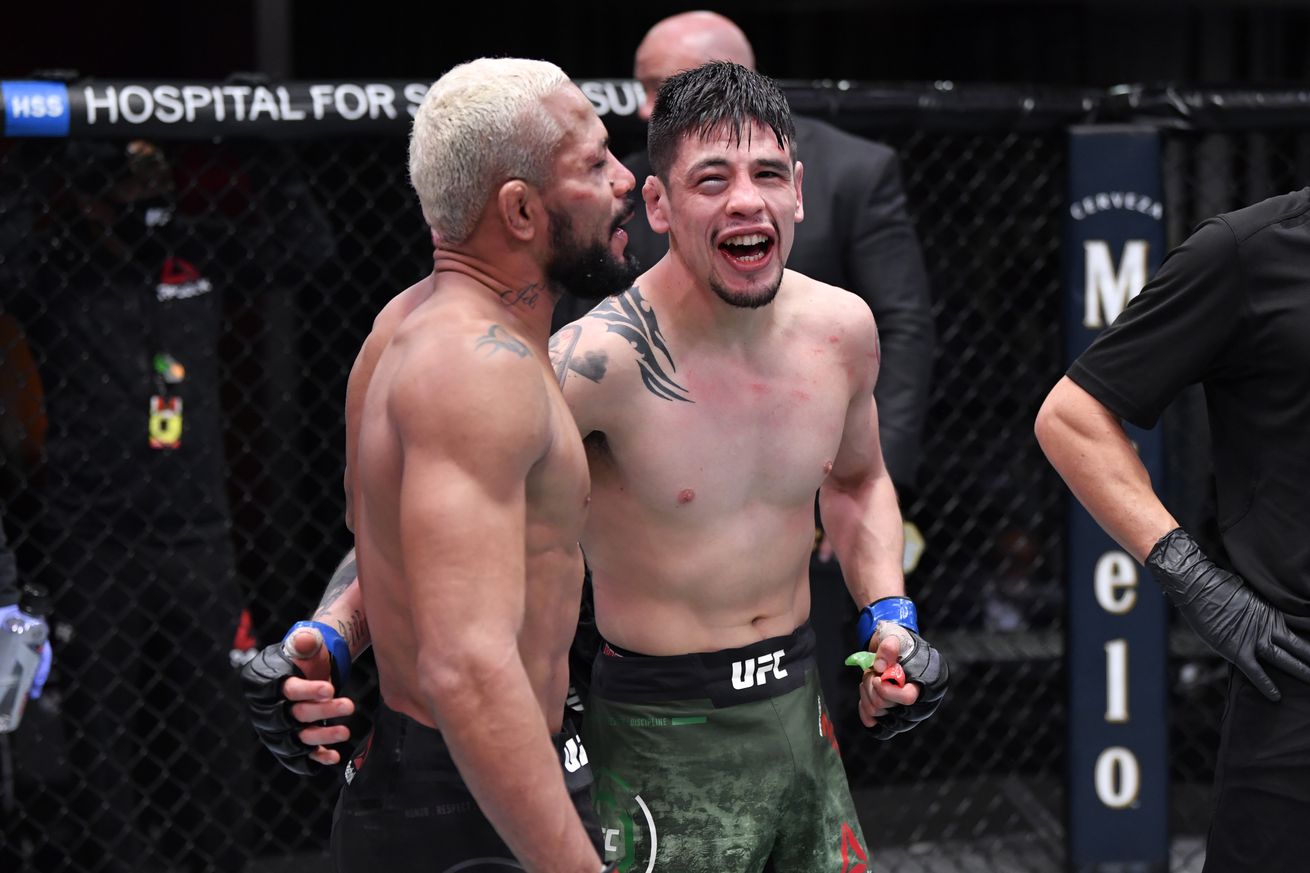 Once a weight class that didn’t have enough fighters to fill a top-15, Dana White has credited UFC matchmaker Mick Maynard for rebuilding the men’s flyweight division.

White’s comments come after this past weekend’s UFC 256 event, where flyweight champion Deiveson Figueiredo and Brandon Moreno fought to a majority draw in arguably the greatest flyweight title fight ever. Both men made quick turnarounds for the event after fighting just 21 days prior at UFC 255.

Talking at the post-fight press conference, White gave all the credit to longtime matchmaker Maynard for reconstructing the division and making it one of the most exciting in the UFC.

“I got to give it to Mick,” White said (Transcription via MMA Mania). “Mick went in and restructured and rebuilt that division and it’s one of the most exciting divisions in the UFC now. And tonight we put on a potential fight of the year and potential greatest fight ever in the division’s history. So, congrats to Mick.

“We all know no one cared about it,” White continued. “I sat up here at press conferences before the fight telling everyone why you needed to watch that division and why there were so many great fights, but people just didn’t give a s—t. You can’t make people care. They gotta care, or they don’t. Mick had some ideas, he wanted to go in and make some tweaks. And here we are today.”

When the UFC traded former flyweight kingpin Demetrious Johnson to ONE FC in a deal for the now retired Ben Askren, it looked like the flyweight division was on the way out and had no future. White hinted at this when asked what changed made the division exciting again.

Despite what White says, the UFC made the abrupt decision to cut Moreno in late 2018 after the flyweight lost just two of his five fights in the promotion. The Mexican then signed a multi-fight contract with LFA but the UFC picked him up again shortly after.


‘We all know no one cared about it’ - Dana White says Mick Maynard saved UFC’s flyweight division
Last edited: Dec 15, 2020
You must log in or register to reply here.
Share:
Reddit WhatsApp Email Link
Top Bottom