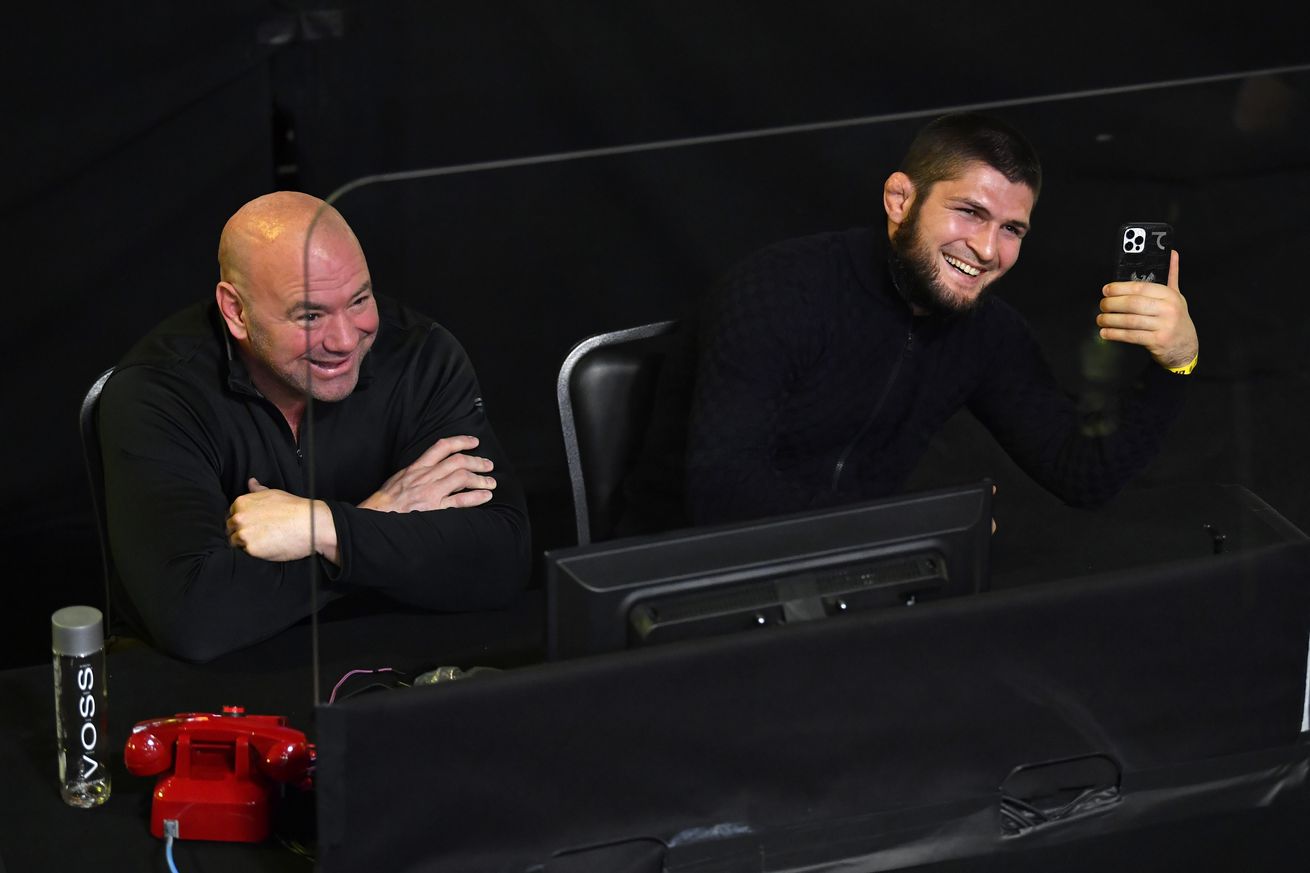 Khabib Nurmagomedov and Dana White during a UFC Vegas event in March. | Photo by Chris Unger/Zuffa LLC via Getty Images

From being an undefeated UFC champion and pound-for-pound king, Khabib Nurmagomedov is now happily retired. These days, the 33-year-old Dagestani not only plays the mentor role to contenders like Islam Makhachev, but he also runs his own MMA promotion company, Eagle FC.

At least based on news reports and interviews, Khabib seems comfortable wearing the promoter hat. But according to his former boss Dana White, it won’t be a smooth sailing venture, to say the least.


“He’s gonna find out what it’s like to be on the other side and it’s not as fun as it seems. He’s gonna learn,” White told reporters during the UFC Vegas 45 post-fight scrum on Saturday.

The UFC president says he’s willing to offer some guidance, should “The Eagle” reach out to him. But he already expects a trial-by-fire experience for Khabib.

“If he calls me and wants advice, I would absolutely give him advice. But yeah, I think he’s gonna learn the hard way.”

Eagle FC will also feature more weight classes, including a 165-pound division that several UFC fighters have called for in the past. However, it won’t include female fighters in its roster, at least for the time being.


Dana White warns Khabib as MMA promoter: You will ‘learn the hard way’
You must log in or register to reply here.
Share:
Reddit WhatsApp Email Link
Top Bottom