Xiong JingNan aims to continue trailblazing for China at ONE: Century 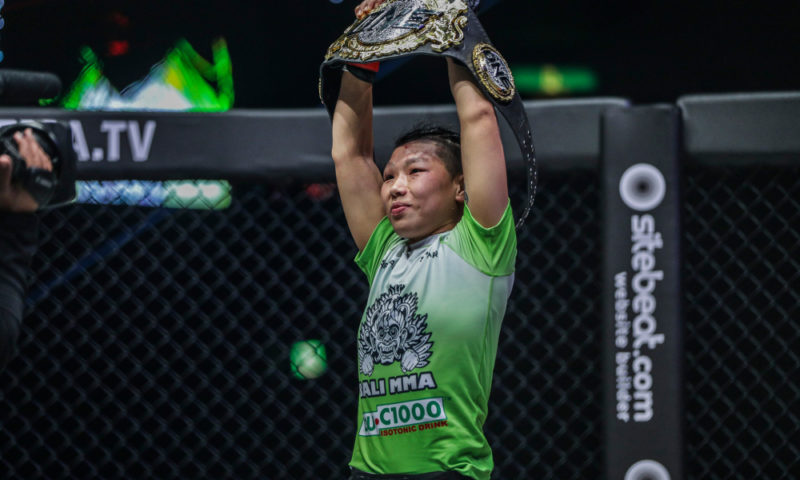 ONE Championship’s March 31 event from earlier this year was a big deal for several reasons.

For starters, it marked the first time that the promotion had hosted an event in the country of Japan and it was undeniably their biggest card to date. Its four title fights accompanied by the debuts of former UFC champions, Demetrious Johnson and Eddie Alvarez were all the evidence needed of that. That’s not even to mention additional stand out performances from legendary Thaiboxer, Yodsanklai Fairtex, and BJJ ace turned rising featherweight, Garry Tonon.

Ultimately there was one fight that stood tall out of the loaded night of combat sports greatness and it was the evening’s co-main event.

In said bout, fans were treated to the second-ever female champion vs champion super fight. It would be the undefeated 9-0 atomweight queen, Angela “Unstoppable” Lee’s big attempt to try and become a dual division titleholder by claiming the strawweight strap. However, the reigning and defending strawweight champion, China’s “Panda,” Xiong JingNan, had drastically different plans.

The two champions would put on a fight of the year contender as they battled back and forth over the course of four rounds and some change. In the end, JingNan would snatch Lee’s zero away when she continued to unleash her onslaught of punches and kicks to the body of her deflated opponent early into the fifth round.

For China’s finest, the win would act as somewhat of a coming-out party as she silenced the doubters on the largest possible stage. The stoppage extended her current winning streak to nine straight and was her third title defense.

“It’s a champion’s duty and responsibility to defend his/her title,” JingNan stated when speaking to The Body Lock. “Being a champion means much more than just the moment that you take the glory and the belt on stage.

“I might not be the most talented, but I will be the hardest working one. I am truly honored that I get to represent my country on the global stage and in a Tokyo event once again. I think me being part of ONE: Century shows the increasing competition level of Chinese MMA. It’s my turn to let the world hear China.”

This Sunday, October 13, ONE returns to Japan for yet another blockbuster event, ONE: Century. Largely surpassing their prior all-time biggest event in the aforementioned A New Era, the 100th major show in ONE: Century will be split into two separate parts with the first being headlined by the JingNan vs Lee sequel.

This time around, it will be the Bali MMA product’s turn to try and further etch her name into the walls of the MMA history museum.

Continued: Xiong JingNan aims to continue trailblazing for China at ONE: Century 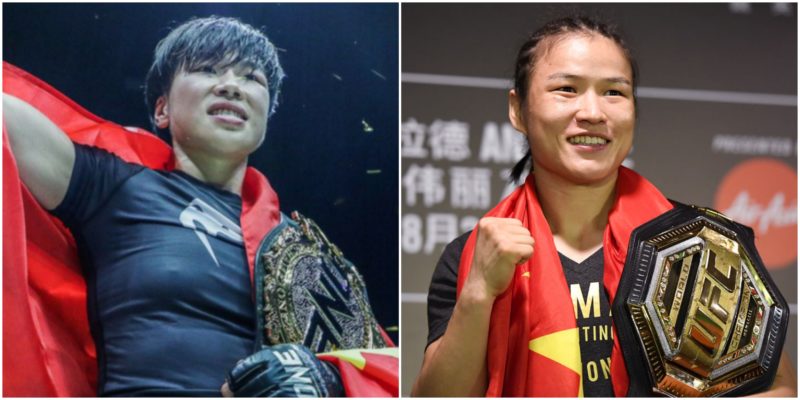