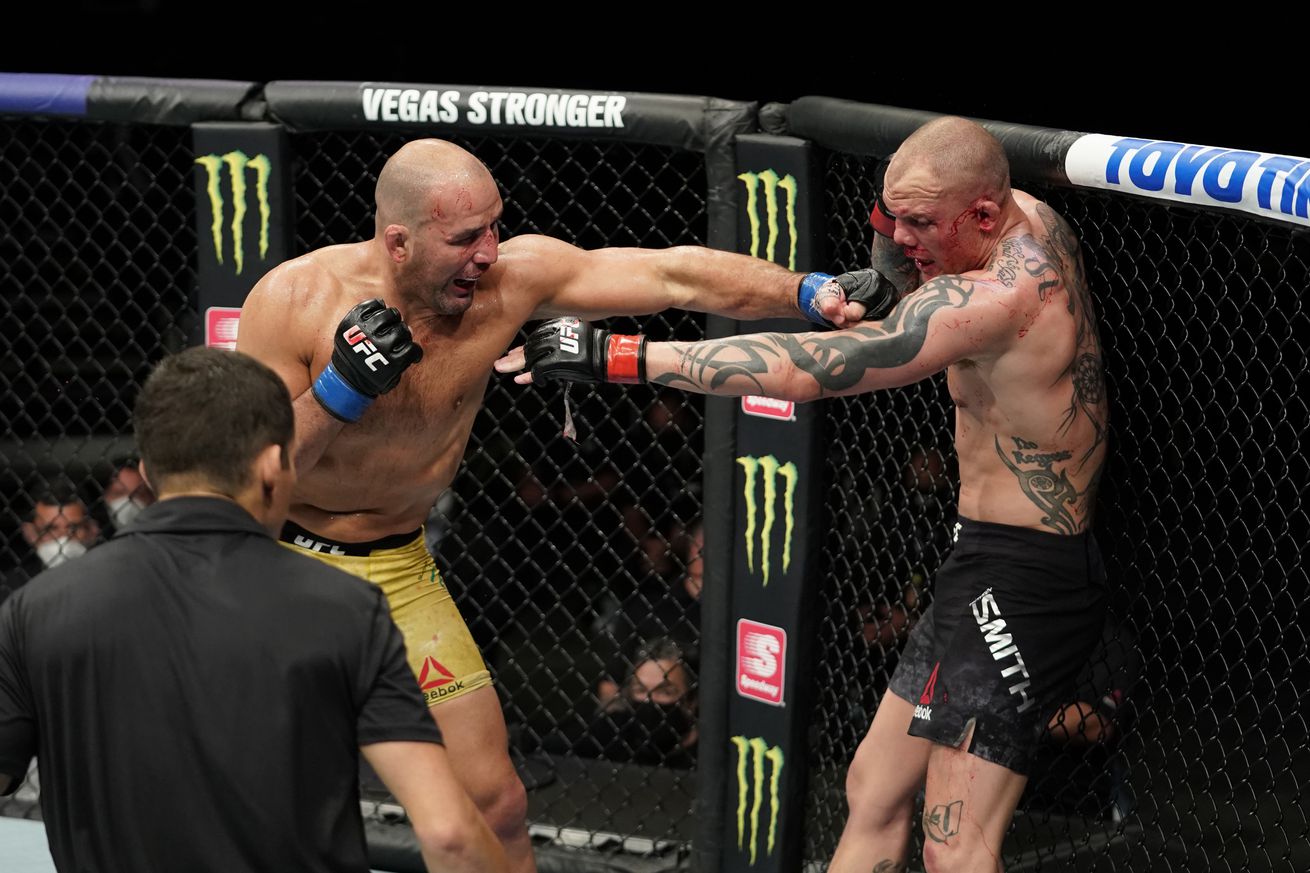 Smith lost by fifth-round TKO but there are solid arguments to be made that it should’ve ended a round sooner than that, if not when he was dropped in the third-round. At the end of round four, he told his corner that his teeth fell out, something his coach Marc Montoya later brushed off as just his veneers.

Since then, Smith has revealed to ESPN’s Ariel Helwani that among his laundry list of injuries from Wednesday, he did have his actual teeth knocked out and…

glover saw him hand a tooth to ref and glover said It's part of the job or something like that.

That uppercut Glover hit him with changed everything.

Wild said:
That uppercut Glover hit him with changed everything.
Click to expand...

Without the roar of the crowd they say that shot was heard in the parking lot.

Wild said:
That uppercut Glover hit him with changed everything.
Click to expand...

Smith is too tough for his own good, he kept responding to Herzog, his corner knew he would lose his shit if they threw the towel.

Problem is he was telling them he was done without actually saying it, he told Herzog too when he turtled up after getting rattled and his face broken, that should have been it but can't blame Herzog for giving him the benefit of the doubt.

It falls on the corner for me, he gave them what they asked for a round, it was clear as day he didn't have anything left, when he sat down and said my teeth are falling out thats that as far as I'm concerned.

Shame as well because everybody is talking about the wrong aspects of this fight. Glover looked good, Smith couldn't keep his own pace and Glover knew it, as soon as he felt Smith slowing down he brutalised him, was a great fight and performance from Texeira.

Bad idea to accept blame. He should have said he was giving Smith every opportuntity to get back in the fight.
You must log in or register to reply here.
Share:
Reddit WhatsApp Email Link
Top Bottom