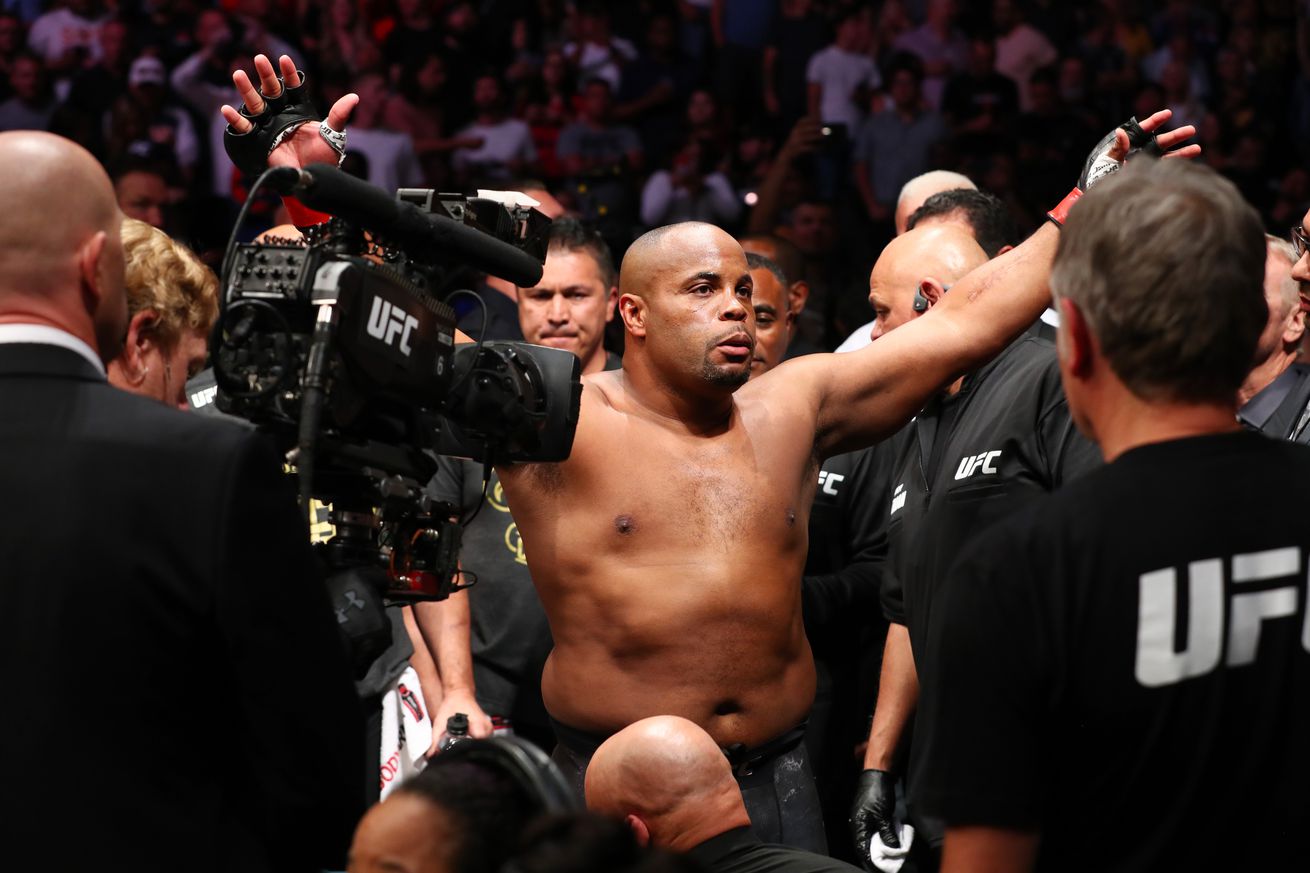 Daniel Cormier wants to be the man to stop the devastating win streak Francis Ngannou is on.

 Ngannou (15-3) knocked out Jairzinho Rozenstruik in just 20-seconds at UFC 249 this past weekend. The Cameroonian KO artist’s three fights before that all ended in a similar fashion, with wins against former champions such as Cain Velasquez and Junior Dos Santos.

Cormier has been on a mission to get his heavyweight title back since losing it to Stipe Miocic last year. With the coronavirus affecting Miocic’s training, DC said at the UFC 249 post-fight show if Miocic doesn’t fight then he will challenge Ngannou.

“If Stipe won’t fight, then Francis Ngannou has…

DC is a savage for being willing to fight Ngannou at his age. Dude is a competitor.

Survive the 1st and then take Ngannou on a tour of WrestleFuckUSA.

Tire him out and get the GNP finish ...or decision win.

I'd imagine that is the gameplan DC would go in with...

DC should have retired after Stipe 1

ENOCK said:
Survive the 1st and then take Ngannou on a tour of WrestleFuckUSA.

Tire him out and get the GNP finish ...or decision win.

I'd imagine that is the gameplan DC would go in with...
Click to expand...

That 1st round would be some serious survival~ like getting lost in the Mt. Everest with no food and water type of survival

D.C. will beat Frances.....for sure, he’s too good of a fighter to lose a fight like that

probably wants to avenge his buddy Cain's loss too

Jon was talking about it since the KO on saturday

Now you know why Jones wants the fight.

D.C would beat the piss out of Francis, even at 40.