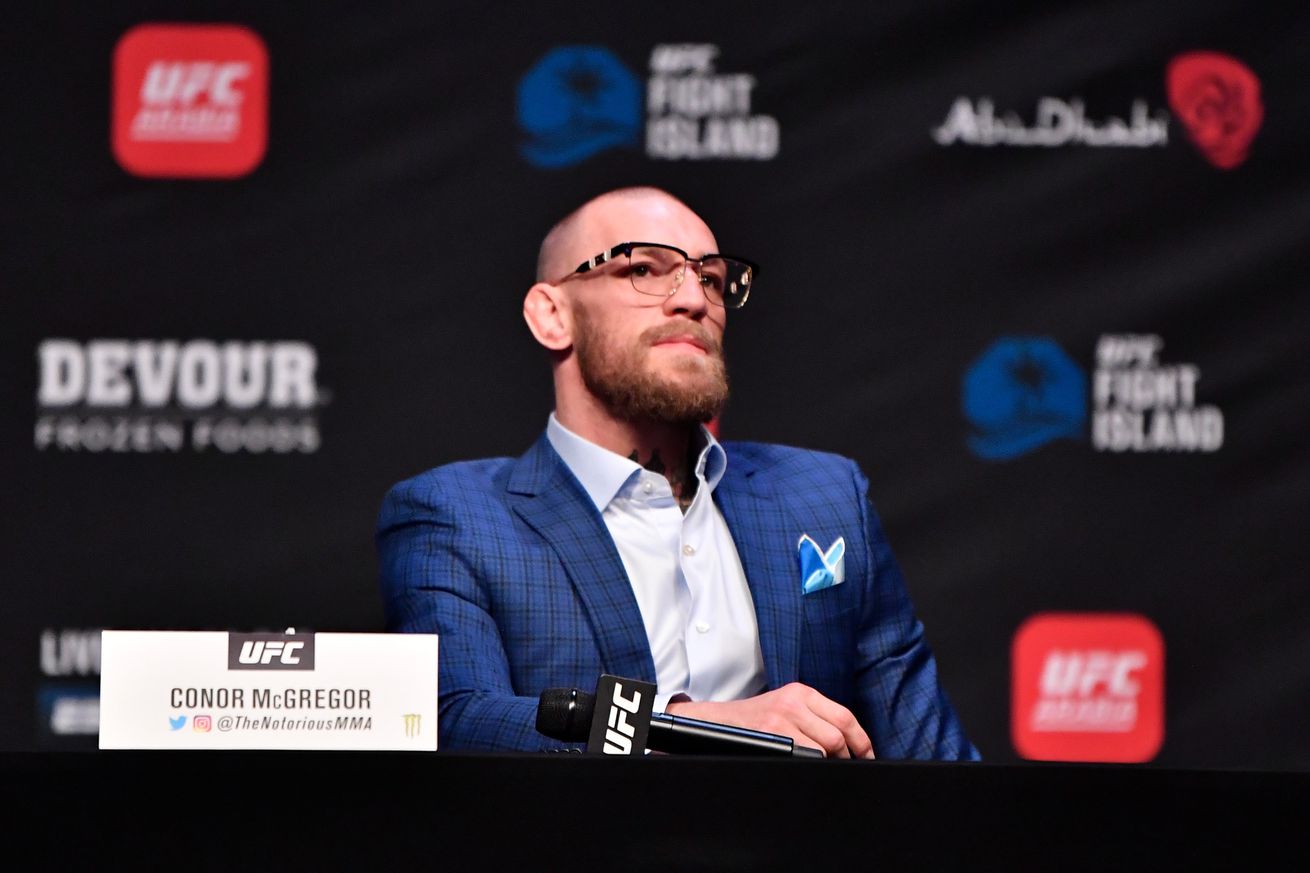 A more subdued Conor McGregor dismissed the “myth” about the cardio and conditioning issues he supposedly has.

Fans, fellow fighters, and opponents are well-acquainted with Conor McGregor’s hammer of a left hand. On the flip side, one of the long-running topics of conversation about “The Notorious” in terms of his weaknesses is his gas tank during fights.

Joe Rogan and Firas Zahabi talked about it a couple of years back. As Zahabi theorized, it’s possibly linked to genetics.

“I think it’s a myth,” McGregor told the media. “Obviously, you had the Diaz one, the first Diaz fight. I went from featherweight and then a month or so later, I was at welterweight. That’s obviously gonna have impact. And there was other issues.

“But I think, overall, it’s a myth. It’s a myth that’s out there and that’s it. I hope we can answer it in time. At some stage, I keep showing up here, someone’s gonna be able to stay in the pocket with me and stay in there and fight with me. And I hope it’s this Saturday night.

“I’m in some shape here at the minute, and I tell you this now: I am coming to put on a masterpiece,” he added.

McGregor did predict a 60-second knockout win over Dustin Poirier in this upcoming rematch. But he hopes for a longer fight at the same time, given the shortage of action he got in 2020.

“I have put in a lot of work to get myself correctly to the 155-pound frame,” he said. “I got 40 seconds inside the Octagon 2020, which caused major frustration. It’s not enough. I need more.

“So I’m gonna go in there and I believe I can get him out there and possibly will hit him early and hurt him. But I hope for a good, long bout.”

UFC 257 happens this Saturday at the Etihad Arena in Abu Dhabi. Co-headlining the event is the debut of ex-Bellator champion Michael Chandler, who takes on number six-ranked contender Dan Hooker.

This guy could sell ice cubes to eskimos. Coconut water to Hawaiians.Birch water to Vermonters.Rain water to Indians.

Be careful what you ask for, I saw his ass crying in that second Diaz fight where they gifted him the decision or that would have been it for Conor as far as legacy
He “re-set” 15 different times as Nate clowned him