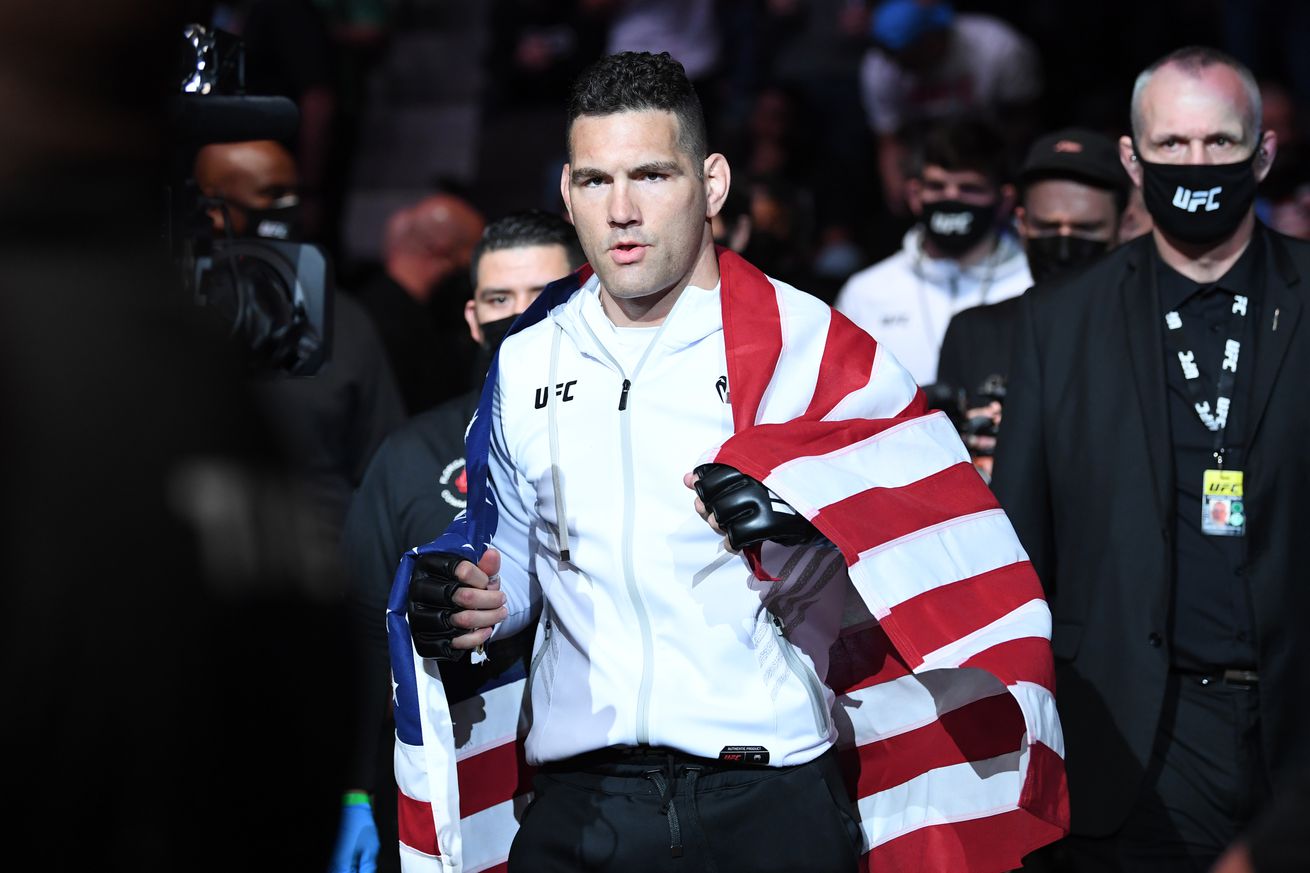 Chris Weidman is not done yet. The former UFC middleweight champion may have suffered one of the most gruesome injuries in recent memory when he snapped his right leg at UFC 261, but he would like to return to competition regardless.

Weidman has undergone surgery to fix the completely broken tibia and fibula he sustained, which was done by inserting a titanium rod in his leg. The recovery process will take several months, effectively ruling him out for the rest of the year, but Weidman says he still wants to fight.

In an interview with Ariel Helwani of ESPN, Weidman explained why he is so focused on coming back after making a full recovery from surgery.

“It’s just so frustrating, and I know how much work it’s gonna take, but yeah, this is what I want,” said Weidman. “I just know how good I am, and I want to be able to prove it. I don’t have many more years left of being able to do that. My body never felt so good before this fight. I just can’t believe this happened. It just sucks. I was really excited to show the world how good I am, to put it out there, but this happened. So I just want an opportunity to go out there and do what I know I’m capable of while I still can.

“If I can get my body back to where I feel like I’m that guy again, I 100 percent want to fight. I want to be able to demonstrate the talents I have and put on a show and also be able to inspire other people. Coming back from this is not gonna be easy, and it’s way tougher of a recovery already the first 10 days than I could have ever imagined. So it’s gonna be a long, long road. I’m not gonna be able to walk for, I think, two months, put weight on it and stuff, so I am completely bedridden.”

Weidman continues to update fans on his recovery process and while there are some concerns about worst case scenarios such as amputation, he is working on one thing at a time. The most pressing issue at the moment is his inability to feel anything at the bottom of his foot and in some of his toes.

Weidman is going to meet with a physical therapist to hopefully help mitigate the nerve damage. Although he remains optimistic, Weidman is conscious of the nerve damage being permanent and that may affect his fighting career significantly.

“My foot still hasn’t had complete feeling come back yet, so the bottom of my foot and some of the toes are still almost like your foot fell asleep,” said Weidman. “There’s no telling with nerves how long they take to come back or if they ever come back. It may never come back, so that’s not a good thing because I think I was talking to my surgeon or another doctor and they were saying for athletes, like the proprioceptors in your foot are super valuable obviously, so I need to get that feeling back in my foot. I could move my toes, I could feel they’re there, they’re just not normal. They’re still like sleeping. So I’m hoping that goes back.”

Don’t like this thought process. Let it go and enjoy retirement.....or maybe he can’t retire for monetary reasons?

Looking for something to eat

Just work on walking and being strong again first

He is gonna be surprised at the atrophy

He has taken a lot of damage
T

Maybe the Spider would be up for an IHOP trilogy belt challenge.

ouch, if the nerve damage is mid/long term, he'll find himself fighting on a dead leg and get KTFO. as if he didn't have enough to worry about with the question mark around shin femininity.

Let's focus on being able to hike for an hour on dirt without screaming in pain later that night, before he starts thinking about his UFC comeback at almost 40 years old and with a record of 2-6 over the last more than half decade, including five brutal KO losses and a horrific shattered shin. I mean, even without the leg break, if Hall just KOed him, which he was odds-on to do, then it would have been time for Weidman to walk away from active competition. Some guys fall off quicker than others, and there's no shame in that. Even without the leg break, Weidman's body has been broken and reassembled too many times.

I have to say, this happening to Chris after he beat Anderson this way is the eeriest thing to happen in MMA, maybe ever.

Good to see him walk across his kitchen unassisted, with no cane. Dude is a beast.

He and Tiger should work on their recovery together. Weirdly, I could see them clicking.

kneeblock said:
He and Tiger should work on their recovery together. Weirdly, I could see them clicking.
Click to expand...

Tuc Ouiner said:
Maybe the Spider would be up for an IHOP trilogy belt challenge.
Click to expand...

I don't even care how dumb that was, I legitimately laughed out loud. I am 50. And for real did laugh our loud. Amazing!

kneeblock said:
I have to say, this happening to Chris after he beat Anderson this way is the eeriest thing to happen in MMA, maybe ever.
Click to expand...

I agree with this. It's mind blowing to me. But most people seem to be so ho hum about the whole situation.