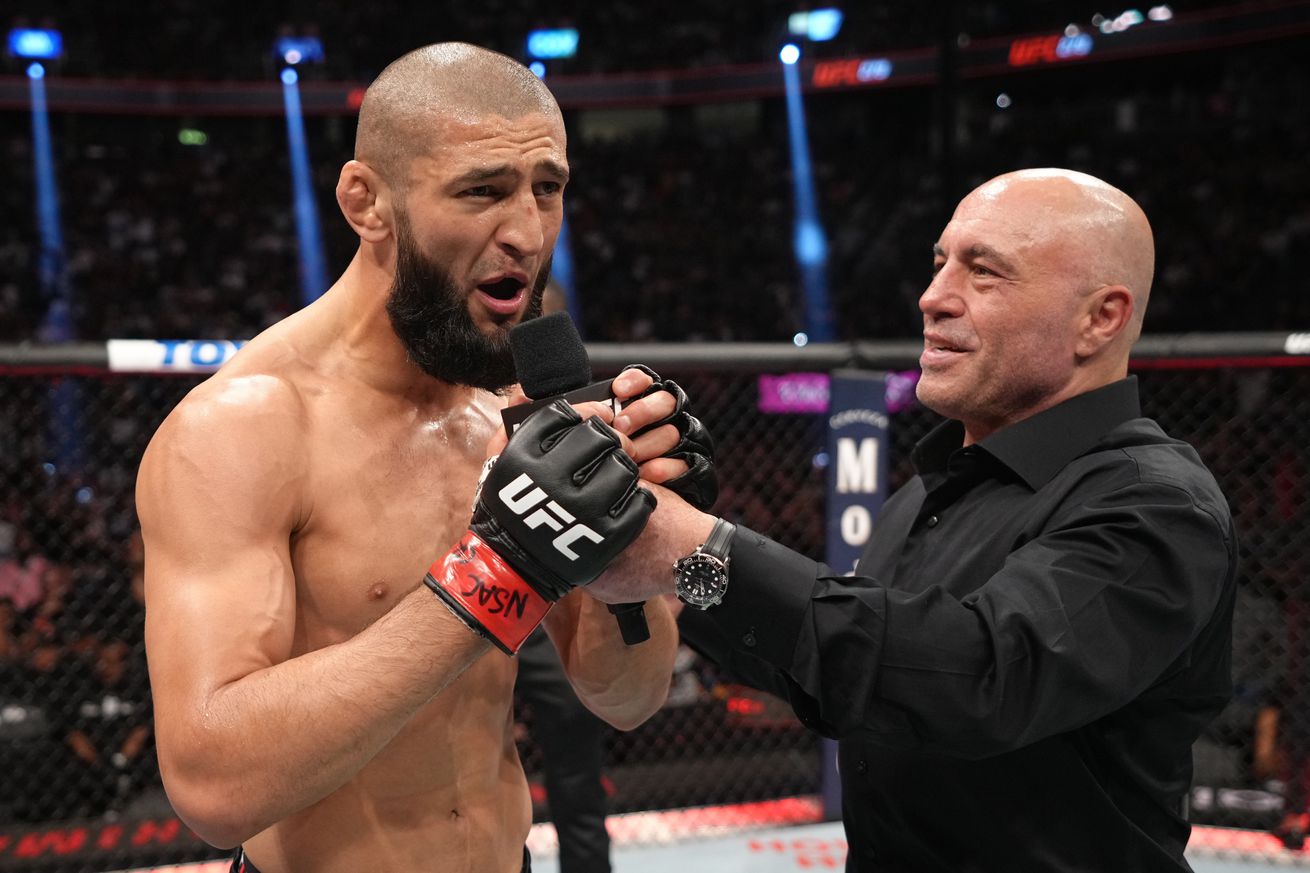 Khamzat (12-0 MMA, 6-0 UFC) has more Octagon victories than Pereira (7-1 MMA, 4-0 UFC) and believes he deserves a title shot based on his current undefeated streak and standout victories over Kevin Holland and Gilbert Burns.

The Chechen-born, Swedish-based talent took to social media where he teased a title showdown with Pereira following his come-from-behind TKO victory over defeated champ Israel Adesanya at UFC 281.

“This guy did fight for the belt with a 6-1 record, let me smash him, I have a record 12-0 let’s go brother make it happen @danawhite in Brazil ” – Chimaev, who has two stoppage victories at middleweight, posted on Instagram.

Khamzat last fought at UFC 279 where he defeated last-minute replacement Kevin Holland after trapping ‘Trailblazer’ with a brabo choke in the first round. The bout was contested at a catchweight of 180 pounds after Khamzat missed weight against Nate Diaz and was demoted to the co-main event.

‘Borz’ is expected to return to competition next year against former interim welterweight champion Colby Covington in a number one contender’s bout targeted for UFC London.

this guy is dreaming if he thinks he is going to get a title shot before izzy gets a rematch .in reality they have a new champ who has only fought 1 guy in the top 15. they have a lot of options . khamzat is too full of himself

I think lot of people are gonna get KOed fighting the pereira
You must log in or register to reply here.
Share:
Reddit WhatsApp Email Link
Top Bottom