General Do other countries pay their prisoners?

My google fu is off tonight. Can only find US sources.
Is there monetary compensation for prisoners in your country?

Moved to an incognito window. Google screwing me. Only giving me the results it thinks I want.


Inmates will effectively be required to do full-time jobs in jail, the Justice Secretary will say.

In exchange, they will earn a "real" wage. Much of the money will be withheld and paid to victims' support funds.

Prisoners who work are paid at least £4 a week, but several schemes allow inmates to earn much more. The average prisoner who works is paid about £10 a week.

The Justice Secretary will announce that under his plan, prisoners could get the minimum wage of £5.60 an hour.

Much of the money they earn will be withheld by prison governors. Some money will be used for a new Victims' Fund and some could help pay for the prison system.

Related Articles
Mr Clarke's aides said last night that prisoners would not be substantially better off.

The average working prisoner might keep about £20 for a 40-hour week, they said.

However, the prospect of inmates getting large pay rises could prove controversial.

Prisoners are not paid in cash but receive "credits" to buy controlled items including phonecards and tobacco.

Mr Clarke will tell the Conservative grassroots today that making prisoners work will ultimately make it less likely that they will return to jail.
Click to expand...

A prisoner incentives scheme which pays inmates as little as 20 cents an hour for work should be reconsidered by the Government, a prison reformist says.

The Department of Corrections operates the Prison Incentive Framework, which aims to improve the work habits of prisoners and their participation in vocation training, documents obtained by Stuff under the Official Information Act show.

Established in 2002, the nation-wide framework provides six levels of paid incentive, at between 20c to 60c an hour depending on an inmate's assessed work habits, skills and level of responsibility.
Click to expand...

Does the US pay more out than the rest of the world combined? 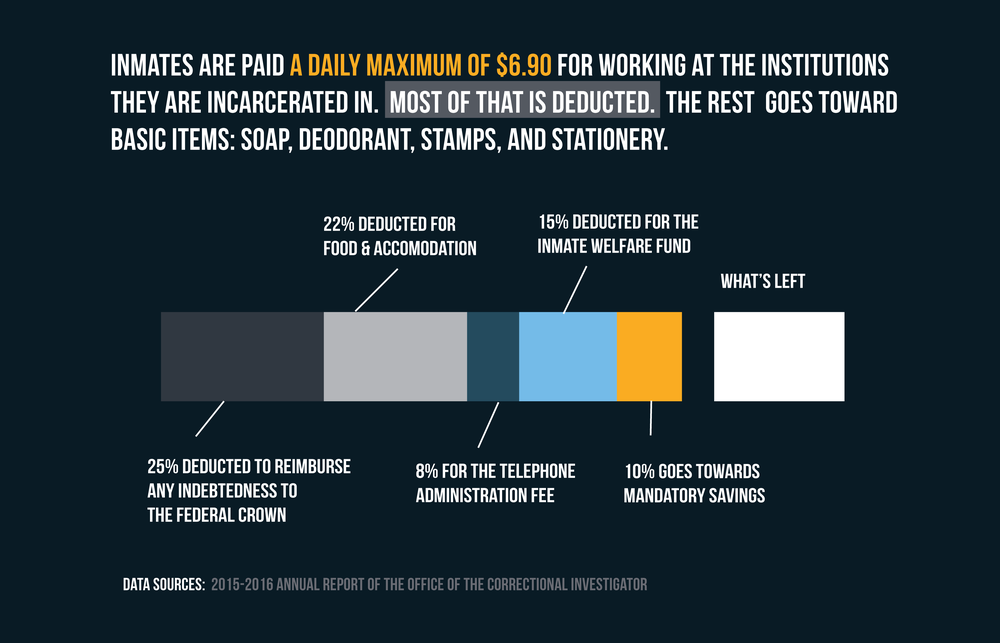 Miesha's Taint said:
Does the US pay more out than the rest of the world combined?
Click to expand...

You know I don't care.

There is a push in some circles to pay inmates minimum wage, which is why I'm reading about this.


Miesha's Taint said:
Does the US pay more out than the rest of the world combined?
Click to expand...

Inmates working for UNICOR earned an average salary of $1,645
N

Damn you could end up owing them money. Next excuse for the parole board " I can't afford to stay locked up"

0.69 / savings
You leave with 250 bucks in your pocket at the end of a year long sentence.

What I meant was...who cares if we spend more. We aren't broke poors like the rest of the world that have to deal with criminals running free because they can't afford to enforce the law.

I really didn’t find anything with general comparisons, so I just decided to look up by country. It’s not easy to find anything.

First example, Japan. Found this article, claims they get ¥5000 ($40/mo), put aside for when they’re out of the system.
What killers can expect in Japanese prisons

Russia
Working in the Gulag

Then I got lazy and stopped.

I've been detained in secure hospitals. No pay day sadly. I get benefits now though. I kind of deserve them!?!

yuki2054 said:
I've been detained in secure hospitals. No pay day sadly. I get benefits now though. I kind of deserve them!?!
Click to expand...

Hell yea you do. Its not easy to be batshit crazy.

HEATH VON DOOM said:
Hell yea you do. Its not easy to be batshit crazy.
Click to expand...

I wouldn't mind prisoners low pay if a portion went to commissary and the products they made were solely for public use like school supplies. Nearly all NY state desks and chairs in schools are made by prisoners, or at least they were when I was growing up. But today prisons enter into contracts with corporations to have prisoners make things for them which they then sell. That's little better than slavery.

I found an article from 2014 for Germany.

If you are too dangerous to be set free, after doing your sentence, you can actually earn more, for some juristical reason, then it's between 330 and 600$. rounded estimates based on Euro to USD.

You can earn some extra money on top of that. There, the individual states make the rules.

All money earned in the joint is tax-free.

For reference, wellfare is ~440$ + they pay your rent and insurance etc. <- that is by the way way more luxurious than what a university student has to live with.

@Splinty next time u fuckers pink me I want a wage!