Hauler said:
Slip of the Tongue is also a great tune by Faster Pussycat.
Click to expand...

I just love that the 30 year anniversary release is my first Donington at 14 years old and Vai was playing for them as a stand in.

I didn't know who he was then, but feel proper lucky I got to experience it.

Go All the Way – Raspberries

Sunday song of the day: Today’s song is the biggest hit from a short-lived pop band from Cleveland.

In 1970, four young musicians from Cleveland formed a band they named Raspberries (without a “the” preceding the name.) In 1971, they replaced the bass player and also recorded a demo tape. On the strength of the tape, they were signed to Capitol Records, and in April 1972, they released their first album, titled simply Raspberries.

The first single from the album, Don’t Want to Say Goodbye, only made it to #86 on the Billboard Hot 100 chart. The next single, Go All the Way, was a major hit, peaking at #5 on the Hot 100 and selling over a million records. Go All the Way was a pop song about a guy making out with his girlfriend and her suggesting that they “go all the way” and have sex. Rock music has always had sex as a major theme – the term “rock and roll” itself is a euphemism for sex – but in the early 1970s it was a bit odd for a squeaky-clean pop band to be so forward about it. For the most part, though, people didn’t care and it was not a big issue. An exception was over in England, where the BBC banned the record from radio play.

The band went on to release three more albums and have three more Top 40 hits before disbanding in early 1975. In 2004 the band reunited and had a few brief tours until 2007.

After Raspberries initially disbanded in 1975, lead singer and main songwriter Eric Carmen went on to have a successful solo career. As a solo performer he had eight Top 40 hits, including the #2 All by Myself in 1975, the #4 Hungry Eyes in 1987, and the #3 Make Me Lose Control in 1988. In addition, he wrote numerous hits for other artists, including four that reached the Top 10.

In 2014, Go All the Way gained some more recent exposure when a brief section was used in the film Guardians of the Galaxy, and the song was included on the soundtrack album. The album, Guardians of the Galaxy: Awesome Mix #1, consisted of hit songs from the 1970s that were used in the film. It was the #1 album on the charts for 16 weeks and has sold almost 2 million copies.


Tomorrow: Take my girl dating at the drive in

I think this one is called Tornado Warning

Monday song of the day: Today’s song was a regional hit in the Detroit area before it broke nationwide a few months later.

In 1963, a Detroit doo-wop group called The Reflections released a single called You Said Goodbye on the local Kay-Ko record label. The record was moderately successful in the Detroit area, but was far from a hit. It did get the notice of a larger Detroit label, Golden World Records, though.

The band signed to Golden World, who had them record a song written by Freddie Gorman, who the label had just signed from competitor Motown Records. The song was (Just Like) Romeo & Juliet, a wishful tale of a teenager’s plans to get a job, buy a car, and take a girl out on a date to establish one of the world’s great romances.

The record was released in February 1964, and got immediate airplay on CKLW, a Canadian radio station right across the river from Detroit in Windsor, Ontario. The rock and roll stations in Detroit proper soon followed suit and the song was the city’s #1 hit in March. The success in the region soon expanded nationwide, and (Just Like) Romeo & Juliet entered the Billboard Hot 100 at #86 for the week of April 11th, 1964. It slowly rose up the chart before peaking at #6 on May 30th.

Over the next two years, The Reflections released ten more singles, but none cracked the Top 40. An attempt to duplicate the success of (Just Like) Romeo & Juliet called Like Columbus Did just barely made the Hot 100, topping out at #96. An even later copycat song called Like Adam and Eve was released in 1966 and didn’t chart at all.


Tomorrow: Oh, she may not look like other girls

Too swole to control

I’ll fight anyone on here except Sex Chicken

Finally just ordered a Bauhaus t shirt because of this.

Tuesday song of the day: Today’s song was an alternative rock hit for a female-led band.

In the wake of the Nirvana breakthrough, there were numerous opportunities for alternative rock acts. One such band was formed in 1992 by Nina Gordon and Louise Post. Both played guitar, sang, and wrote songs. They later added Jim Shapiro (Nina Gordon’s brother) on drums and Steve Lack on bass. The band was named Veruca Salt, after a character in the film Willy Wonka and the Chocolate Factory.

After writing songs and performing a few live shows, they were signed to the small Chicago-based Minty Fresh Records and sent out on tour with more established bands, such as Hole. I happened to see Veruca Salt play live in July 1994 at the Black Cat Club in Washington, DC, opening for Bikini Kill. In September, 1994, they released their first album, titled American Thighs after a phrase in the AC/DC song You Shook Me All Night Long. A month later, the first single from the album, Seether, was released. There are many interpretations of the song, and songwriter Nina Gordon mostly refuses to pin down exactly what the song is about, but it’s safe to say that it is at least partly about unbridled rage.

While all this was going on, hype was building around Veruca Salt and several major labels made offers to sign the band. Geffen Records bid the highest and partnered with Minty Fresh to distribute the band’s music. They made a video for Seether and it received heavy airplay on MTV. Seether was a hit in England, and made it to #8 on the Billboard Modern Rock chart. It didn’t make the overall Hot 100 chart, however.

Another album followed in 1997 and the band had another minor hit with Volcano Girls. In 1998, Gordon left the band under acrimonious circumstances. Veruca Salt continued as Post’s band for years, until 2013 when all four original members reunited.

A South African metal band originally named Saron Gas changed their name to Seether after the title of the Veruca Salt single, and in 2013 released a cover version of the song.


Tomorrow: In fact it was a little bit frightening

Was listening to them yesterday when I was cooking. I know they ripped off Tool with their last album but I like Seether. They hover above the TDG/Breaking Benjamin/all the other pap rock enough that they don't suck. I'm a fan.

Wednesday song of the day: Today’s song is an accidental hit that became one of the most famous one-hit wonders of all time.

In 1974, Jamaican singer Carl Douglas was going to record a song called I Want to Give You My Everything, and the producer said that they needed another song for the B-side of the single. He asked Douglas if he had any lyrics that might make a song. It turns out Douglas had some lyrics for a bit of a novelty song about Kung Fu. Bruce Lee had just died months earlier, and martial arts films from Hong Kong were still very popular.

The producer, Biddu Appaiah, took Douglas’s lyrics, quickly dashed off some music to fit them, and thus Kung Fu Fighting was born. They then spent most of the scheduled three-hour studio session recording I Want to Give You My Everything. In the final ten minutes of studio time, they did two quick takes of Kung Fu Fighting. They felt no need to use additional studio time since it was just filler to use for the B-side of the more important song.

The record label, however, loved Kung Fu Fighting and released it as the single. (Using another song, Gambling Man, as its B-side to save I Want to Give You My Everything for later use.) The label was right. While it sold poorly at first, it became popular in dance clubs, and eventually broke into the mainstream. After the slow start, Kung Fu Fighting became a major hit. It topped the charts in many different countries and was #1 on the Billboard Hot 100. Eventually it sold over eleven million copies.

It was the only time Carl Douglas cracked the Top 40 in the United States. A follow-up record in 1975 called Dance the Kung Fu made it to #48 on the Hot 100, but that was the only other time he charted in the US at all.


Tomorrow: My lonely days are over and life is like a song

Thursday song of the day: Today’s song became an enduring classic almost twenty years after it first appeared in a movie.

The songwriting team of Mack Gordon and Harry Warren wrote the song At Last in 1941 for the film Sun Valley Serenade. It was recorded for the film by Glenn Miller and his Orchestra, with vocals provided by John Payne and Pat Friday, but only the instrumental track was used in the finished film. The full version with vocals was finally released on record, however, in 1954. Prior to this belated release of the original recording, Glenn Miller rerecorded the song in 1942, this time with Ray Eberle doing the singing. This version was a hit and peaked at #2 on the Billboard Pop Music chart.

At Last was recorded by numerous artists since then, but the definitive version was recorded by the great Etta James in 1960. This version made it to only #47 on the Billboard Hot 100 in 1961, but its influence far exceeds its initial chart placement. At Last became inextricably associated with Etta James. Beyonce played Etta James in the 2008 film Cadillac Records, and sang the song in the movie. Beyonce’s version of At Last was released as a single and placed at #67 on the Billboard Hot 100. It won a Grammy for Best Traditional R&B Vocal Performance, but almost all reviews of the record mentioned that while Beyonce’s cover was good, it paled in comparison to the Etta James recording.


Glenn Miller and his Orchestra (with vocals by John Payne and Pat Friday), 1941


Tomorrow: They hurt you at home and they hit you at school 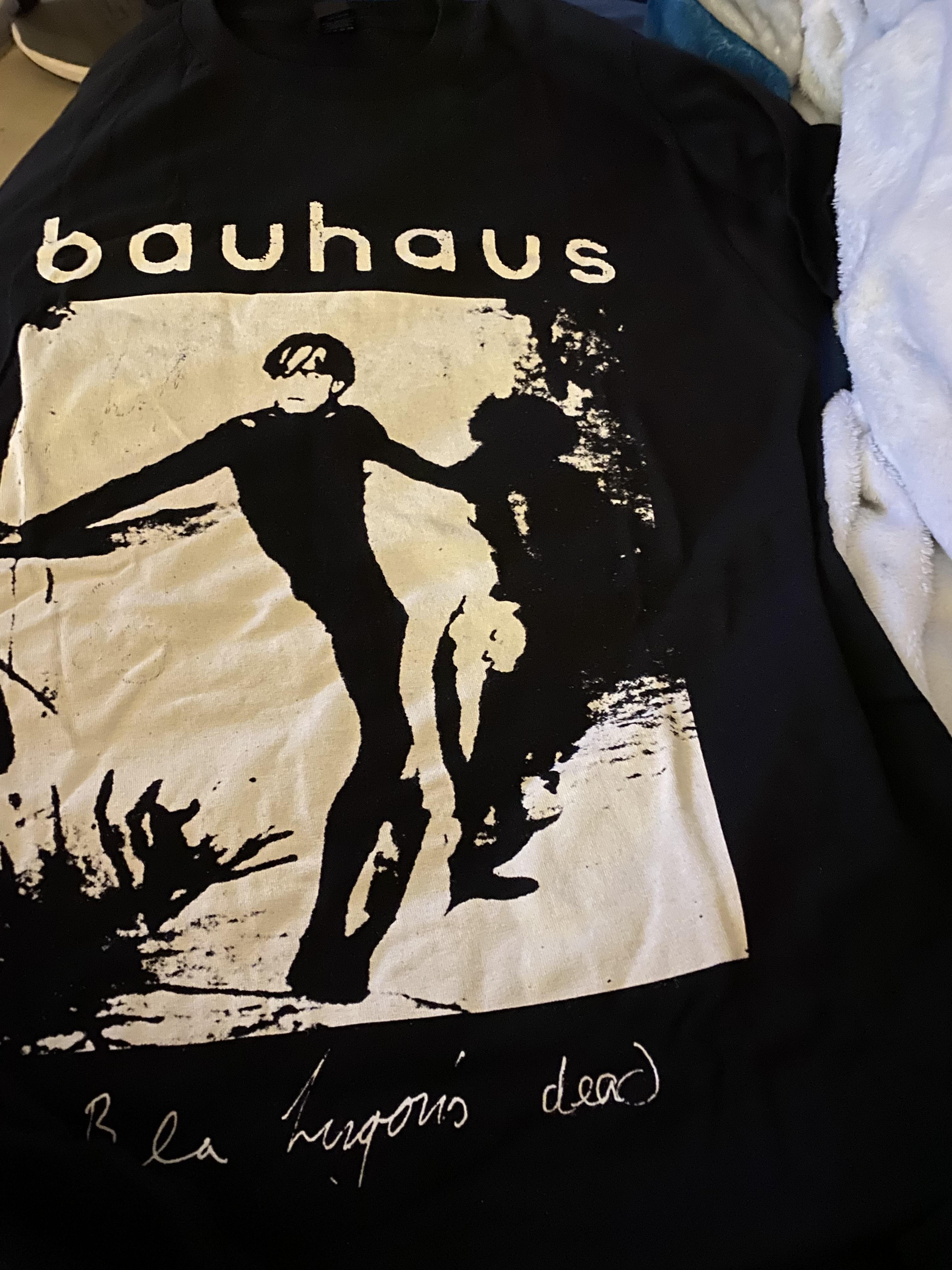 Friday song of the day: Today’s song is John Lennon at his most leftist.

The song has been covered numerous times over the years, by artists including Ozzy Osbourne, Marilyn Manson, and Green Day. The cover version included here is by Marianne Faithfull from her brilliant 1979 album Broken English.